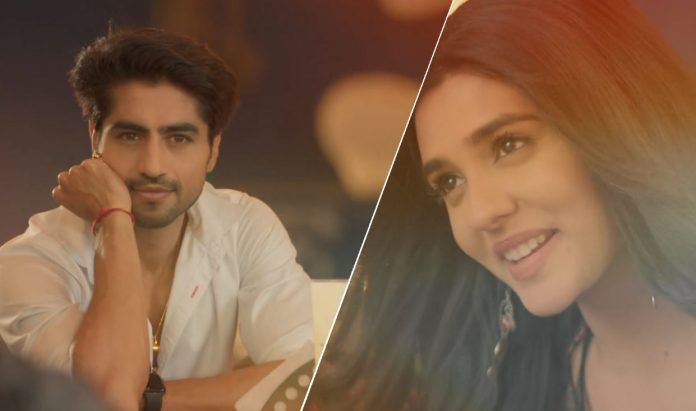 Yeh Rishta 3rd November 2021 Written Update Ishq Wala Love Akshu agrees to sing on Abhimanyu’s request. This shocks Kairav and Vansh. They doubt that something is special that she isn’t shy to sing today. Akshu takes the suggestions about the song. She takes up the song chosen by Abhimanyu. Akshu too falls for Abhimanyu, but doesn’t realize it herself. Kairav finds some chemistry between Abhimanyu and Akshu. He wants to be sure that Abhimanyu is a nice guy. Abhimanyu suggests his mum’s favorite song. He removes the earband to just focus on Akshu’s songs. Akshu mesmerizes Abhimanyu by her vocal skills. She sings the song so perfectly by adding her own lyrics. Abhimanyu becomes her fan.

He feels her voice and singing can heal anyone’s illness better than his prescribed medicines. He finds her music a medium of healing. He can’t stop himself from hearing her amazing song. She just sings for Abhimanyu. Her voice reaches and enters his heart. He focusses on Akshu. He feels she is the right girl for him, for whom he was waiting since long. He can’t get enough of her. He finds everybody applauding her amazing singing.

Akshu’s cheerful smile gets Abhimanyu’s attention. Abhimanyu tells them that he is attending the same mask festival for which they have come. Kairav is reluctant on meeting Neil and Abhimanyu again. He is a protective brother. Abhimanyu and Akshu get into a moment. Abhimanyu understands Kairav’s concern for his sisters. He tells that he would have felt the same if his sister came with a stranger. He promises to never do anything wrong. He assures that he is a man of his words, and he isn’t dual-faced. Kairav likes his honesty.

He still stays an alert and responsible elder brother for his sisters, in his parents’ absence. Abhimanyu later speaks to Manjiri on call. He informs her about meet Akshu and Goenkas. He names Aarohi first, and leaves Manjiri confused. Manjiri thinks he has developed a liking for Aarohi. He doesn’t lie to her and praises the Goenka family. He fails to complete the talk and tell about Akshu. She learns about Aarohi Goenka, the state topper who Abhimanyu likes. She talks to Harsh about Abhimanyu’s marriage.

She tells that even if Abhimanyu runs away from marriage, he has to get married. Harsh expresses his unhappiness in his marriage, since he got married to Manjiri unwillingly. He has no respect for Manjiri, who is just a housewife. He asks her to find a good match for Abhimanyu. He wishes that Abhimanyu doesn’t get a fate like his dad’s. Manjiri wants to find the best girl for her son. Aarohi and Akshu have a talk about Abhimanyu. They both have their memories of him. Aarohi tells about the rituals of the mask festival.

She wishes Abhimanyu and her jodi to get blessed by Kanha. She wants to win him some how. Abhimanyu is also occupied with Akshu’s thoughts. He finds Kairav along and realizes his worries. He tells that he likes to spend time in the good weather. Kairav advises him for his good. Abhimanyu thanks him for the concern. Kairav senses his worries. Abhimanyu tells that everything is okay. Kairav’s duty as a brother leaves Abhimanyu impressed. He knows that Kairav is keeping an eye on him just for the sake of his sisters.

Abhimanyu doesn’t want his picnic to turn into panic. He waits for the morning to meet Akshu. Vansh goes live with the Gopi festival. He tells the people about the history and importance of the festival. Aarohi gets decked up to please Abhimanyu. Akshu looks stunning in her simple avatar. Vansh tells about the dance competition and all the fun in the Gopi mask festival. He advises Kairav to get ready, even he may find some girl. Kairav doesn’t want to find any girl, he has to settle his sisters first. Vansh tells that their sisters can find someone on their own. Kairav wants to protect them from the strangers.

Manjiri also loves singing. She decides to have the perfect girl for Abhimanyu, someone who would keep him happy. She leaves her faith on Kanha. She prays that Abhimanyu meets the girl who will become his love forever. Abhimanyu wants to make a pairing with Akshu, but Aarohi comes in his way. Soon, a misunderstanding grows between Goenka and Birla families. Abhimanyu likes Akshu, but Manjiri thinks he has chosen Aarohi for himself. Keep reading.

Reviewed Rating for Yeh Rishta 3rd November 2021 Written Update Ishq Wala Love: 5/5 This rating is solely based on the opinion of the writer. You may post your own take on the show in the comment section below.