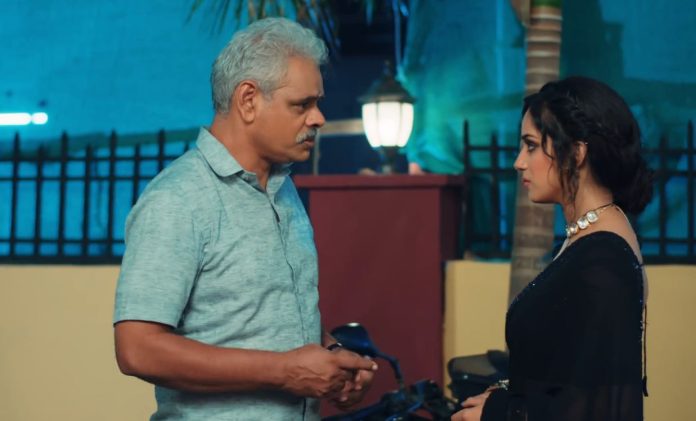 Yeh Hai Chahatein 8th November 2021 Written Update GPS secret Rudra and Saarnsh are seen playing video games in their room. Prisha comes there and informs them that she booked a holiday camp for Saarnsh as she knew that he and Rudra will be playing video games the whole vacation. Saaransh asks Prisha why she wants to ruin his holidays/vacations. Prisha says she knew that he (Saaransh) will play games on tv and mobile the whole day and destroy his eyesight and that is why she booked a holiday camp for him. Saaransh asks Rudra to explain to Prisha. Prisha fails Rudra’s trials for explaining her.

She snatches Saarnsh’s game remote making him upset. Rudra asks why is she doing this with Saaransh. Prisha says they should do it for Saarnsh’s well being. Rudre agrees and goes to pack Saaransh’s bag. Next day, Rudra gets emotional while dropping Saaransh to his holiday camp bus. Both Prisha and Rudra see off Saaransh. Rudra grows more emotional without Saaransh. Prisha asks Rudra to let Saaransh grow strong mentally and emotionally. She makes Rudra happy by saying that they can enjoy their romance and romantic nights behind Saaransh.

Vasudha informa Prisha that GPS didn’t gift any saree to her. Prisha asks Vasudha if didn’t buy a saree for her then whom? She tells Vasudha that GPS may have kept the saree as a diwali surprise/gift for her. Vasudha searches the whole house for a saree. She tells Prisha that GPS may have bought that Saree for someone else. Vasudha further says that she is going to Subu’s house to confirm that GPS bought the saree for whom? Prisha tries but fails to stop Vasudha. On the other side, Mishka helps Rudra style for his next concert. She goes somewhere else to bring additional things for Rudra’s outfit.

Param comes there and tells Rudra that his outfit doesn’t look good. He asks him who his stylist is? Mishka in anger returns and reveals that she is Rudra’s stylist. She asks Armaan who is he to judge her styled outfit? She asks Rudra how he let Param in his house. Rudra tries to stop her but Mishka continues talking ill about Param. Param says enough and says he can give opinion and make the final decision about outfit too as he is Rudra’s partner. Mishka asks Rudra if Param is really his partner. Rudra replies yes he was trying to tell her the same thing.

Mishka says she doesn’t care about Param being Rudra’s partner. She continues taunting Param about his sense of styling. Param defends himself and his fashion sense. They keep on fighting in a war of words. Rudra recalls him and Prisha fighting in the same way. He thinks of it as the beginning of Param and Mishka’s love story like his and Prisha’s? He thinks to inform Prisha about it. On the other side, Prisha and Vasudha reach outside Subu’s home. Prisha tells Vasudha it doesn’t look good inquiring about GPS from Subu.

Subu opens the door and lets Prisha and Vasudha enter his home. They question him about GPS’s whereabouts. Subu says GPS came and left to meet another friend. He and his wife lie about his health. They ask Subu to give them GPS’s other friends’ contact number. Subu stutters and replies that he doesn’t have another friend’s number. Prisha thinks there is something weird as Subu seems very nervous. She goes aside and calls GPS. GPS picks up and informs that he is with Subu and other friends. He pretends to be enjoying with Subu at his place.

Prisha gets confused and doubts GPS. GPS disconnects the call. Prisha thinks why is GPS lying? At holiday camo Saaransh is seen unhappy. Saaransh mistakes some other girl to be Anvi. The girl asks Saaransh to be her friend. Other kids call Saaransh a crying baby but the girl defends him. Prisha and Vasudha reach home. Vasudha says she knew GPS was hiding something. Prisha thinks that for now, she should not tell about GPS’s lie to already tensed Vasudha. Prisha tries explaining Vasudha to not suspect GPS and talk to him when he returns.

Prisha leaves for her home. Back at holiday camp kids again tease Saaransh by calling him a cry baby. Saaransh gets angry with those kids and says he will complain to his father Rudra about them. Kids refuse to believe that Rockstar Rudraksh Khurana is his father. He asks his camp teacher to call his father. Camp teacher/instructor says he can call his parents only if he gets sick. Saaransh thinks about getting sick to be able to call Rudra. GPS returns and worries about Vasudha’s questions. Prisha comes from behind and stops the GPS.

She confronts GPS about his lie of being with Subu. Prisha asks GPS why he is lying or what is hiding. GPS says he drank a lot and lied to get saved from Vasudha. He asks Prisha if she believes him that he will never do something to hurt his family. GPS asks Prisha to not overthink and return to her home. Prisha feels that GPS is still lying and hiding something. She thinks of talking to Rudra about it. In the next episode, Prisha will explain Rudra to not be so emotional for Saaransh and take advantage of Saaransh’s absence and romance with her. Vasudha will follow GPS and get shocked on seeing GPS hugging a strange woman.

Reviewed Rating for Yeh Hai Chahatein 8th November 2021 Written Update GPS secret: 5/5 This rating is solely based on the opinion of the writer. You may post your own take on the show in the comment section below.