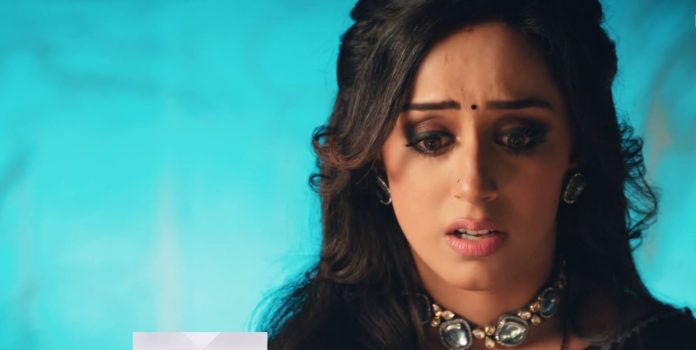 Yeh Hai Chahatein 12th November 2021 Written Update New track Rudra tells Param Vidhi didn’t come to Khurana house. He asks Param what happened, is everything fine? Param shocks Rudra by telling him that Vidhi is missing and he thought she went to meet Saaransh. Rudra asks Param to not get worried as he is coming to help him find Vidhi. Param asks Rudra to come soon. Call gets disconnected. Saaransh hears everything and asks Rudra what happened to Vidhi. Rudra tells him everything about Vidhi and asks if Vidhi had their address? Saaransh says he gave Vidhi Khurana house’s address.

Rudra says to Saaransh that little Vidhi can’t reach their home even having their address. Saaransh and Rudra start leaving to search for Vidhi. Mishka stops them and asks where they are going late at night. Saaransh reveals that they are going to find Vidhi, who is missing. Mishka gets worried and requests them to let her help them in searching Vidhi. Rudra, Saaransh and Mishka together leave to search Vidhi. On the other side, Prisha fools the nurse telling her that she is Dr. Radha’s patient’s relative. She tells the nurse that she failed to meet the patient earlier and will not be able to meet him/her for the next two days too.

Prisha requests the nurse to let her meet the patient. Nurse agrees and allows Prisha. Prisha walks in the wrong direction increasing the nurse’s suspicion on her. Prisha makes an excuse for the patient’s room change. Nurse takes Prisha to the patient and tells her that she only has five minutes. Prisha moves forward towards the patient and thinks why is GPS hiding about meeting a patient from her and Vasudha. Mishka, Rudra and Saaransh reach Param’s house. Param says they should go to the police station. Mishka stops him and asks him if he searched all the hiding places of his house as children hide in those places only, when they get sad.

Saaransh says he knows. Rudra asks him how he knows about hiding places in Vidhi’s house? Mishka says be it any home, children are always aware of hiding places. Saaransh takes everyone to Vidhi’s bedroom. They search under the bed, behind the curtains and in the cupboard. At the end, Vidhi gets found in her cupboard. With love Mishka gets Vidhi out of the cupboard. Mishka questions Vidhi why she was hiding inside the cupboard? She tells Vidhi that everybody got so worried for her. Vidhi replies that nobody was searching for her as nobody cares for her or loves her.

She also says that even her parents went away. Mishka requests her to not talk like this as everyone loves her. Rudra tells Vidhi they were worried for her and came to search for her. He also reveals that worried Param called them to find her. Mishka asks Vidhi, why was she hiding in her cupboard? Vidhi replies that she was hiding because today is her mother’s birthday and she didn’t want to make Param get sad seeing her face. She says she didn’t want her weeping noise to reach Param. Vidhi says she is missing her parents a lot. Mishka hugs Vidhi tightly.

Prisha on the other side sees the sketches on the wall made by the patient which shows that the patient has suffered a lot in his life and is very angry about something. She gets shocked seeing Mahima, Venky and Prisha written in between the sketches. Prisha turns around and sees that the patient is her brother Venkatesh (Venky). GPS stops Prisha from waking up Venky. Outside the room, Prisha questions GPS, if her brother has been alive for 10 years. GPS replies yes. Prisha asks GPS why he hid about her brother from her. She asks GPS why he hid about Venky, when he knew that she and Vasudha broke down badly thinking that Venky died.

GPS tells Prisha that he hid about Venky because he didn’t want her and Vasudha to suffer seeing Venky as a living dead body. He reveals that Venky was so bright in the past but one night Venky’s principal called him. GPS continues telling Prisha that Venky’s principal called and informed him that Venky got caught forcing a girl. Flashback shows that Venky tried justifying that he was not at fault, the girl tried forcing him. Venky’s principal refused to believe him and trusted the girl’s words. Venky revealed that he and his friend Subhash were preparing for exams and that girl came and started forcing herself on him. While GPS stood in Venky’s support, the principal continued to blame Venky.

GPS asks the principal what was that girl doing in the boys hostel. Principal told GPS that she was taking strict action against the girl for partying in the boys hostel. She also told GPS that she rusticated Venky from college. Principal warned GPS to take Venky away from her college. Flashback also shows that Venky returned home and Vasudha got worried for Venky’s condition. Flashback ends and GPS reveals to Prisha that Venky’s condition worsened. GPS shocks Prisha by revealing to her that neighbors also got to know about what happened at Venky’s college and started beating him in his and Vasudha’s absence.

Neighbors also talked ill about Venky which made Vasudha angry. Vasudha fought for Venky and both of them broke down badly. GPS continues telling Prisha that after the neighbors incident something drastic happened. In the next episode, Prisha will reveal to GPS that Vasudha followed him and saw him with Dr. Radha. Next Morning, Vasudha will too reach the same mental health clinic and Venky will see her and call Amma. Keep reading.

Reviewed Rating for Yeh Hai Chahatein 12th November 2021 Written Update New track: 3/5 This rating is solely based on the opinion of the writer. You may post your own take on the show in the comment section below.