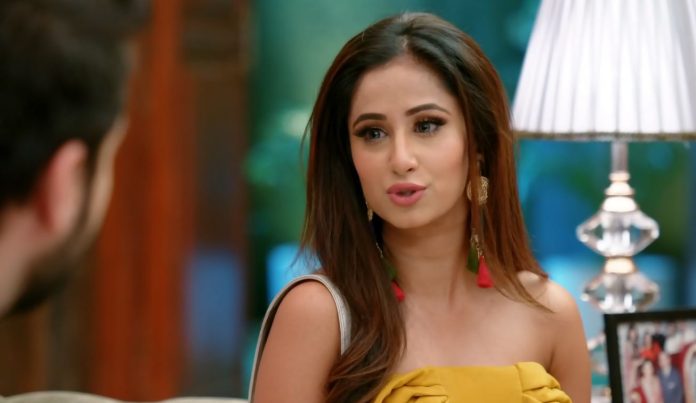 Bhagya Lakshmi 19th November 2021 Written Update New trouble Lakshmi finds Ayush and Shalu arguing cutely. She tells that Ayush is with her. Ayush tells that sisters should just love each other. Bani tells them that Shalu isn’t worried for Lakshmi, because Ayush is with her, Shalu praised that Ayush is true-hearted. Ayush gets happy knowing Shalu praises him behind his back. Virender asks Shalu and Bani to go in the car, Ayush will drop them. Shalu refuses.

He tells that she shouldn’t expect him to always protect her. He adds that he has a life of his own to see. She wonders what happened to him. Ayush drops Bani and Shalu drop. Shalu gives him money that was meant for the auto driver. He asks her to get out of his car. She asks him not to shout, she doesn’t have to spend her life with him. He tells that he was just asking her to respect him. He asks her to complete the matter, if he is right that she likes him. He wants to hear it from her.

Shalu gets shy to confess that she really likes him. He asks her if she is possessive about him, and dislikes to see him with Neha. He laughs on seeing her tensed expressions. He tells that he was just joking, she should have a laugh. She goes home. He tells that he played a good prank. She really likes him and smiles seeing his madness. Lakshmi is hurt by the cupboard’s door. Rishi finds her in pain. He asks her what’s hurting her.

She tells that he will scold her if she tells anything. He apologizes to her and asks her what happened to her. She tells that she got hurt by the cupboard door. They both scold each other with love. He smiles when she scolds him. He tells that he will do the aid to her wound. They get into a moment. She tells that his hair are messed up, he is a good person and he looks good. He asks her to set his hair. They get into a moment. She asks him why was he so tensed that he got so angry. She knows that he was venting someone else’s anger on her. She asks who had spoiled his mood.

He doesn’t want to trouble her and give her sorrow if he is her husband. She respects him more from now. She tells that she will not tolerate anyone’s anger from now. He says that’s my Lakshmi and smiles. He thinks why is he calling her my Lakshmi. Malishka tells Kiran that Rishi left her in the fire and went to save Lakshmi. She hugs Kiran and cries. She asks Viraj to excuse her, she will meet her tomorrow. Viraj asks her to take care.

Lakshmi and Rishi share a moment. She thanks him for always being there for her. She tells that she feels she is nothing without him. She feels protected with him. Viraj is sure that Malishka is hiding something. Kiran asks why is he thinking so. Viraj feels Malishka loves someone from the Oberoi family, she is hurt. He doesn’t think she loves Rishi, because he is married. He thinks if she loves Ayush. Kiran asks him not to overthink. Viraj takes a leave. Malishka awaits Rishi’s call. She misses him. Stay tuned.

Reviewed Rating for Bhagya Lakshmi 19th November 2021 Written Update New trouble: 3/5 This rating is solely based on the opinion of the writer. You may post your own take on the show in the comment section below.