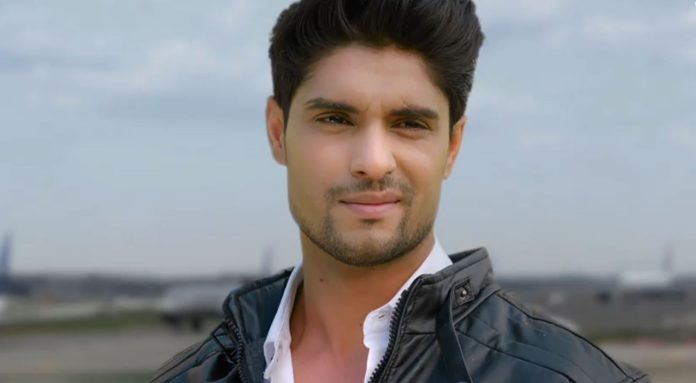 Udaariyaan 2nd December 2021 Written Update Fateh’s revenge Fateh burns Jasmin’s passport and the boarding pas to shock her. Jasmin fails to understand the reason for his hatred. He had cleverly tricked her and took away her documents, just when she was about to step inside the plane. He recalls the humiliation the faced in his marriage, when she backed out, stating her craze for the Canada. Fateh teaches her a lesson by getting her too close to her dreams, and then shattering everything. Jasmin is into a disbelief with his move. She questions Fateh why did he burn her dreams when he promised to take her to Canada after their marriage.

She reminds him that he married her in front of both the families. Fateh denies their marriage, stating that he had arranged a fake pandit for the fake marriage. He tells her that he arranged a small theatre actor to chant the fake marriage mantras, and took one round less during their marriage. He asks her if she doesn’t remember the rounds. He tells that their marriage didn’t happen, the rituals were wrong. He explains her the plan that he didn’t marry her to fulfill any of her dreams. He adds that she isn’t his wife, Mrs. Fateh Singh Virk, she is still Miss Sandhu. He makes her away.

Jasmin is in shock over Fateh’s cunning conspiracy. He tells that his plan is just a reply to her evil. Jasmin will get the police at Virk house to confront Fateh for the deceive. Fateh will deny of marrying Jasmin and call it just a drama. How will Virks react to Fateh’s fake marriage? Do you think Fateh is justified for punishing Jasmin’s evil and concealing his mistakes? Will Fateh learn that Tejo has already left with Angad to begin her new life? Tejo will be seen bonding with Angad’s daughter. Does Angad stand a chance in Tejo’s life? Comment your views and keep reading.

Fateh asks the police to leave him and let him talk to Jasmin. Jasmin asks him why did he burn her passport when he was going to fulfill all her dreams. She seeks an answer from him. Fateh laughs when he sees the flight taking off. He tells Jasmin that her dreams are shattered now, and that was his surprise. He tells her that he wasn’t going to take her anywhere. She asks why did he break her dreams after showing the dreams and making promises. She wants to know the reason for his madness. She breaks down and cries seeing her dreams ruined by him. She asks him to end it if its some bad joke.

He tells that he has just returned the same pain to her which she gives to others. She defends herself that she never did anything wrong with him. She tells that she loves him, and even Canada is her dream. She tells that she didn’t lie to him ever. She confronts him for his revenge. Fateh tells her that he did the same thing with her which she always does, she likes to hurt people and made him change as well. He counts her disgusting lies and cheats. He feels disgusted that he was so blind in her love that he didn’t notice that he is breaking down his own family’s dreams and hearts by going away with her.

He tells her that she never thought for his family, his parents and him, she just focussed on herself and her Canada dreams. He blames her for bringing the bad change in him. She asks him if he is a little kid to obey her and just follow her without his own consent. She doesn’t want him to blame her if his family got hurt by her dreams. He tells that even his family had many dreams for him, which he couldn’t fulfill, just because of her. He adds that he had to make them cry and leave them behind. She asks him who has made him turn against her. She suspects Tejo and tells that Tejo filled the poison in his mind against her. He asks her to spare Tejo for once.

He tells that Tejo never exposed her, and let him free to find out the truth, but he was so mad that he couldn’t see the conspiracies around. He reveals how Jass told him the truth of Jasmin, who hired Jass to make Tejo out of Fateh’s life. He tells her that the Diwali night party brought out Jasmin’s evil truth in front of him. He remembers whatever Jass told him and narrates it to her. Jasmin is shocked to know that Jass double crossed her and revealed her entire plans to Fateh. She feels lost, but claims that she has married Fateh, and nothing can harm her now. Fateh shocks her stating about their fake marriage.

He confronts her for trying to ruin Tejo’s life by bringing Jass back. Jasmin keeps denying it. He tells her that he loved her so much that he didn’t believe Jass at first, but Jass showed him the jewelry which she gave him in order to bribe him. He also learnt that Jasmin got Jass bailed out. He tells Jasmin that he didn’t know that she will out Tejo’s life in danger by bringing Jass back. He reminds how Jass has hurt Tejo. He tells that she couldn’t stoop much low, but she got many lives in danger on the Diwali night, when Jass burnt Angad’s palace.

He tells that Tejo left everything just for their sake, and still he couldn’t give any happiness to her. He doesn’t think Jasmin needed to hurt and humiliate Tejo so much. He adds that he broke all his relations with his family and also left Tejo, who also agreed to end their marriage for the sake of his happiness. He counts Tejo and his favors on Jasmin. He wishes that Tejo moves on with Angad and stays happy. Jasmin asks him to stop chanting Tejo’s name. She speaks filth against Tejo once again. She tells that Tejo can never see them happy. He calls it enough. He feels she isn’t someone to understand. He gets done with her.

She tells that Tejo doesn’t know the meaning of love and never loved him, so she left him. She boasts of her life. She tells him that Tejo is doing everything to snatch him from her. He tells her that he is free now and would go away. She stops him and reminds him of their marriage. To this, he replies that he never married her, he had planned that fake marriage to teach her a lesson and didn’t wish to expose her in front of the families, because Tejo was making a new start with Angad on the same day. He tells that he kept quiet on the marriage day just because of Tejo and Angad’s engagement.

He adds that he wishes the best for Tejo. She is shocked to know his plans when he reveals how he tricked her and didn’t marry her. He tells her that she never loved him, she is really selfish and just loves herself. He asks her to go away and leave from his life. She tells him that she admits her mistakes and wants a chance to fix up things. He tells her that they will go their own ways now. She tells that she did everything just to get him, but he refuses to listen. He asks her to leave him and go away. She cries that he totally ruined her life. He answers that she has destroyed him, because he can neither get Tejo back nor his family. He tells that he can’t go back to his family after hurting them so much.

He tells that he isn’t punishing just her, but himself as well, their punishment is too little in front of the sorrow which they gave to Tejo. He tells that he wants Tejo’s happiness and he will also find his happiness in hers. Jasmin stops herself from telling him about Tejo’s fake engagement. She doesn’t want him to run after Tejo again. Fateh asks Jasmin to just spare him now, because she never loved him, she didn’t had time to ever love him or anyone else in her family, she is selfish and can’t think of anyone. He further reprimands her actions and leaves her free. Jasmin breaks down, and even Fateh breaks down. Keep reading.

Reviewed Rating for Udaariyaan 2nd December 2021 Written Update Fateh’s revenge: 4/5 This rating is solely based on the opinion of the writer. You may post your own take on the show in the comment section below.