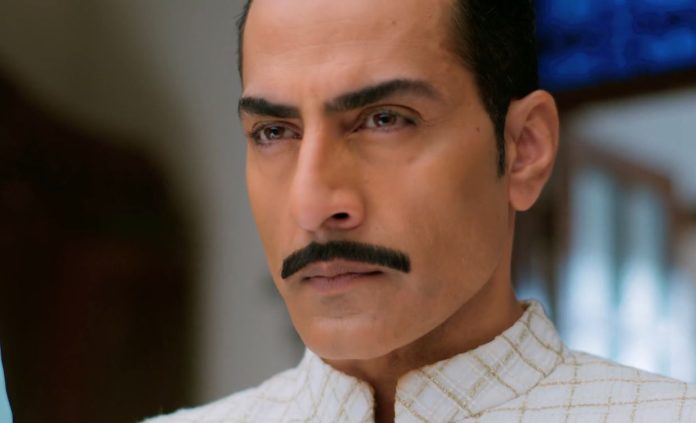 Anupama Vanraj fearless move 4th December 2021 Update Anupama tells the family that everything is okay. She asks the family to cheer up and come for the dance. She plays the song and asks them to join her. Vanraj finds Anupama distracting everyone. He asks Anupama what did Kavya say. She tells that its nothing important. She doesn’t want to complain about Kavya. Kavya arrives there in a huff. She stops the music and shocks everyone by presenting an unexpected gift to Leela and Hasmukh on their golden marriage anniversary. She tells that she has named the house back to them, the house will always be theirs. She gives them the house property papers with an apology.

She tells that she realized her mistake when Anupama explained her to value relations. Kavya tells that she wants the family and also Vanraj’s love. She asks Vanraj if he has forgiven her now. She apologizes to Dolly and also the children. Vanraj doesn’t believe her. Kavya asks him to say something, she has fixed everything for the sake of his happiness. She asks him to smile. Vanraj smiles and she thanks him. Anupama is glad that Kavya has changed. Vanraj has a return gift for Kavya. Anupama finishes the work in the house. Anuj asks her if she is okay. She tells that Kavya is thinking about the family, that’s good.

Leela and Hasmukh are really happy that the children filled up colours in their lives. Kavya tells that they got their house back as well, they got their security back. Vanraj taunts Kavya for returning the house for her own emotional security. He tells that he has a return gift for her. She tells that she really loves gifts. He hands over the divorce papers to her, and leaves her shocked. Vanraj asks Kavya how did she like his return gift. Kavya asks about his divorce decision.

The family is shocked to know about it. Vanraj tells that he was waiting for his parents’ marriage to end, its done now and nothing can stop him from breaking his marriage for the second time. Kavya asks him did he lose his mind. He tells that he was really blind and mad that he married Kavya. He thanks her for making him realize his mistake soon. He tells that she can take the house, cafe, care and bank savings as well. He asks her to sign the divorce papers and spare him.

He tells that they will soon get divorced. She tells that he can’t decide things alone. He tells that she forced him for marriage when he wasn’t divorced with Anupama. Kavya accuses Anupama for brainwashing Vanraj against her. She hurts Anupama in anger. Anupama tells that she has nothing to do. Kavya shouts on Anupama, leaving Anuj and Vanraj infuriated. Kavya asks Anupama is she taking revenge on her. Anupama asks her not to go mad. Anuj asks Kavya not to hurt Anupama. Kavya asks him what would he do if she doesn’t listen. Kavya provokes Anuj further by mishandling Anupama. Vanraj calls it enough and makes Kavya away from Anupama. He tells that Anupama isn’t involved in this, its his decision solely. Kavya accuses him for planning a divorce by joining hands with Anupama.

She tells that he gave the divorce papers once she returned the house papers. She adds that something is between them that doesn’t break, Anupama has taken an advantage of his foolishness. She tells that Anupama plotted to make her out just to rule over the family again. Anupama asks Kavya to stop it. She asks her to see the truth. She asks Kavya to mind her own actions, see her mistakes and repent. Kavya asks Anupama why does she come home always with Anuj. Anupama tells that Anuj has come just on Leela’s request. Kavya threatens that she will slap Anupama. Anuj asks her to raise the hand and then see his wrath.

He tells that she shall see his wrath once she hurts Anupama. He threatens Kavya that he will destroy her if she dares cross her limits. Vanraj tells that Kavya really deserves this kind of treatment, because she doesn’t understand any language of love. He asks Kavya to sign the divorce papers and leave. He refuses to stay with her. She refuses to sign the papers. She tears the divorce papers.

Vanraj gets another copy of the papers. He asks her to tear it as well, there are many extra copies that she will be tired of tearing the papers. He declares that the divorce will happen. Kavya tells that she won’t sign the papers, this idea can’t be of him, but of Anupama. She asks Vanraj to understand Anupama’s revenge. Vanraj asks her to think of anything, but give him the divorce. He gets stern for the divorce. Kavya begs him to not leave her. She promises to change herself for his sake. He tells that their story ends here. Kavya gets shattered. Anupama pities her. What will Anupama do to help Kavya? Keep reading.

Reviewed Rating for Anupama Vanraj fearless move 4th December 2021 Update: 3/5 This rating is solely based on the opinion of the writer. You may post your own take on the show in the comment section below.