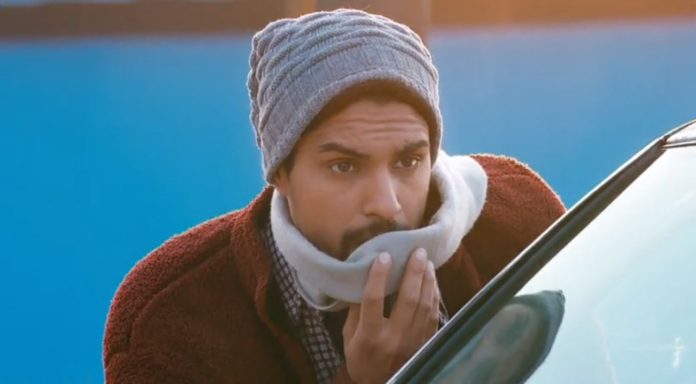 Udaariyaan 27th December 2021 Written Update Fateh Jasmin clash Fateh gets alert that Jasmin is around Tejo. He keeps a watch on Tejo and Angad, just to protect them from Jasmin. He comes across a shocking sight, when he finds Jasmin reaching Tejo, and that too with a weapon in hand. He can’t imagine what could happen next. Without thinking much, he just runs to save Tejo. Fateh doesn’t care of Tejo sees him, but wants to protect her from the attack first. Angad and Tejo aren’t aware of the threat from Jasmin’s side. Fateh rushes to stop Jasmin and fight her, in order to keep her away from Tejo. Will Fateh succeed in tackling Jasmin? Will Tejo learn about Fateh? Keep reading.

Earlier in the show, Angad wants him to forget Tejo. He finds Fateh a disgusting liar. Fateh tells Angad that he just wants to help Tejo, he isn’t trying to get back to her. Angad tells that he is angrily beating him for the fact that Fateh is hurting Tejo again. He can’t tolerate Fateh bringing sorrow for Tejo. He warns Fateh to stay away from Tejo’s life and never hurt her. Fateh is in shock over Angad’s mad behavior.

Meanwhile, Tejo receives Angad and Jasmin’s pictures, and gets confused. She doesn’t know about the girl. Jasmin informs Riya’s Nani that Tejo would have seen the pictures by now, and would angrily leave from Angad’s life. She asks her to go to Angad’s house in his absence and take Riya from there. She is sure that Riya and her Nani will be away from Angad and Tejo before the latter learns. Stay tuned.

Tejo wants to ask Angad about the girl who was with him at the club. She thinks the girl with the wound on her hand is the same who had taken Riya from the mall. Angad comes home in an injured state, after his fight with Fateh. She enquires about his wounds. He gets angered when she takes Fateh’s name. He yells at her and asks her to never mention Fateh’s name in front of him else he will lose his cool. She asks him why is he saying so like she just talks of Fateh. He tells that she loses her happiness when she talks about Fateh, so he doesn’t want her to get sad thinking about the past.

She tells that she is trying to move on in her life, so she has left her family and village to just forget Fateh. He tells that he wants to see her happy as he promised her dad. She takes care of Angad, and he falls for her once again. He tells that he will get hurt every day if she looks after him. He gets flirting with her. On the other hand, Fateh is puzzled by Angad’s violent behavior. He applies the ointment to his wounds and misses Tejo a lot. Angad wishes to propose Tejo for marriage. He hopes that she agrees for the marriage.

Fateh finds out about Angad from Sharma. He learns about Angad’s family and past. He thinks Angad is a good person and Tejo is safe with him. He wants to find out what is Jasmin planning. Jasmin keeps an eye on Jasmin and follows her, and learns that she is following Angad and Tejo. He wants to fail Jasmin. Jasmin asks Riya’s Nani to go to Angad’s house in his absence and take Riya with her. Fateh finds Jasmin going to attack Tejo, and stops her. Jasmin gets angry on him and acts alienated. She remembers his deceive. She gets into a huge argument with him. Tejo and Angad don’t see them shouting on each other.

Fateh tells her that he has come to protect Tejo from Jasmin, knowing Jasmin will take revenge on Tejo. Jasmin denies her revenge first. Fateh knows that she can’t tolerate Tejo’s happiness. She asks him why did he come back when he can see Tejo happy with Angad. He tells that he also wants Tejo’s happiness, but doesn’t want Jasmin to create any hurdles. Riya’s Nani calls her to inform that she has reached Angad’s house to take Riya. Fateh is shocked to know that Jasmin is using Riya to take her revenge on Tejo. He asks Riya’s Nani not to believe Jasmin, who is just seeing her benefits. He asks her not to take Riya with her. He fails Jasmin’s plans.

Angad and Tejo learn that Riya is alone at home and rush for home. Later, Fateh takes Jasmin with her to make her away from Tejo. Jasmin tells him that she will not leave Tejo, she will take her revenge. Fateh knew it. He tells that he has always protected Tejo, he will protect her in future also. He adds that he was really foolish to love a bad person like Jasmin. Jasmin claims her love for Fateh and asks him to fake a happy relation in front of Tejo so that Tejo moves on with Angad. He threatens to tell Tejo the entire truth of their fake marriage if she dares hurt Tejo.

Reviewed Rating for Udaariyaan 27th December 2021 Written Update Fateh Jasmin clash: 5/5 This rating is solely based on the opinion of the writer. You may post your own take on the show in the comment section below.