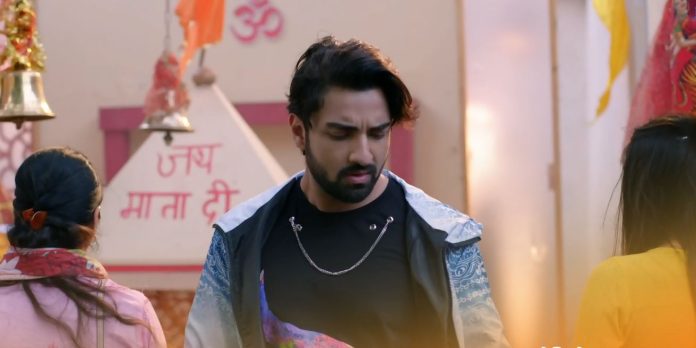 Bhagya Lakshmi 14th January 2022 Written Update Rishi reacts Rishi gets into an argument with Neelam. He tells that Lakshmi left and now she will never come, as far as he knows Lakshmi, he can surely say that she will not forgive them. Rano tells Neha that she will lie to Oberois that Lakshmi has sent her to ask for the alimony. Rishi tells that its okay if Lakshmi doesn’t come, he doesn’t need her. He asks Neelam not to worry for his life. Rano tells that Rishi and Lakshmi will never unite now, and they will get divorced. Rano meets Neelam and tells her that Lakshmi has sent her to ask for alimony. Neelam reminds that alimony is asked at the time of divorce.

Rano tells that Lakshmi wants a divorce from Rishi. She tells that they did wrong with her, Lakshmi will fix it now, she wants compensation for the cheat. She lies to the family. She demands a 50 percent share, leaving Neelam and Virender shocked. Lakshmi gets a job in Darshan’s jewellery store. Rishi happens to come at the same place. Rishi and Lakshmi don’t see each other, but feel each other. Rishi’s driver sees her travelling in the auto rickshaw. He offers to drop her. She refuses to take any help. She is trying to stay strong. Driver goes to tell Rishi about Lakshmi. Rishi doesn’t see Lakshmi praying at the temple.

Earlier in the show, Rishi asks Neelam to not worry, he is totally fine. He tells that he has to go out. Neelam asks him to just take rest in his room. Lakshmi misses her parents. She doesn’t want Shalu and Bani to get punished because of her. She tells that she will always support her sisters, she won’t fall weak, she will instead become strong. Shalu gets halwa for Lakshmi. She tells about Neelam’s visit. Lakshmi defends Neelam who is elder to them. She tells that they shall not look behind and just move on. She asks them to support her and motivate her. Shalu and Bani hug her.

Rishi tells Neelam that Lakshmi will not come back, they don’t need her now. She tells that they really need Lakshmi. He tells that they stopped living because of the fear, they should stop thinking of the Kundali dosh. She tells that Pandit ji has told the truth always, Lakshmi has saved Rishi’s life again and again. He tells that nothing happened to him today even when Lakshmi left. He asks her to let Lakshmi go, its good that she isn’t with them. Lakshmi is happy to spend time with her sisters. Rano tells Neha that whatever happens is for the own good, she will blame Rishi for torturing Lakshmi and then demand a huge amount from Oberois.

Lakshmi cries thinking of Rishi. She falls asleep. Shalu questions Lakshmi about hiding her tears from her sisters. She asks Lakshmi to cry and vent out her pain. She knows that Lakshmi is pretending strong, but she is sorrowful. Lakshmi tells that Rano was sending her back to Oberois, Rano can’t be trusted. Shalu asks her to take some time for herself. Lakshmi tells that her world changed in a day, she wants to sink in work and keep herself engaged. Rishi looks for his phone. He thinks of Lakshmi again. He gets Malishka’s call. He feels guilt free that Lakshmi is away on her own. He wants to stay happy and keep Malishka happy.

He still misses Lakshmi. He thinks to shift to other room and stop his thoughts. He wants to start a new life. Lakshmi tells Shalu that its a new start for her, its her first day without Rishi. They want to stay happy. Lakshmi is leaving for her job. She calls the jewellery store to get the address. She learns that she didn’t get the job. She asks what does it mean, when Darshan has given her the job. The lady tells her that they don’t need anyone in the staff. Lakshmi tells that Darshan has given her the job knowing she has no experience.

She pleads with the lady. Rano insults Lakshmi. She threatens to throw out Lakshmi and her sister. Lakshmi has faith on herself. She tells that she will pay the rent to Rano and protect her sisters. Rishi tells Neelam that he can’t tolerate anything about the Markesh dosh. He tells that he doesn’t believe in anything such. She knows that he is upset because of Lakshmi.

She calls Lakshmi wrong. He tells that its no Lakshmi’s mistake, its okay if she left the family, he respects her decision. He doesn’t want to force Lakshmi. Ayush thinks Rishi has fallen in love with Lakshmi, so he is defending her. Lakshmi tells Rano that she will find a job, she will fulfill her dreams and live with pride. Rano fakes her concern for Lakshmi. Shalu tells Lakshmi that she is proud of her sister.

Reviewed Rating for Bhagya Lakshmi 14th January 2022 Written Update Rishi reacts: 3/5 This rating is solely based on the opinion of the writer. You may post your own take on the show in the comment section below.