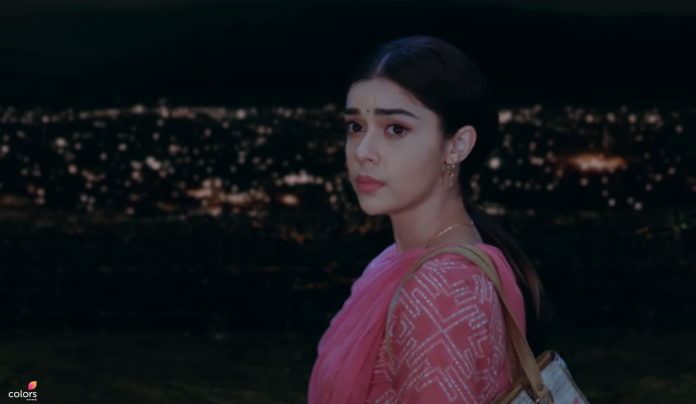 Sirf Tum 20th January 2022 Written Update Helpless Suhani Suhani recalls Rakesh hugging her. She also recalls that Kamini called her reason for Rakesh’s illness. Kamini also told Suhani that she is forgetting her father for Ranveer. Suhani further recalls Ranveer telling her that she is the reason behind his life. Ranveer also told Suhani that he would support her in each and every step of her fight for her dream. Suhani picks Ranveer’s call thinking he will come to her house, if she doesn’t pick up. Ranveer asks Suhani why she wasn’t picking up his call.

Suhani takes Rakesh’s name. Ranveer asks if Rakesh said anything to her, if he should come to her house. Before Suhani could say something more, Rakesh takes Suhani’s phone. Rakesh asks Ranveer why he called Suhani late at night. Ranveer greets Rakesh and tells him that he called to ask Suhani if she reached home safely or not as she got late due to him. Suhani’s grandmother and Sudha come there. Ranveer asks Rakesh if he is fine now as Suhani told that he is not doing well. Rakesh says he is better and asks Ranveer if he is fine. Ranveer says yes. Rakesh asks to talk to Suhani next morning as it’s late night.

He disconnects the call asking Ranveer to rest and says good night. Ranveer too says good night uncle and disconnects the call. Rakesh angrily tells Suhani that it’s not good to talk to someone late at night. He gives her phone back and tells her that this should not be repeated. Suhani signs yes. Rakesh asks Suhani to organize food on the dinner table. Suhani leaves to do what Rakesh said. Rakesh asks Sudha to make Suhani understand who she should talk to and at what time. Sudha signs yes. Suhani’s grandmother asks Rakesh what is the problem if Suhani talks to Ranveer and that too about his health.

Rakesh says to his mother that Ranveer is his boss’s son. He also says that telling about their family matters to his boss’s family is not important. Rakesh says his boss won’t like it if he gets to know about it. Sudha says Ranveer won’t tell his father about them. Rakesh interrupts Sudha’s words and tells her that they should never tell anyone about their family’s weakness. He says they should especially not let his boss and his family know about their family’s weakness. Suhani comes and says that she organized food. Rakesh asks everyone to have food as he needs to go to the office early next morning. He also says the next day is important for Suhani as her first semester result is coming.

Next morning, John asks Ranveer if he is fine with Suhani’s rejection. Ranveer asks his friends if he should have fought with Suhani. John asks Ranveer how he can remain Suhani’s friend only. Ranveer says he will remain Suhani’s friend only like he was earlier. He asks his friends to not make a big deal of small things. Ranveer says he will help Suhani in becoming a doctor as it’s her priority. He leaves to see Suhani’s result. Riya thinks she should do something about Suhani as Ranveer spent time with Suhani leaving his felicitation. Ranveer collides with Ansh and their things fall down. He picks up his things. Ansh apologizes to Ranveer for not seeing and colliding with him.

Ansh tells Riya that they still can control everything. He asks her to decide if she wants to break or get into a relationship with Ranveer. Roshni gives Vikram his breakfast and protein shake. Vikram asks Roshni if she talked to Mamta about Riya. Roshni says she feels that they should give Mamta some time as she is tensed about Ranveer. Vikram tells Roshni that they have not much time left. He requests Roshni to talk to Mamta about Riya and Ranveer’s marriage, otherwise they may suffer loss of crores deal. Vikram tells Roshni that it will help Samira to get a chance to show her talent and get established in Oberoi’s business. Roshni says she will talk to Mamta as not Suhani but Riya’s entry as Ranveer’s wife will benefit their house.

Ansh tells Riya that she also knows that Ranveer is madly in love with Suhani. Riya asks Ansh if she should continue seeing Suhani and Ranveer falling for each other. Ansh tells Riya that she will lose Ranveer forever if she goes against both Ranveer and Suhani. He further makes Riya understand that her scope to get in between Ranveer and Suhani is there as Suhani said no to Ranveer’s proposal this time. Ansh asks Riya to go near Ranveer and try making him close to herself. Riya agrees to Ansh’s advice. Professor tells students that the results will soon be posted on the notice board. He gets angry hearing Suhani’s phone ringing. Suhani apologizes to her professor and tells him that it’s an important call from her home.

Professor allows Suhani to receive the call from her home. Kamini asks Suhani to reach home soon as some urgent work is there at home. Suhani leaves for home. Ranveer gives her notes and asks where she is going leaving her class. Suhani tells Ranveer that her aunt called her home urgently. She leaves after refusing Ranveer’s offer to drop her home. Principal asks Ranveer to see Suhani’s result. Ranveer says it’s good Suhani didn’t see her result till now. Suhani reaches her home and sees her family serving snacks to some people. Rakesh sees Suhani and Sudha takes Suhani in front of some people.

Rakesh introduces Suhani to Mr. and Mrs. Verma and their son Rohit. He tells Suhani that Rohit is an engineer at a high post in an IT company. Kamini tells Rohit’s family that Suhani is doing first year MBBS. She and Rakesh ask Suhani about her result. Suhani tells Rakesh that she didn’t see results as she immediately returned to house on Kamini’s call. Rakesh tells Suhani it’s okay as she knows she will top her college. He tells Rohit’s parents that Suhani topped the medical entrance and scholarship exam too. Rohit’s mother says it’s good that a talented doctor daughter in law will come to their house. She praises Kamini for telling them about Suhani.

Suhani feels bad and shocked. Rohit’s mother accepts Suhani for her son. Suhani recalls Ranveer’s proposal and how she rejected it. She also recalls that Kamini told her that the doctor said that more stress can risk Rakesh’s life. Suhani looks at Sudha with helplessness. Vermas leave saying bye. Rakesh sees off Vermas at his door.

Reviewed Rating for Sirf Tum 20th January 2022 Written Update Helpless Suhani: 5/5 This rating is solely based on the opinion of the writer. You may post your own take on the show in the comment section below.