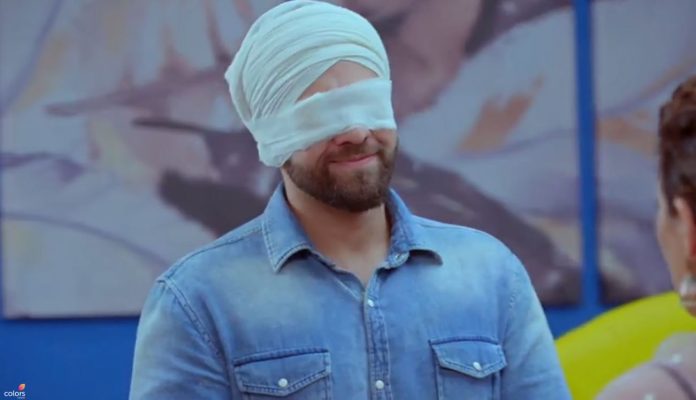 Choti Sardaarni 21st January 2022 Written Update Miracle for Raj Karan tells Seher that he doesn’t want to get married at present. Seher asks Karan if her words made him feel bad. Karan says he said yes for swayamvar to compete with Param but doesn’t want to do this anymore. Ginni and others ask Karan to think once more. Kulwant says marriage is to be done at a particular age. Seher supports Karan’s decision. Karan says he will get married once he finds his love. He tells everybody that he wants him and his wife to share a love bond like Seher and Raj. Karan further says he understood Param and Seher’s true love for him.

Param supports Karan’s decision. Both brothers hug each other. Harleen feels angry with Karan and Param’s new brotherly bonding. Karan says he will dance happily in Param’s marriage. He tells Param that he will respect his Param’s wife as well as play pranks on her. Everyone laughs and gets happy seeing the end of tensions between Karan and Param. Karan, Param and Seher hug each other. Raj wards off the evil eye from Karan and Param using some cash. He asks Robbie to give this cash to some poor people. Raj angrily says he will also ask poor people to pray for vision to come back soon. Everyone leaves Raj’s room.

Seher and Raj do some romantic and emotional conversation. They kiss each other and count each other’s scores. Seher tricks Raj and wins the kiss competition. She leaves to prepare for Param’s swayamvar’s last round. Harleen plans to trouble Raj. She enters his room. Raj thinks Seher came. Harleen uses this opportunity and throws chili water on Raj’s eye bandage. She slowly says now Raj won’t be able to see anymore. Raj shouts and tries to call Seher. He uses his voice assistant to play the emergency alarm and call Seher. Seher and the whole family hear the emergency alarm and get tense. They run to Raj’s room and think that Raj by mistake threw chili water on his eye bandage.

Raj shouts and asks Seher to remove the bandage. Seher refuses to do so. She calls Guruji and tells him about what happened. Guruji tells Seher to keep the bandage on Raj’s eyes for three hours as a person should know how to endure pain. Karan and Param ask Raj to calm down saying that they will be with him all the time. Raj asks Seher what Guruji said. Seher tells Raj that Guruji asked to keep the eye bandage for three hours. Ginni gives an idea to Seher and Kulwant to consider Raj as a kid and handle his pain like a kid’s tantrums. Seher and Kulwant find Ginni’s idea a good one. Seher decides to do something. Harleen thinks she won’t let Seher succeed in her plan to distract Raj from his pain.

She takes Raj to prepare Gajrela. She tells Raj that she thought of serving Gajrela to 2100 poor people after he gets his vision back. Raj asks Seher to wait till his vision comes back. Seher says she has no one to help her. Raj asks Seher to take the full family’s help. Seher says the whole family together too won’t be able to complete her work. Raj feels irritation and pain in his eyes. He gives an idea to Seher to make two teams from the whole family. Everyone decides who will join Seher’s team and who will join Raj’s team. Whole family enjoys their time preparing Gajrela. Seher and Raj’s team won the 1-1 round equally. Kulwant announced the third round.

Raj stirs a large quantity of halwa. He feels irritation and pain in his eyes. Param asks Raj to let him handle that work. Raj says he will handle it for Seher. He again feels irritation in his eyes. Seher notices it and huma a song. She asks Raj to guess it. Raj guesses it correctly. Next Kulwant hums a song. She asks Raj to guess. Raj, using a low voice asks Seher to tell him what song Kulwant hummed. Seher tells him the answer. Raj tells Kulwant that she hummed “Bole Chudiyan”. Kulwant says the right answer. Harleen thinks to do something to defeat Raj in competition as well not let his vision come back. Kulwant announces another round of putting Khoya in the Gajrela. Everyone bucks to play the round and do their work.

Seher offers her to Raj to cut khoya. Raj’s eyes get hurt in this process. He screams in pain and says that he is removing his eye bandage. Seher tries to stop Raj. Kulwant’s scream is heard. This distracts Raj from his pain. In the next episode, Seher will tell Raj that six hours have passed and now they can take off his eye bandage. Raj will ask Seher to remove as je doesn’t know if he would be able to see or not. Guruji will be there too when Seher will be opening Raj’s eye bandage. Raj will open his eyes.

Reviewed Rating for Choti Sardaarni 21st January 2022 Written Update Miracle for Raj: 3/5 This rating is solely based on the opinion of the writer. You may post your own take on the show in the comment section below.