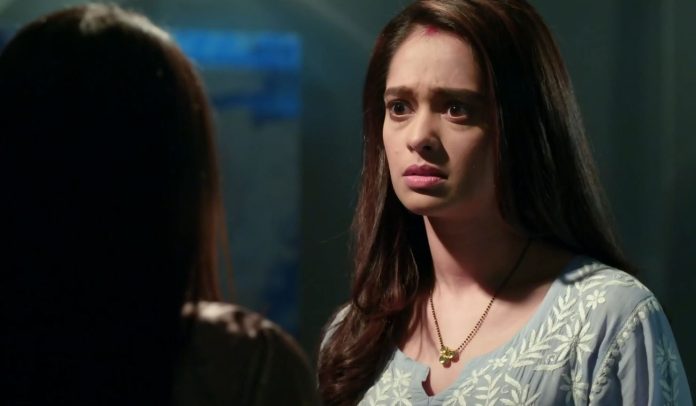 Kumkum Bhagya 24th January 2022 Written Update Prachi reveals Prachi stops Shahana from telling the pregnancy truth to Ranbir. Ranbir lets them talk and goes. Shahana tells Prachi that Ranbir must know about his coming baby, he has a right to know as he is the baby’s father. She asks Prachi to tell Ranbir about her pregnancy. Prachi tells that she will tell Ranbir right now. She promises Shahana. Later, Prachi meets the Kohlis and wishes them happy Lohri. To everyone’s shock, Vikram blesses Prachi and wishes her happy Lohri.

Prachi is surprised that Vikram has come on her side, by believing that she is more true than Rhea. Rhea gets upset with Vikram and questions Pallavi about his behavior. Ranbir wants peace in the house, and stops Rhea from reacting. Rhea wants to remarry Ranbir in the Lohri, and Prachi decides to break the pregnancy truth to Ranbir and stop his remarriage with Rhea. Who will steal the chance this time? Keep reading.

Earlier in the show, Shahana tells Ranbir that maybe he doesn’t understand it. He tells that he understands her, she is going to become a mother, she should be proud, she shouldn’t worry thinking she is alone, the baby doesn’t need a father’s name. He is ready to help her.

She tells that she will be in guilt if she doesn’t tell him the truth of the baby, because he is the one who deserves to know it. Will Shahana tell him the truth? A new love story between Ranbir and Prachi will begin, when he tries winning her by making her jealous using Rhea. Rhea will get be-fooled of love by Ranbir, who attempts to make Prachi profess love. Keep reading.

She tells that Prachi is also thinking extreme, she isn’t able to decide right. He tells that its her baby, she can decide about it without thinking about any ego. He is ready to help her in uniting with her lover, the baby deserves to get his father, she can start a new family and a new life, a baby needs both the parents. He tells that she shall tell her decision after thinking well. He gives her time to decide. He goes away. Prachi is hurt talking to Ranbir. Shahana comes to talk to her. She tells Prachi that Ranbir has a right to know the baby’s truth.

Prachi replies that she will tell about the baby to Ranbir right away, but Shahana has to come with her. Shahana asks Prachi to do this by deciding herself. Prachi takes her to Ranbir. She asks Shahana to answer Ranbir when he asks her about the baby’s father. She tells that Ranbir had seen Siddharth and her in the room, and he may think the baby belongs to Siddharth. She tells that she will not talk to anyone when Ranbir hurts her with doubts again. Ranbir opens the door and asks the matter. Prachi asks Shahana if she should tell the truth to Ranbir. Shahana worries and asks Prachi not to say. Prachi tells that Shahana is independent to take care of her child, she doesn’t need anyone to help.

Shahana tells that she is feeling sleepy. She leaves from there. Rhea finds Prachi outside Ranbir’s room. She gets happy seeing Ranbir shutting the door on Prachi’s face. Ranbir is learning to pretend that he doesn’t care, that he isn’t affected, that he isn’t feeling bad. He tells that his heart wants to stay with Prachi, because he loves her, but his love is nothing other than pain. The family finds Rhea happy on her first Lohri.

Pallavi tells that Rhea is happy because of Ranbir. Rhea tells them that Rhea got Prachi bailed out, she was much upset but later she understood that he did that to save the family reputation. She reveals what she had seen. She tells that she has seen Ranbir shutting the door on Prachi’s face, it was like a slap on her face. Aaliya tells that Prachi will behave like nothing happened. Pallavi sees Prachi coming and plans to insult her. She tells Rhea that its her first Lohri and she wants to make it special for her. Aaliya and Pallavi tell that they love her a lot.

Rhea, Pallavi and Aaliya discuss about the first Lohri, and exclude Prachi to hurt her. Prachi wishes Vikram and pays him respect. Vikram feels compelled by his heart and Dida to bless Prachi. Prachi gets delighted. She greets Dida and Pallavi as well. While Dida blesses Prachi, Pallavi doesn’t move. Ranbir looks at the family drama. Vikram makes Pallavi bless Prachi. Prachi continues to wish everyone. Rhea asks Ranbir when will he wish her. Ranbir tells Rhea that his mood is spoiled because someone fought with him last night. He recalls the roadside friend’s advice that he should ignore Prachi and give importance to Rhea.

He tells Rhea that she is right, he shall give importance to those who care for him. He apologizes to Rhea and family. Rhea tells that they have forgiven him. He asks her to make tea for him and add sugar, he wants to stay away from bitter people. He asks Rhea to enjoy the Lohri. Rhea asks him to come back home soon. He tells that he will come when she calls him again and again. He promises that he will come home soon and never break any of the promise. He sees Prachi and hurts her by ignoring her.

Prachi is hurt by his estranged behavior, but he clears that she demanded him to stay away from her. Rhea happily lets him go to the coffee. Rhea tries to taunt Prachi. Dida worries seeing the tension between Prachi and Ranbir. She goes to find Shahana in her room. She finds Shahana crying. Shahana tells that she can’t see Ranbir and Prachi live separated when they love each other a lot. Dida tells that fights happen where there is love. She can see the love between them.

Shahana wants Prachi to see Ranbir’s love. Dida tells that they both will see their love once their misunderstandings subside. Shahana tells about the tension at night. Dida laughs and tells an idea. She tells that Ranbir and Prachi will unite themselves because of their peak emotions. She knows that they can fight, but not let anyone else separate them. Shahana likes to hear this and happily hugs Dida. Prachi comes there to meet Shahana and finds Shahana hugging Dida emotionally.

Reviewed Rating for Kumkum Bhagya 24th January 2022 Written Update Prachi reveals: 5/5 This rating is solely based on the opinion of the writer. You may post your own take on the show in the comment section below.