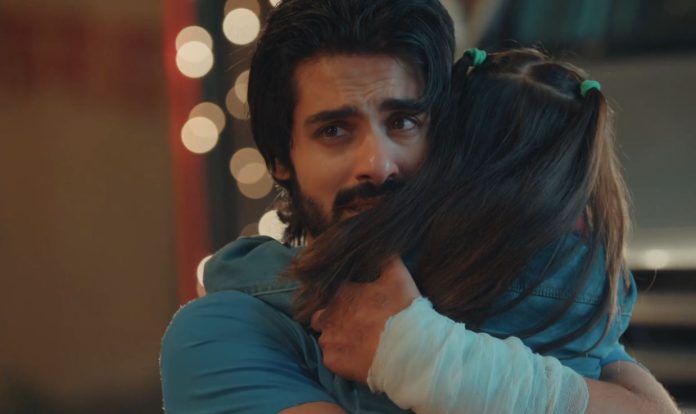 Yeh Hai Chahatein 25th January 2022 Written Update Broken hearts Yuvraj continuously manipulates Prisha to think about Rudra’s betterment and lie to him. He tells Prisha that he thought a lot about it and requested her to lie to Rudra to save his and Ruhi’s life. Yuvraj tells Prisha that on one hand, she can lie to Rudra and can live with Ruhi as she was and Rudra can get busy in his life. He says on the other hand, she can tell Rudra the truth and ruin everyone’s lives. Yuvraj asks Prisha to make a final decision as she won’t stop her after this.

Rudra comes forward and asks Prisha what nonsense Yuvraj is saying. He asks Prisha how Yuvraj got to know about her whereabouts. Rudra asks Prisha how Yuvraj dared to take his wife with him in front of his eyes. He doesn’t let Yuvraj speak in between. Rudra asks Prisha to tell the truth. Prisha tells Rudra that Ruhi is Yuvraj’s daughter not his. Yuvraj smirks while Rudra feels shocked. Rudra asks Prisha to tell him if Yuvraj is blackmailing or threatening her. He requests Prisha to not lie. Prisha shouts and tells Rudra that Ruhi is not his daughter. Rudra shouts and tells Prisha that she is lying. He says his Prisha can’t change. Rudra tells Prisha that he knows that his Prisha can’t have any relationship with cheap Yuvraj.

Prisha repeats and tells Rudra that Ruhi is Yuvraj’s daughter not his. Rudra tells Prisha that Ruhi can’t be anyone else’s daughter as he feels a connection with her. He asks Prisha to tell him the truth looking into his eyes. Rudra says an innocent child like Ruhi can’t be evil Yuvraj’s daughter. Rudra refuses to believe Prisha’s words. He says surely it’s Yuvraj’s trap. Rudra asks Prisha why innocent Ruhi told him that she is alone. He asks Prisha why Ruhi was searching for a father for her. Rudra says Ruhi told him that she is searching for a father for herself and a husband for her mother. Yuvraj gets tensed hearing this. Rudra says he gave the radio ad idea to Ruhi unaware of the fact that his Prisha is Ruhi’s mother.

Yuvraj says Prisha won’t be able to tell and asks Rudra to understand her silence. He tells Rudra that a girl can never forget her first love. Yuvraj says he was Prisha’s first love. Prisha feels angry with Yuvraj’s nonsense but tolerates it for Rudra and Ruhi’s better future. Yuvraj continues lying and telling Rudra that how he and Prisha got involved with each other. He says the next morning, Prisha realized her mistake and left him alone forever. Yuvraj says that he searched for Prisha madly in the last five years and got to know that Prisha is in Rohtak. He says he found Prisha living as Priya Sharma in Rohtak. Yuvraj further says that after all this he found that Prisha is living in Rohtak with his daughter.

He tells Rudra he came to Rohtak and started living as Raj to win his daughter (Ruhi) and wife’s (Prisha’s) heart. Rudra refuses to believe that Prisha cheated him with Yuvraj. He says Prisha is lying and Ruhi is his daughter. Rudra tells Yuvraj that he won’t believe even if the whole world says that Ruhi is his daughter. Yuvraj shows Rudra his and Ruhi’s DNA reports, which proves that Ruhi is Yuvraj’s daughter. He tells Yuvraj that rest is his decision. Shocked, Rudra asks Prisha how could she stoop so low. Angry Rudra asks Prisha why she didn’t come to him. Yuvraj says to Rudra that Prisha was embarrassed because she cheated on him. He further tells Rudra that Prisha realized that she was pregnant with his child and didn’t return to him.

Rudra asks Sharda to not talk to Prisha as she cheated him and their family. Ruhi wakes up with a lot of noise. Rudra walks away with Sharda. Bunty thinks everything bad may be happening because of some of Yuvraj’s tricks. Ruhi calls Rudra unaware of the reality. She runs to Rudra and hugs him. Rudra cries helplessly. Ruhi asks Rudra where he is going. She asks him if he came to meet her. Ruhi tells Rudra that she was missing him and feeling sad. She thanks Rudra for meeting her and says, “I love you” to Rudra. Ruhi tells Rudra that she felt scared thinking that she would never be able to meet him as Prisha is taking her away.

Rudra asks Ruhi why she got scared when she can call him on his number he gave her. Ruhi requests Rudra to not leave her. She asks Rudra how she will live without him. Ruhi tells Rudra that she wants to live with him. Rudra says he too wanted to live with her but can now because of the changed situation. Ruhi asks Rudra why he can’t live with her. Rudra asks Ruhi to ask this question to her mother. He thinks he loved Ruhi the most after Prisha. Rudra curses his fate for making Ruhi his enemy, Yuvraj’s daughter. He thinks he can’t live with Ruhi as she would make him recall Prisha’s deceit.

Rudra explains to Ruhi that his family is waiting for him and missing him. He asks Ruhi to look at Sharda, his mother who has come to take her. Rudra tells Ruhi that he will always miss her. He hugs Ruhi tightly and recalls their moments. Sharda, Vaijayanti and Bunty feel bad for Rudra and Ruhi. “Teri Ladki Main” plays in the background. Both father-daughter cries thinking about their separation. Rudra kisses Ruhi’s forehead and moves towards his car. Bunty thinks he needs to talk to Prisha and ask her what she told Rudra. Ruhi makes a sad face and requests Rudra to not leave her. She tells Rudra that she wants to live with him. Prisha runs to Ruhi seeing her condition. Bunty drives the car away with Rudra and others.

Rudra recalls Yuvraj and Prisha’s words. He also recalls seeing Ruhi and Yuvraj’s matched DNA reports. Rudra gets angry, screams and throws an alcohol bottle on the floor. Sharda runs to Rudra and asks him what happened. She requests him to tell her what happened. Rudra hugs Sharda and cries profusely in pain. In the next episode, Rudra will tell Sharda that Ruhi is not his but Yuvraj and Prisha’s daughter. On the other hand, Ruhi will tell Saanchi that she is missing Rudra a lot. She will also tell Saanchi that she and Rudra won’t ever meet each other. Vaijayanti will ask Bunty and Rudra if they saw Sharda as she can’t find her anywhere. Rudra will say that he knows where Sharda can go. In Rohtak, Prisha will be shocked to see Sharda at her door.

Reviewed Rating for Anupama 25th January 2022 Written Update Sticky wicket: 3/5 This rating is solely based on the opinion of the writer. You may post your own take on the show in the comment section below.