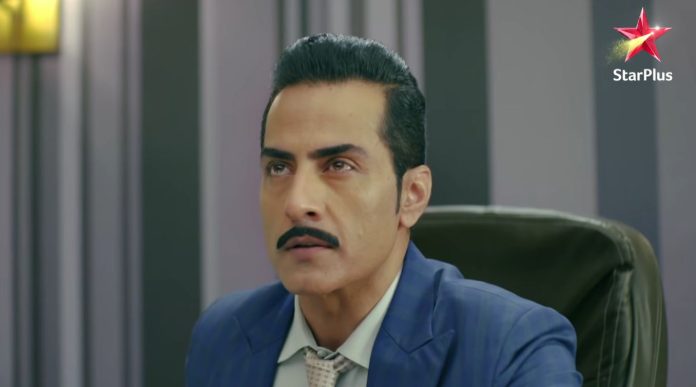 Anupama Upcoming 7th February 2022 Vanraj turns evil Anuj and Anupama have a moment. He holds her saree and stops her, while seeing the picture folded down. He tells her that she is really important in his life. He tells that he can’t live without Malvika, but he will die without Anupama. He is afraid that Malvika will leave from his life. He asks Anupama to stay with him. Malvika reaches Vanraj. She reveals that Anuj has transferred the property to him, he just listens to his heart, he doesn’t value her, he doesn’t listen to her once.

Vanraj is happy to see that Malvika has everything on her name now. Anupama asks Anuj to never leave Malvika. She tells that being alone is better than being with a wrong person, friends, lovers and spouses can leave each other, but siblings never leave each other. Anupama supports Anuj. Anuj is thankful that Anupama is with him, he really needs her in the tough times. Anupama is always ready to support Anuj. Vanraj brainwashes Malvika against Anupama.

He tells that Anuj doesn’t see anything in front of Anupama, he is just Anupama’s puppet, she is making him dance. Anupama encourages Anuj to get Malvika back. She tells him that she will not support his decision if he decides to end ties with his sister. He tells that he wants her to support his decision, about which she will come to know tomorrow. Anupama grows worried. Vanraj takes an advantage of Malvika emotionally when he finds her vulnerable. He tells her that Anuj has left her, but he will never leave her.

Reviewed Rating for Anupama Upcoming 7th February 2022 Vanraj turns evil: 3/5 This rating is solely based on the opinion of the writer. You may post your own take on the show in the comment section below.