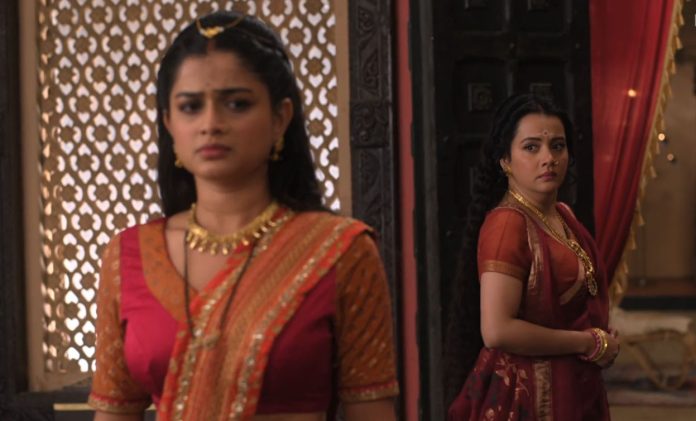 Vidrohi 7th February 2022 Written Update Radha’s sacrifice Jagabandhu and Kalyani are getting married with Radhamani’s consent. There is happiness around in the entire house. Radhamani wants to prove herself as a better person than Kalyani. She is doing everything on her mum’s instructions. Her mum is also trying hard to stop Jagabandhu and Kalyani’s marriage. She has gone to an extent of taking help from Bheem. She wants Bheem to bring Gadadhar back and help Radha. Kalyani also suggests Jagabandhu to bring Gadadhar home for the sake of his mum’s happiness. Jagabandhu considers to bring Gadadhar back, when she asks this as her wedding gift, but Radha doesn’t forgive Gadadhar, who had attempted to kill her unborn child in womb.

Radha stops Jagabandhu from freeing Bheem in order to find Gadadhar. Radha tells that it will be a huge mistake if they bring Gadadhar back. Kalyani is happy in her world, that Jagabandhu is going to marry her in front of the entire Rodang. She sends a letter to her dad to invite him. Romantic moments are seen between Jagabandhu and Kalyani. Radha treats Kalyani nicely. She does the marriage arrangements with a big heart. She keeps in mind about Kalyani’s likes and dislikes. Kalyani didn’t think that Radha will get her married to Jagabandhu someday. Radha cries a lot while doing the arrangements.

She takes the responsibility, but feels suffocated by Jagabandhu’s decision. She is broken down. She just wants Jagabandhu’s happiness. She is in sorrow. She feels she has done wrong that she made him away from him by her strict behavior. She wants to fix things. She makes a big sacrifice and gets Jagabandhu married to Kalyani. Will Jagabandhu bring Gadadhar back? What will happen when Fletcher walks in between the marriage rituals to kidnap Kalyani? Keep reading for more news on the show.

Reviewed Rating for Vidrohi 7th February 2022 Written Update Radha’s sacrifice: 3/5 This rating is solely based on the opinion of the writer. You may post your own take on the show in the comment section below.