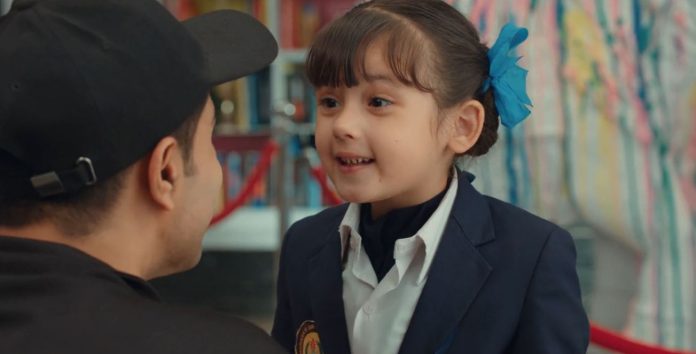 Yeh Hai Chahatein 24th February 2022 Written Update Ruhi targeted Rudra tells Prisha that wrong is wrong done by anyone. He says he won’t forgive Bunty and asks Prisha to not give him any clarification for Bunty. Prisha tells Rudra that she isn’t giving any clarification for Bunty. Rudra asks Prisha to tell him what secret she has kept from him that Bunty was talking about. Prisha tells Rudra that Bunty was talking about her being alive and that Ruhi is her daughter. She says this was the secret between her and Bunty as the latter met her before him (Rudra) in Rohtak.

Prisha asks Rudra to leave as she has got very tired and wants to sleep. Rudra refuses to leave Prisha’s house, leaving her alone. Prisha asks Rudra about the reason he wants to stay at her house. Rudra tells Prisha that Bunty can return and attack her to get his revenge and thus he can’t leave her alone. Prisha tells Rudra that she will handle herself as she has lived alone for 5 years without him. Rdura tells Prisha that it was her choice and decision 5 years ago but now it’s his decision and refuses to leave. Rudra tells Prisha that she is in this situation because of him and he won’t leave her alone.

He says he doesn’t want to live with the guilt that something happened to her because of him. Rudra says he is stubborn like he was 5 years ago. At Khurana Mansion, Sharda makes Ruhi eat something. Ruhi praises the food made by Sharda. She tells Sharda that she cooks better than her mother. Ruhi asks Sharda if she would teach her mother. Vaijayanti gets angry seeing Saaransh and Sharda’s bond with Ruhi. She places the juice glass near Ruhi with anger. Vaijayanti leaves, giving an angry glare to Ruhi. Ruhi asks Sharda if Vaijayanti is angry with her as she makes an angry face seeing her. Sharda tells Ruhi that it’s nothing like she is thinking. She leaves asking Ruhi to have food.

Sharda stops Vaijayanti and asks her why she is behaving badly with Ruhi. Vaijayanti asks Sharda why Ruhi came here and why Prisha sent her. Sharda replies that not Prisha but Rudra asked Saaransh to bring Ruhi to Khurana mansion. She says Prisha isn’t like this that she would send Ruhi alone to Khurana Mansion, there may be a reason that Prisha allowed Ruhi to stay at Khurana mansion. Vaijayanti tells Sharda that she is again taking Prisha’s side. Sharda says she isn’t taking Prisha’s side but just saying wrong to wrong. She asks Vaijayanti to not take out Prisha’s anger on Ruhi and she doesn’t know anything.

Sharda tells Vaijayanti that she is behaving kiddish. Vaijayanti gets angry and refuses to have food. On the other hand, Prisha stares at sleeping Rurda. She tells asleep Rudra that it’s their special day today, Valentine’s day. Prisha recalls Rudra’s special and unique way of expressing love to her. Flashback shows Prisha returning late from hospital on Valentine’s day. She kisses asleep Rudra and wishes him Happy Valentine’s day. Rudra wakes up and tries getting a lip kiss from Prisha but the latter stops him. Prisha scolds Rudra for acting to be asleep. Rudra asks Prisha to wish and kiss him. He gives a gold locket to Prisha containing her and Saaransh’s photograph. Prisha compliments Rudra’s gift.

Prisha leaves, keeping a locket near Rudra. Next morning, Rudra wakes up and opens the locket box. He gets surprised seeing his and Ruhi’s photograph in the heart shaped locket and recalls a similar moment of his and Prisha from the past. Rudra rudely asks Prisha why she gave him this locket. Prisha says it’s a valentine’s gift from her. Rudra asks Prisha if she knows the meaning of Valentine’s. Prisha says Valentine’s is for two people who love each other. Rudra reminds Prisha that love has ended between them. Prisha asks Rudra to consider that she is returning him a similar gift that he gave her many years ago.

Prisha asks Rudra to return the locket if he doesn’t want it. Rudra wears the locket and tells Prisha that he is taking this for Ruhi. He says Ruhi is more than a daughter to him. Rudra receives a call from the inspector. Inspector tells Rudra that he is standing near Bunty’s house to catch him as he may come to meet his wife Bubbles. Rudra plans to bring Bubbles to him and Prisha. He thinks Bunty will come to them in Bubbles’ love and surrender himself. Prisha volunteers to go with Rudra to bring Bubbles to them. At Bubbles’ home, Inspector questions Bubbles about Bunty’s whereabouts in front of Rudra and Prisha. Bubbles says she is tense and doesn’t know anything about Bunty’s whereabouts.

She says Bunty hasn’t returned home since yesterday. Rudra says Bunty will come for her. He asks Bubbles to come with him and says he would explain his plan in the way. Bubbles tells Rudra that she will talk to Bunty and the latter will return all his money. She requests Rudra to forgive Bunty. Prisha requests Bubbles to come with her and Rudra. Bubbles says she can’t live in prison as she is really unwell. Rudra tells Bubbles to do what he is saying as she doesn’t have any other option. Rudra and Prisha take Bubbles with them. Bunty overhears Rudra, Prisha and Bubble’s whole conversation and gets angry. He thinks Rudra didn’t care about their long term friendship.

He thinks Rudra is trying to take Bubbles away from him even knowing that Bubbles needs to get her kidney transplant as soon as possible. Bunty gets angry and decides to not forgive Rudra for this. He decides to snatch the thing/person Rudra loves the most for snatching his love (Bubbles) from him. In the car, Bubbles again and again requests Rudra to forgive Bunty and says that the latter did all this just to save her life. Bubbles keeps on coughing. Prisha makes Bubbles drink water. She tells Bubbles that Rudra just wants Bunty to come and apologize to him. Prisha also tells Bubbles that Rudra isn’t going to put any charges on Bunty and that is why police are searching for Bunty.

Bubbles thanks Prisha and Rudra for not filing any case against Bunty. She asks them where they are taking her. Prisha tells Bubbles that Rudra is a nice person and is taking her to the hospital for her treatment. Rudra tells Bubbles that they can’t take any risk with her health and are thus taking her for immediate treatment. Bubbles apologizes to Rudra for everything Bunty did and for doubting his intentions. She says Bunty will realize his mistake, when he would get to know the truth. Prisha says it’s important that Bunty get found so that he can know all this. Bubbles hopes Bunty surrenders himself and realizes the truth. Rudra tells Prisha that Saaransh has dropped Ruhi to the school.

At school, Bunty meets Ruhi. He asks Ruhi how she is feeling in Delhi. Ruhi says she is enjoying Delhi a lot. Bunty asks Ruhi to come for an ice-cream with him. Ruhi agrees and starts leaving from school with Bunty. Misinterpreting Rudra’s intentions, Bunty gets determined to punish Rudra by using Ruhi. Ruhi’s teacher stops Ruhi from leaving school with Bunty. Bunty lets Ruhi go to her class and gets to know about her field trip. On the other hand, Rudra tells Prisha that on finding Bubbles missing, Bunty would either go to police or find him. Bunty hears Rudra and Prisha’s conversation and again misinterprets Rudra.

He secretly makes the bus driver unconscious and takes his disguise. Later, Bunty hides the driver in the part of the bus. He sits in the bus at the driver’s place. Ruhi and other students enter the bus going for the field trip. In his misunderstanding, Bunty gets more determined to take Ruhi away from Rudra.

In the next episode, Inspector will inform Rudra that Bunty was seen outside Khurana school. Rudra will think that Bunty reached Khurana school to take revenge from Prisha. He will inform Prisha about this. Prisha will tell him that she didn’t see Bunty anywhere in school. Rudra and Prisha decrypts that Bunty reached school to kidnap Ruhi. Prisha will get in Ruhi’s field trip bus and get shocked to see Bunty in driver’s disguise. Bunty will take the bus away from school. He will tell Prisha that he will make Ruhi away from her and Rudra. In anger, he will cut the brake wire of the bus, shocking Prisha.

Reviewed Rating for Yeh Hai Chahatein 24th February 2022 Written Update Ruhi targeted: 5/5 This rating is solely based on the opinion of the writer. You may post your own take on the show in the comment section below.