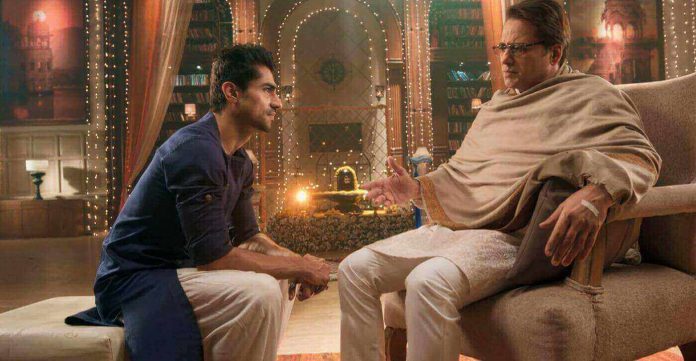 Yeh Rishta 28th February 2022 Written Update Manish stuns Abhi Abhimanyu gets shocked seeing Manish at his house door. Manish asks Abhimanyu if he can come inside. Harshavardhan asks Manish how he can leave the hospital on his own will. He says Birlas will get blamed, if something happens to Manish. Anand asks Manish if he didn’t think of his health. He tells Manish that he can’t leave the hospital in his present condition. Manish says he is fine now. Abhimanyu politely tells Manish that he is still unwell and shouldn’t have left the hospital. Manish says he left the doctor’s hospital and came to the doctor’s home only. He tells Birlas that he trusts them that they won’t let anything happen to him as they saved him in their hospital too.

Harshavardhan says he thinks Manish wants to talk about something important and big. Manish says he wants to talk to Abhimanyu personally (in alone). From Birla hospital, Akshara calls Kairav and tells him about Manish’s sudden disappearance. She tells Kairav that she is going to check CCTV footage. Kairav asks Akshara to not take tension as he is reaching Birla hospital. Akshara asks Kairav to not tell anyone about Manish’s disappearance at home as everyone will get worried. At Birla house, everyone wonders what Manish wants to talk to Abhimanyu privately. Abhimanyu requests his family to leave him and Manish alone for sometime.

Everyone leaves Abhimanyu alone with Manish. Abhimanyu gives Mahashivratri aarti to Manish. He texts Akshara about Manish’s arrival at his home. In the text Abhimanyu tells Akshara that Manish wants to talk about something important with him. He asks Akshara to not be worried as he will update her about everything. Akshara gets tense thinking what Manish is up to. Abhimanyu gives water to Manish and asks him what he wants to talk to him. Harshavardhan gets tense and irritated thinking about what Manish wants to discuss with Abhimanyu privately. Anand asks Harshavardhan to not increase other’s tension.

Harshavardhan says he thinks that Manish is teaching Abhimanyu something that will create problems in their family. He says Manish must be casting Akshara’s spell on Abhimanyu. Harshavardhan says first Abhimanyu left the hospital for Akshara and now he fears that Abhimanyu may leave the house too for Akshara. Abhimanyu checks Manish’s pulse. He takes a promise from Manish that he won’t take any stress by talking to him. Manish promises Abhimanyu. He tells Abhimanyu that he loves his family and children very much. Manish says his love for his family and children and situation changed his thought process a little. He also says that he regrets some of his decisions too.

Anand stops Harshvardhan from going to Abhimanyu. He tells Harshavardhan if something happens to Manish their hospital will get defamed and Abhimanyu will too get angry with him (Harshavardhan). Harshvardhan says he can’t keep calm thinking that Manish would be making Abhimanyu accept his conditions. At the same time, Manish says that he has a condition for his and Akshara’s marriage. Seeing Abhimanyu’s expressions, Manish tells him that he is keeping a condition because he wants to see Akshara happy. Abhimanyu asks Manish to say what he wants to say. Manish tells Abhimanyu that he knows that relationships shouldn’t be made by conditions. He says life has also taught him that relationships can survive and work long, if some conditions are kept.

Manish says Akshara already suffered a lot in her life and he doesn’t want her to suffer more and that is why keeping a condition for marriage. Akshara and Kairav leave for Birla house. Akshara prays to God that nothing should create tension or argument between Birlas and Goenkas. Manish tells Abhimanyu that according to his condition, all the rituals of marriage will be followed as always but Akshara won’t return to Birla house after Pad Phere ritual. This confuses and shocks Abhimanyu. Irritated and tensed, Harshvardhan requests someone to go and see what is happening between Abhimanyu and Manish. Akshara and Kairav also feel worried on their way to Birla house.

Manish asks Abhimanyu to make a decision if he wants to accept his condition or not. Abhimanyu thanks Manish and tells him that he and Akshara were eagerly waiting for this day. Kairav and Akshara reach outside Birla house and run inside. Harshavardhan and Birlas’ patience ends too and they run downstairs. Everyone finds Abhimanyu and Manish quiet. Akahara asks Manish why he came to Birla house, leaving the hospital. Flashback shows Abhimanyu telling Manish that he understands his care for Akshara and agrees to his words. He tells Manish that he doesn’t know till what extent he can fight for Akshara.

Reviewed Rating for Yeh Rishta 28th February 2022 Written Update Manish stuns Abhi: 5/5 This rating is solely based on the opinion of the writer. You may post your own take on the show in the comment section below.