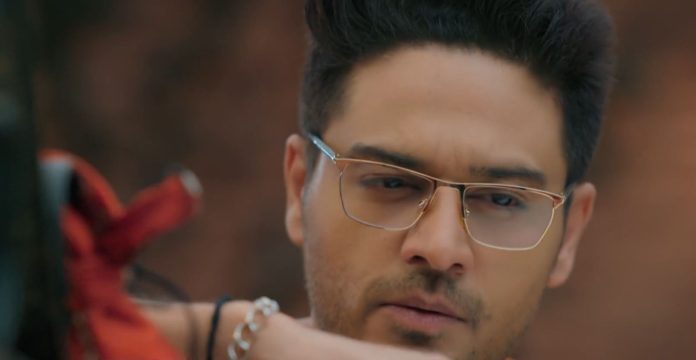 Anupama 10th March 2022 Written Update Anuj shocks Vanraj Anupama and Kinjal return home. Rakhi asks them why they got late. She says she defeated Vanraj (to-be Grandfather) in table tennis while waiting. Everyone feels irritated with Rakhi. Rakhi asks Kinjal why she went to Shah’s cheap doctor. Baa tells Rakhi that their doctor is atleast a woman whereas she brought a male doctor for Kinjal. Rakhi reminds Baa that Doctor being male and female doesn’t matter. Baa asks Rakhi what about the doctor’s gender mentioned in identity cards. Rakhi calls Baa old school. Anupama asks Rakhi to get quiet.

Kinjal reminds Rakhi that she told her that she isn’t comfortable with a male doctor and says that her current doctor is much experienced. Rakhi tells Kinjal that she agrees about her comfort and doctor’s experience. She says Shah’s doctor’s clinic won’t have 5-star facilities. Baa asks Rakhi if she wants to go to the hospital or hotel. Rakhi tells Baa that these days hospitals are like hotels. Baa asks Rakhi to get permanently admitted in a hospital like a 5-star hotel. Rakhi asks Baa to get admitted too. Kinjal asks Rakhi to stop creating drama at Shah house if she cares about her.

Rakhi tells Kinjal that she isn’t interested in seeing Shah’s faces but comes here for her daughter and grandchild. She gets teary eyed and asks if her daughter doesn’t remain hers after marriage. Rakhi asks if maternal grandparents don’t have dreams and desires about their upcoming grandchild like paternal grandparents have. Baa says that maternal grandfather (Kinjal’s father) can’t be heard or seen and here Rakhi is crying on his desires. Anupama requests Baa to not talk like this. In a crying voice, Rakhi says that she wants to support Kinjal and be a part of pregnancy journey. She asks Anupama if she doesn’t have this much right.

Anupama tells Rakhi that she has every right to Kinjal. She also tells Rakhi that she can take Kinjal for movies, wandering and can come to doctor’s appointments next time. Kinjal also signs yes to this. Baa asks Anupama to not say all this to Rakhi otherwise she will on the spot make a movie, “Naagin Ka Adhikar”. She asks Anupama what the doctor said about Kinjal and her upcoming baby. Is everything fine? Kinjal and Anupama’s expressions make everyone tense and they ask what happened. Vanraj asks if there is any problem. On the other hand, Anuj is seen waiting for Anupama at the dinner. Vanraj asks how and what type of complications arise.

Baa and Rakhi ask everyone to not worry as such complications happen in pregnancy. Kinjal gets a little relief hearing this. Bapuji says a father can’t carry their child in their arms for even 2 hours but a mother carries her child in her stomach for 9 months. He says that is why it is said, “heads off to mothers”. Kinjal asks Rakhi to return home and rest. Rakhi says she is going for now but will visit again tomorrow. Baa says they have to purchase a flute to keep Rakhi away. Rakhi asks Baa to surely purchase but she won’t run away hearing the flute. She asks Vanraj to practice as he might win tomorrow. Rakhi takes a leave. Kinjal asks Anupama to return home as it’s late now. Samar says he will drop Anupama.

Anupama hugs Kinjal and says she will meet her tomorrow. Kinjal thanks Anupama and leaves to sleep. Baa asks Anupama to remember that Kinjal is her priority now. Anupama reminds Baa that she never has backed away from her responsibilities. She explains to Paritosh that the whole family can’t give a woman the love which her husband can give her alone. Anupama tells Paritosh that a woman needs her husband the most in her pregnancy period. She also tells Paritosh that he can’t refuse the responsibility of his child saying that he doesn’t want a child. Anupama asks Paritosh to end his fight and argument with Kinjal now. She warns Paritosh that she won’t let him go easily if something happens to Kinjal because of him.

Vanraj also threatens Paritosh that he also won’t tolerate if he won’t keep proper care of Kinjal. Paritosh gets shocked. Anupama asks Samar to start the bike fast as she can’t make Anuj wait for her more. Samar reminds Anupama that he explained to her to not make Anuj wait more. Anupama says a person gets late surely once he/she starts getting late. She runs and takes an auto to reach Anuj as soon as possible. When Anupama reaches home, Anuj asks Anupama to not make a person wait so long that he might die. Anupama starts crying in guilt. Anuj apologizes to Anupama and tells her that he was not taunting her but just joking.

Anupama apologizes to Anuj for making him wait and keeping him hungry. She asks Anuj to trust her that she didn’t get late intentionally. Anupama explains to Anuj that Kinjal got anxious hearing the doctor’s words, so she went to drop her home. She says then Rakhi made her late at Shah house, after which Samar’s bike broke down. Anuj tells Anupama that he can understand her as he just had to wait for a little time. Anupama reminds Anuj that he waited 26 years for her. Anuj tells Anupama that his wait and restlessness has ended as he knows that she belongs to him only. He confirms the same from Anupama. Anupama says yes. Anuj says he can wait a little for her daily.

He asks Anupama to not change herself for anyone as he likes her this way only. Anuj makes Anupama have her favorite food made by him. He sets up the dinner table like a dinner date for Anupama. As Anupama starts feeding Anuj, Vanraj calls her. This irritates Anuj and Anupama. Still Anuj makes Anupama receive Vanraj’s call. Vanraj asks Anupama to come as Kinjal is just taking her name. Anuj wraps food for him and Anupama in a roll. Anupama feels guilty. Both Anuj and Anupama eat chapati rolls in auto. Anupama tells Anuj that saying sorry to him is not enough now. Anuj makes Anupama smile by telling her that they are having a rickshaw ride dinner date as their story and love is unique.

Both of them make each other eat food with their hands. Anuj holds Anupama’s saree tightly. As Anupama reaches, Vanraj takes her away from Anuj to see Kinjal. Kinjal tells Anupama that she is having pain in stomach. Paritosh says they should take Kinjal to the doctor as the doctor asked to see her immediately as the pain starts. Anupama caresses and pampers Kinjal like her own daughter. She asks Kinjal if pain is severe or unbearable. Kinjal tells Anupama that pain is less but she is worried thinking that if something happens to her baby. Anupama tells Kinjal that if pain is less, then it’s normal, no need to worry. Baa says Kinjal didn’t listen to her when she said the same thing.

Anupama tells Kinjal that Baa knows even more than her about pregnancy and won’t give any wrong advice to her. Baa tells Anupama that it’s good that she came as Kinjal wasn’t stopping crying. Anupama makes Kinjal talk to her gynecologist and calms her. Paritosh informs all other males of the family that Kinjal is fine now. Bapuji explains that a child takes her/his mother’s name first on getting hurt. Anupama makes Kinjal sleep. She notices that Kinjal is holding her saree tightly just like Anuj in her sleep.

In the next episode, Vanraj will tell Anupama that she will have to stay at Shah house till Kinjal’s anxiety persists. He will smirk seeing Anupama tying her saree to Shah house’s main door and apologizing to Anuj. Anuj will open Anupama’s saree knot from Shah’s main door and will take her with him. This action of Anuj will shock Vanraj.

Reviewed Rating for Anupama 10th March 2022 Written Update Anuj shocks Vanraj: 3/5 This rating is solely based on the opinion of the writer. You may post your own take on the show in the comment section below.