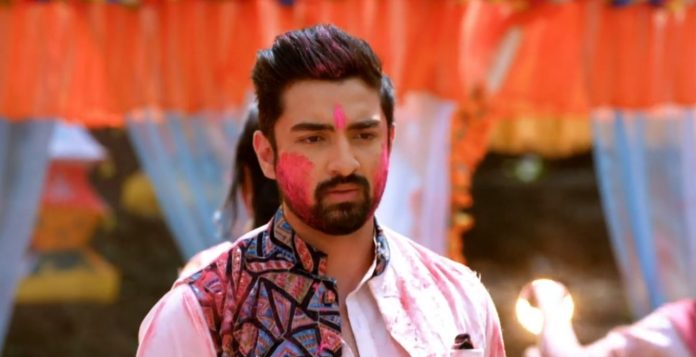 Bhagya Lakshmi 15th March 2022 Written Update Rishi regrets Rishi and Malishka get into a fight because of Lakshmi. He tells her that she is questioning his character, he isn’t doing anything wrong, he played Holi with Lakshmi because he really liked it, he didn’t do any crime to play holi with her. He adds that if he wants to get together with Lakshmi, then nobody can stop him, not even Malishka. He asks her not to spoil their relation by fighting with him all the time. He goes after warning her. Malishka gets Kiran’s call and complains about Rishi. She wants Rishi to celebrate festivals with her, not Lakshmi. Kiran asks her not to get angry and stop complicating relations. She tells that Lakshmi is playing mind games. She asks Malishka to stay calm like Lakshmi, who never fights with Rishi.

She reminds that Lakshmi is regretting for her wrong decision, so Lakshmi behaves nicely with him, she wants his love. She asks her to never hurt a man’s ego. She tells that Lakshmi is proving to Rishi that Malishka doesn’t love her. She asks Malishka to understand and patch up with Rishi, else Lakshmi will take her place. Malishka takes her advice. She gets worried that Lakshmi will steal her Rishi. Later, Rishi feels irritated thinking of Malishka and his fight. He meets Lakshmi. He drinks the lemonade she made for Prachi. He finds it too sour. He asks her if Malishka has paid her to do this against him.

She tells that Malishka can’t do anything against him. He tells about their fight. She tells that his perception is different than Malishka’s. She feels Malishka is a nice person, and stays nice towards everyone, except her. He asks if he has hurt her a lot. She asks if he wants to hear the truth. He asks her not to say the truth which he can’t tolerate. The guests ask Rishi to come and play holi with them. Rishi feels Lakshmi has a golden heart, he did wrong with her, and she is still good towards him. He regrets his actions. She thinks he has hurt her a lot, but she can’t get angry on him.

Reviewed Rating for Bhagya Lakshmi 15th March 2022 Written Update Rishi regrets: 3/5 This rating is solely based on the opinion of the writer. You may post your own take on the show in the comment section below.