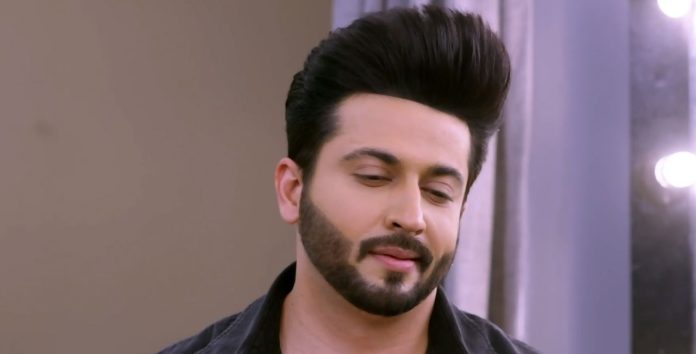 Kundali Bhagya 24th March 2022 Written Update Amazing Karan Karan stops Prithvi and asks him where is he going. He further asks if Prithvi is going to get the papers which he had stolen from Preeta’s room. The entire family is shocked. Prithvi asks Karan what nonsense is he saying. He denies the blame. Karan tells that he isn’t saying any nonsense of wasting time. He calls the police there and asks the Inspector to arrest Prithvi. Karan makes the police search Prithvi’s room. Police doesn’t get anything in Prithvi’s room. Prithvi stays confident, but Karan doesn’t give up. Karan finally finds the papers in Prithvi’s stick. Preeta confirms that its her property’s original papers, it means Prithvi has stolen it. Prithvi gets arrested, while Sherlyn cries for him. Karan and Preeta have a victorious smile on their face.

Earlier in the show, Shrishti smiles hearing Preeta’s motivational speech for herself. Preeta tells that she doesn’t want to get weak in emotions. Shrishti tells that its not a sin to be emotional. She understands Preeta. Preeta thanks her and hugs. Shrishti tells that Prithvi might have stolen the papers. Preeta tells her that the police didn’t find the papers in the house, Prithvi has hidden the papers cleverly. Shrishti wants to hint Karan to keep an eye on Prithvi. Preeta tells that Karan is smart enough to keep an eye on Prithvi. Shrishti likes it when Preeta praises Karan. She tells that she will go home, Janki is scolding her like Sarla. She asks Preeta to solve the Luthra family matter, then both the families will be happy.

He follows Prithvi who goes out to the parking lot to meet Naagre. Karan hides and keeps an eye on Prithvi. Prithvi suspects that someone is following him. He messages Naagre to not come. He doesn’t see Karan. He leaves from the house. Karan also sneaks out and finds Naagre there. Naagre asks Prithvi why did he call him home. Prithvi tells that the phone calls also get recorded these days, so he wanted to talk to him face to face. He asks Naagre if he steals the property papers from Preeta, then can they change the ownership. Naagre asks does he have the papers. Prithvi tells that he has stolen the papers. He asks if he can change Preeta’s name and put his name. Naagre tells that its possible.

He asks if he has really stolen the papers. Prithvi tells that he has the papers, he will get the papers to his office and complete the formalities. He wants to become the owner again. Naagre asks him to come to office tomorrow. He makes a leave. Karan knew it that Prithvi is the thief. He wants to expose Prithvi somehow. He calls the Inspector. He tells that he didn’t steal the papers, Prithvi has stolen the papers. He adds that the blame is on him, his career can get spoiled. Inspector tells that he will request the special team to come to Luthra house immediately. He is ready to fast forward the investigations. Karan thanks the Inspector.

Kritika taunts Preeta. She tells that Preeta wanted to get them arrested and now she is ready to dine with them. Kareena tells that such people are shameless and ungrateful. Shrishti laughs. She tells Preeta that her terror is spread in the house, no one has courage to look into her eyes and say this. Sherlyn tells Kritika that some people have no sense and ignore the taunts. Natasha tells that some people are dumb to take taunts as compliments. Preeta stays silent, while Shrishti answers them. Shrishti tells that she can answer them back. Preeta tells that its not necessary. Shrishti asks Natasha what was she saying, sarcasm is wasted on fools.

She tells that Natasha, Kritika and Sherlyn are brainless. She argues with Kritika who started it. She asks how can Natasha call her dumb. She tells that Kareena is elder, so she respects Kareena, but she won’t tolerate Natasha. She asks Kareena not to shout on her. She tells that Preeta is the owner of the Luthra property, she has a dignity and status, even then Preeta didn’t misbehave with anyone. She asks them to respect Mahesh’s wish, because Mahesh has given her the property. Sherlyn tells that Preeta has trapped Mahesh in her drama and got the property.

Reviewed Rating for Kundali Bhagya 24th March 2022 Written Update Amazing Karan: 5/5 This rating is solely based on the opinion of the writer. You may post your own take on the show in the comment section below.