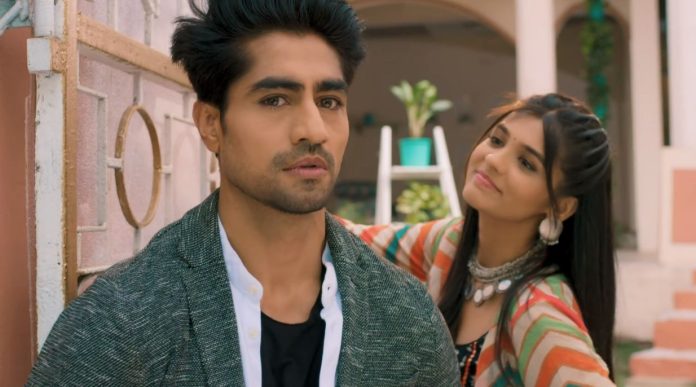 Yeh Rishta 25th March 2022 Written Update Akshara’s funny prank Birlas find their food difficult to eat and non-tasty. Mahima asks Birla house servants if they don’t know what kind of food Birla family likes to eat, even after working for years in their house. She asks the servant to stop seeing her face and take the food away. Servant apologizes to Mahima and reveals that Manjiri always used to cook food in the kitchen. He says that servants only used to help Manjiri. Servant also reveals to Birlas that Manjiri used to love cooking for all of them and never let them do anything.

Harshvardhan says he asked Manjiri many times to hire a good cook but she always wanted to cook for the family. He asks everyone to stay hungry till Manjiri recovers. Abhimanyu says no cook can prepare food better than Manjiri. He tells Harshvardhan that he used to have problems with Manjiri doing her job and now when she isn’t able to, he still has a problem. He asks what poor Manjiri should do. Mahima receives a call from Suhasini. They tell Mahima that it’s “Jamai Sashti”. She says on this day, son-in-law is worshiped. Swarna tells Mahima that they want everyone and Abhimanyu to come to Goenka Mansion.

Mahima tells Swarna that they already know about their tight and busy schedule. She says it’s difficult at the last minute. Swarna tells Mahima that she understands their schedule. She requests Mahima and Birlas to come for some time if possible. Swarna tells Mahima that other family members don’t need to stay for long but Abhimanyu will have to. She says this way Goenkas will get to take care of their in-laws. Mahima tells Swarna that they will visit them. She requests Swarna to complete all the rituals quickly. Swarna disconnects the call, assuring Mahima of fulfilling her request.

Abhimanyu receives Akshara’s call and goes aside to talk. Akshara teasingly greets Abhimanyu. She asks him when he is reaching her house to get himself worshiped. Shy Abhimanyu sings a song and asks Akshara to see in her heart that he has already arrived there. Akshara teasingly sings a song of welcoming Abhimanyu to her house. She asks Abhimanyu to reach her home as soon as possible as she has to go to choose their engagement ring with him. Abhimanyu and Akshara excitedly tell each other that they can’t believe that they are finally getting engaged. Akshara tells Abhimanyu that she wants to buy a special ring for their special relationship.

She requests Abhimanyu to reach her home soon. Abhimanyu tells Akshara that he is reaching her home soon. Akshara gets extremely happy. After some time, Abhimanyu reaches Goenka Mansion. He wonders why there is nobody standing to welcome their son-in-law (Abhimanyu). Akshara in ghunghat, opens the door and welcomes Abhimanyu with a ghoomar. Abhimanyu stands stunned and confused. He asks Akshara if she is drunk. Akshara acts like a shy wife and tells Abhimanyu that she isn’t drunk but feeling high after seeing him. Abhimanyu steps back when Akshara tries to touch his feet.

Akshara keeps teasing Abhimanyu and serves homemade cold drinks to Abhimanyu. She tells Abhimanyu that they serve 56 special dishes to God. Akshara reveals to Abhimanyu that being son-in-law, he will be served 65 special dishes. Abhimanyu says he is not scared and can even finish 565 dishes served to him. Akshara continues teasing Abhimanyu. Mahima, Shefali and Neil from Abhimanyu’s family arrive at Goenka Mansion. Abhimanyu gets confident and starts praising himself. He says that he is a tiger, like every son-in-law in their in-laws house. Abhimanyu says now his team/family has arrived and will handle Goenkas.

Akshara doesn’t leave her confidence. Abhimanyu goes to Neil and tells his family that Goenkas is trying to pull his leg. Neil asks Abhimanyu to not be scared as he has arrived now. Swarna thanks Mahima for coming and keeping Goenkas’ respect. She welcomes Mahima and makes Birla sit. Mahima requests Goenkas to start with ritual quickly and cases are lined up in their hospital. Suhasini makes Mahima sit and relax. Mahima sits and tells Goenkas that they don’t believe in all these rituals. She calls rituals a waste of time. Mahima again requests Goenkas to complete their rituals quickly.

Everyone feels bad with Mahima’s words but doesn’t react. Shefali goes aside to take an important call. Akshara continues teasing Abhimanyu indirectly. Abhimanyu seeks help from Neil. On call, Aarohi asks someone in the hospital to check her identity card that she forgot. She also asks about Manjiri’s present condition. Aarohi feels relaxed after knowing that Manjiri’s condition is better now. She thinks that her truth should never be found out by anyone. Swarna performs Abhimanyu’s pooja. Akshara teasingly asks Abhimanyu to come and eat the food made by her. Abhimanyu teases Akshara saying that he thought some special chef or cook will be called for Goenkas, son-in-law (Abhimanyu).

He says fine, he will have the food made by Akshara. Abhimanyu asks Akshara to serve her 65 special dishes thali to him now. Neil asks Akshara if her 65 special dishes thali have their house’s speciality, “Smiley Kachoris” too. Akshara signs yes. Abhimanyu asks Neil to keep quiet as he (Abhimanyu) is scared from inside. Neil asks Abhimanyu to let him eat properly sometimes. Later, Abhimanyu announces that son-in-law (Abhimanyu) won’t eat alone as his whole army (family) will also have food. Goenkas laughs happily hearing this. Aarohi and Vansh bring special 65 dishes thali prepared only for Abhimanyu. Abhimanyu and Birlas get shocked seeing a big special 65 dishes thali prepared for Abhimanyu.

Abhimanyu asks Akshara if she will make him eat whole life’s food today only. Akshara teasingly makes Abhimanyu sit to eat. Scared Abhimanyu asks from where he should start. Shefali teasingly asks Abhimanyu to have fun. Mahima asks Goenkas who eats this much food at once. She requests Goenkas to get the food packed as they will distribute it among the poor. Suahsini and Swarna ask Mahima to let the children a little. Mahima goes silent in little irritation. Abhimanyu feels scared with a lot of food in his thali. Kairav asks Abhimanyu to eat food quickly as he and Akshara have to go for engagement ring selection too.

Everyone asks Abhimanyu to eat quickly. Manish and Akhilesh discuss that it’s good that Harshvardhan didn’t come. They discuss that Harshvardhan doesn’t let anyone enjoy. Suhasini reminds Manish that initially they were also like Birlas and didn’t like to have fun and enjoyment. Goenkas discuss that Akshara will change Birlas after entering their family. Mahima asks Shefali if it seems like Goenkas are making fun of them. Shefali says it seems like it. Both Shefali and Mahima ask Abhimanyu to make it quick as they have some important and urgent work to do. Akshara makes Abhimanyu wash his hands in a royal way.

She also dries up Abhimanyu’s hands in a royal way. After all this, Akshara starts feeding Abhimanyu. In the first bite, Abhimanyu recognizes that Akshara is making him eat sweet potatoes. He thinks that he is allergic to sweet potatoes. Swarna tells Abhimanyu that Akshara made this dish especially for him. Akshara asks Abhimanyu if he didn’t like the dish. On knowing that Akshara made this sweet potato dish with a lot of love for him, he decides to eat it. He thinks that he will take anti-allergic pills later on. Abhimanyu continues eating the sweet potato dish made by Akshara. He tells Akshara that she prepared the dish well. Goenkas and Akshara get happy hearing this. Kairav also feeds sweet dishes to Abhimanyu with Akshara.

Abhimanyu starts feeling uncomfortable. Mahima notices it and screams his name. She runs to Abhimanyu and asks Akshara if her dish contained sweet potato. Abhimanyu asks Mahima to calm down and leave the matter. Confused and worried, Akshara reveals that her dish is made of sweet potato. Mahima scolds Akshara and asks her if in so much time, she didn’t get to know that Abhimanyu is allergic to sweet potato. This information shocks everyone. Akshara apologizes for her mistake. Mahima says that Abhimanyu will get rashes on his whole body, within 5 minutes. Akshara says she would have never served sweet potatoes, if she had any idea about it.

Mahima angrily tells Akshara that she could have asked. Abhimanyu asks Mahima to calm down as he is fine. Mahima tells Akshara that she keeps on ranting Abhimanyu’s name all the time and didn’t get to know that Abhimanyu is allergic to sweet potatoes. She says that it can be life-threatening. Akshara cries and apologizes to Abhimanyu. She feels very apologetic. Mahima asks Aarohi to bring anti-allergic medicine or injection. Aarohi runs to arrange anti-allergic. Goenkas feels bad seeing Akshara’s apologetic and scared condition. Later, Anti-allergic injection is given to Abhimanyu. Mahima says thank god, otherwise the allergy could have gone worse after 15 minutes.

Reviewed Rating for Yeh Rishta 25th March 2022 Written Update Akshara’s funny prank: 4/5 This rating is solely based on the opinion of the writer. You may post your own take on the show in the comment section below.