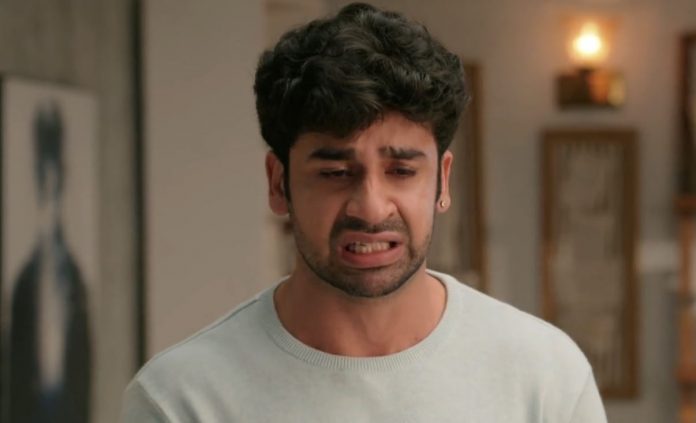 Anupama Paritosh shocking outburst 5th April 2022 Spoilers Anupama episode spoiler – Paritosh exasperates Anuj and Anupama are heading home when Paritosh’s friends see them. They ask him if Anuj and Anupama are his parents. They also find Anuj quite young to be a father. One of Paritosh’s friends informs another one that his parents are divorced. Paritosh’s friends start teasing him and tell him that he has two fathers. Paritosh gets angry and starts fighting. Anupama and Anuj go to calm him down. Paritosh shouts at them and tells that this kind of humiliation will occur daily now. They will get married but the Shahs have to bear the embarrassment. Will Paritosh’s outburst make Anupama cancel her wedding with Anuj?

Sejal secretly writes letters and puts them under a pillow. She escapes after making her move. Yohan is emotional when Drishti comes with a letter to him. She finds that Yohan too has received a letter. Yohan reads the letter given to Drishti and finds it similar. Drishti asks Yohan if he will come for the dinner. Yohan refuses and asks Drishti to go. Drishti request Yohan to come for the sake of their mother. Will Yohan listen to Drishti or will he get to know that Sejal is behind these letters?

Agastya sits in his car and leaves. Pakhi disguises herself as a biker to follow him. Pakhi starts the bike and rides away. The security heads appointed by Agastya for protecting Pakhi do not recognize her and are fooled. Pakhi throws nails near Agastya’s tyres to puncture them. She then goes ahead and waits for her actions to take shape. Agastya’s tyres are ruptured and his car stops abruptly. Is Pakhi planning to scare Agastya at his wit’s end with her new plan?

Aryan is fuming with anger and driving the car. He vows to ruin Aditya Tripathi even if he has to get destroyed with him but there is no forgiveness for Aditya. Lost in thoughts Aryan doesn’t see and man in front of his car and ramps up his car to the tree in order to save the man. Aryan meets with an accident and gets heavily injured. He comes out of the car with blood on his forehead and falls to the ground. Will Aryan have to pay a heavy price because of his anger?