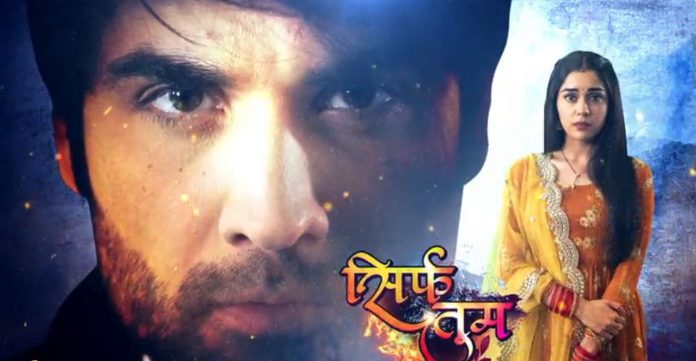 Sirf Tum 14th April 2022 Upcoming Spoilers Yeh Hai Chahatein episode spoiler – Yuvraj’s confession Saaransh is arrested by police while Dev sees this from the window. Yuvraj confesses his love for Preesha and says that there is no one in this world for him except her. He tells that Preesha also loves him and that is why she didn’t tell Rudraksh that he killed Rajiv. Yuvraj says that Preesha has kept this fact hidden and he is not in jail because she still loves him. Rudraksh listens to this and feels shocked.

Yeh Jhuki Jhuki Si Nazar episode spoiler – Armaan is heartbroken:
Nimmi tells Bhavna that she and her mother lied to Armaan as the marriage proposal was for Diya and not Palki. Armaan is shocked to hear this. Palki sees Diya’s photograph in Armaan’s wardrobe and feels surprised. Palki asks Diya and Jhanvi what is Diya’s photograph doing in Armaan’s wardrobe. Diya and Jhanvi are shocked.

Suhaani and Ranveer go to Kashmir and celebrate their love. Suhaani showers flowers on Ranveer while he gets lost in its fragrance. Suhaani confesses her love for Ranveer when Anshul comes there and separates Suhaani from Ranveer. He takes away Suhaani with him while Ranveer looks at her go helplessly. What will be the fate of Suhaani and Ranveer’s love story?

Niyati questions the beggars outside the temple where is the baby girl they had kidnapped six years back. She asks them who are her parents. Nidtiya prays to the goddess to unite her parents. Abhimanyu’s car stops in front of Niyati and she covers her face. Niyati is scared to see Abhimanyu. Nidtiya comes out of the temple and is surprised to see her friend Abhimanyu. Niyati is more shocked to know that Nidtiya considers Abhimanyu as her friend. Abhimanyu is surprised to see Nidtiya and takes Niyati’s name making her alarmed.

Manav tells the judge that one day before the hearing Akanksha met Ekta and made her ready to give a fake statement in the court. Akanksha’s lawyer says that her client didn’t meet Ekta and these are all baseless accusations. Manav asks the auto driver where did he drop Ekta at Vijay Nagar and he replies that at Kapoor Mansion. Manav asks the auto driver to tell what clothes was Ekta wearing and he replies that she wore a blue colored suit. Manav shows Ekta’s blue colored suit photo to the judge. Vaibhav is astonished.