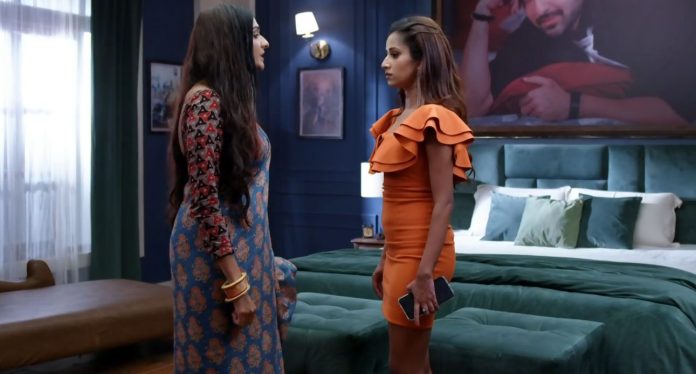 Bhagya Lakshmi Spoilers 16th April 2022 Upcoming Woh To Hai Albelaa episode spoiler – Saroj’s closing verdict Krishna tells Saroj that Chiranjeev has asked something from her for the first time and requests her to agree to it. Saroj sheds silent tears and informs Chiranjeev that Sayuri will be the Choudhary family’s daughter-in-law but not hers. Chiranjeev, Sayuri, and Krishna get disappointed. Saroj wants to clear one thing and says that Chiranjeev will be her son but his would-be wife Sayuri will not be her daughter-in-law. Saroj calls Krishna as Kanhaji and asks him if she is right. Krishna asks Saroj why is she calling him Kanhaji. She says that now he has become a god himself.

Dadi tells Neelam and Malishka that Rishi and Lakshmi were sleeping together. She says that Rishi had taken Lakshmi’s hand under his head. A lizard falls on Rishi and he gets scared. Lakshmi goes to help him but they both fall down and get wet in the shower. Malishka questions Lakshmi about where was she sleeping and she replies not to interfere between husband and wife for the next three months. Malishka tells Lakshmi that she is doing wrong and she says that she will not let Malishka do anything wrong. Lakshmi warns Malishka to be within her limits.

Aarav finally meets Simar at Maa Vaishno Devi shrine and says that he has full trust in the goddess that she will never separate them in life and will always keep them together. Aarav wraps a red shawl around Simar. Simar sings a devotional with the group of devotees in the temple. Aarav enjoys her song and Samar also swings to Simar’s tunes. Simar is happily lost in the performance while Aarav looks at his talented wife.