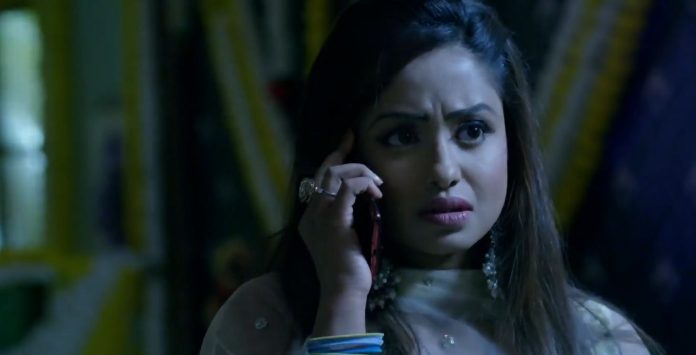 Anupama episode spoiler – Letters for MaAn Anuj brings letters sent by people to the Shah house. Paras suggests they open it together. Kavya is shocked to see the number of cards and gifts and asks how many relatives they have. Baa reveals that in this digital world relatives don’t have time to send a good morning text leave alone writing letters. Bapuji tells that the letters are from various corners of the world. Anuj gets letters from U.P and Delhi while Pakhi tells some are from New York and Toronto too. Kavya asks what is written in them and Anuj reads the letters.

Kumkum Bhagya Rhea exposed: Nick kidnaps Prachi and takes her to his secret hideout. He asks Prachi to stop crying because sometimes a person’s need compels him to do such things. Ranbir says that he has come to know about Nick’s intention and asks about the cost of Prachi’s freedom. Nick says that he cannot quote the price of his love and reveals that the lady who betrayed him wants to kill Prachi. Nick informs Ranbir that she is none other than Rhea. Prachi and Ranbir are taken aback.

Sudha tells Diya that being Armaan’s mother she wants her to come into his life. Sudha asks Diya if she will marry Armaan. Diya answers that she is ready to marry Armaan. Armaan smiles at Diya. Sudha informs Armaan that his used Haldi will be applied to Diya. Diya is applied Haldi sent from Armaan’s house but her legs start burning. Palki informs Armaan that Diya is being taken to hospital as she felt a burning sensation after applying Haldi sent by him.

Janardhan arranges a surprise for Dev and Rishita and asks them to see it. Janardhan makes an announcement about the Pandya and Grandson Store Original. Dev, Shiva, and Gautam are shocked by Janardhan’s announcement. Suman is also stunned. Janardhan declares that now two stores will run together face to face. Shiva is enraged while Dev looks at his family. Rishita is happy with her father’s anniversary gift.

Saroj tells the priest that she wants him to match the horoscopes of the couple and then only go ahead with the rituals. Chiranjeev, Sayuri, and Krishna are scared for a bit by Saroj’s presence as they feel that she might change her decision. The lively atmosphere suddenly becomes serious.