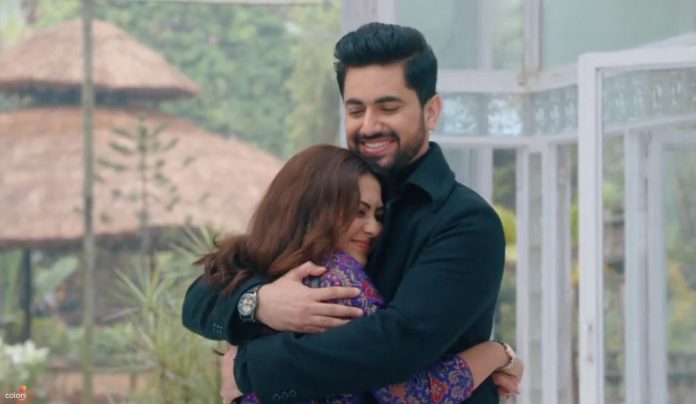 Fanaa 20th April 2022 Written Update Hopeful Agastya Agastya calls Dr. Girish and tells him that Pakhi’s condition isn’t improving. He tells Girish that Pakhi isn’t gaining consciousness. Daayi Maa asks Agastya to come and have food as he hasn’t eaten anything since morning. Agastya tells Daayi Maa that he will have food with her only after Pakhi will gain consciousness. Dr. Girish reminds Agastya that he told him that they should have taken Pakhi to hospital. He also tells Agastya that Pakhi’s heart rate is increasing and chances of her survival are very less. Dr. Girish goes to Daayi and asks her to explain and handle Agastya.

He tells Daayi Maa that he is going to get an injection which may save Pakhi’s life as only a miracle can save Pakhi now. De. Girish runs to get the injection for Pakhi, Agastya fails to stop him. Daayi Maa handles Agastya and suggests him to perform a tough and miraculous ritual for Pakhi in shiv-parvati temple. As Agastya is a man and pyrophobic, Daayi Maa asks Agastya if he would be able to perform such a tough ritual. Agastya tells Daayi Maa that he can do anything for Pakhi. On the other hand, Ishaana and Sameer are seen waiting for Ranjit in the police station.

Some police officers come there with sex workers. They show tantrums to police officials. Ranjit comes and asks his junior what is happening here. Junior tells Ranjit that he himself called and asked him to raid the red light area. Ranjit feels confused but ignores the matter for the time being. He sits and tells Ishaan and Sameer that Yug is a tough nut to break. Suddenly, the lights/electricity at the police station go off. Ranjit gets suspicious if this is Agastya’s plan to help Yug run away from the police station. He runs to see Yug.

On the other hand, Agastya and Daayi Maa reach the famous Shiv-Parvati temple. There, Daayi Maa explains the ritual to Agastya. She explains to him that he needs to walk on burning coals and reach Shiv-Parvati idols for Pakhi’s safety. Agastya feels scared seeing fire, being a pyrophobic. He recalls his scary childhood incident, where his step-mother tried to burn him. On the other hand, Agastya’s step-mother’s goon tells her that he failed to make Yug escape prison and bring him to her. Agastya’s step-mother tells her goon that Yug is important for her to get her revenge on Agastya. Goon tells Agastya’s step-mother that he was about to escape Yug but Ranjit stopped him at the last minute.

Agastya’s goon reaches Shiv-Parvati temple and informs him about Pakhi’s worsening condition. Agastya recalls his happy time with Pakhi and their marriage. He forgets his fear of fire and starts walking on burning coals to save Pakhi’s life. Later, Pakhi gains consciousness and Agastya feels a little relaxed. He asks Oakhi if she is fine now. Pakhi recalls how she tried to stop Agastya from coming near her and in this process she met with an accident. She asks Aagstya to not come near her. Agastya doesn’t oblige to Pakhi’s wish and sits near her. Everyone else in the room gets stunned. Agastya sends them outside. He asks Pakhi why she is shouting at him in front of others. Agastya tells Pakhi this way others will wonder why she is scolding at a person who cares a lot for her. He tells Pakhi that people will talk ill about her seeing all this, which he won’t be able to tolerate. Pakhi feels disgusted being around Agastya. Agastya makes Pakhi sit carefully.

He tells Pakhi that the doctor asked him to apply this ointment on her wounds. Pakhi takes the ointment and tries to apply it herself on her wounds. She finds it difficult to apply the ointment on her back wounds. Agastya helps her and applies ointment on her wounds. The scene feels a little romantic. Agastya limps while walking outside Pakhi’s room and the latter notices it and feels confused. Pakhi gets shocked and scared when Agastya brings the shackle back from which he kept her tied for days. Agastya drops the shackle and tells Pakhi that he can’t keep her always tied and requests her to try understanding his love for her. He promises Pakhi that he won’t tie her again ever. Agastya requests Pakhi to not leave him ever. He again walks outside the room limping and Pakhi notices burned marks on Agastya’s feet. Agastya comes back and tells Pakhi that whatever happened today has increased his faith that no matter what happens, she will come back to him only.

Next morning, Agastya goes to Pakhi with food. Pakhi refuses to have food even after a lot of requests from Agastya. Daayi Maa comes and offers to make Pakhi eat food by her hands. She reminds Agastya that she used to make him have food, even after he always showed tantrums to her. Pakhi feels confused as she again sees Agastya walking outside her room, limping. Daayi tries to make Pakhi have food by various methods. Pakhi asks Daayi Maa if she too has the habit of forcing her wishes on other people. She requests Daayi Maa to leave as she doesn’t want to have food. Daayi Maa forces a bite of food in Pakhi’s food. She tells Pakhi that Agastya could have also forced food in her mouth like she did but he didn’t as he wanted her goodness.

Pakhi asks Daayi she is seeing Agastya’s goodness but not what condition he made of her. She tells Daayi Maa that Agastya has forcefully held her captive here and scared the hell out of her father. Pakhi says Agastya has only taken advantage of her love and friendship till now. She also says Agastya has deceived her badly. Pakhi also tells Daayi Maa that she is Agastya’s stubbornness/obsession and he is fulfilling it only, nothing else. Daayi Maa gets angry and tells Pakhi that she can only see Agastya’s bad nature. She asks Pakhi to try seeing Agastya’s goodness too. She reveals to Pakhi that the doctor told that her chances of survival were less. Daayi Maa also reveals to Pakhi that Agastya saved her by walking on burning coals in Shiv-Parvati temple to save her.

She also tells Pakhi that Agastya stayed awake the whole night with her and hasn’t eaten anything since yesterday. Daayi says when she took food to Agastya, he told her that he will eat with Pakhi only. She tells Pakhi that in her whole lifetime, she didn’t witness someone loving someone so unconditionally. Daayi Maa asks Pakhi to tell her if anyone else loved her this much. Pakhi gets shocked on hearing all this. Daayi Maa tells Pakhi that she will regret. She leaves the room and forgets everything. Agastya asks Daayi Maa if Pakhi ate food. Daayi starts eating food she brought for Pakhi.

Agastya feels irritated and reminds Daayi Maa that she took this food for Pakhi, not herself. Daayi Maa feels guilty and tells Agastya that Pakhi refused to have food. She asks Agastya why he is getting mad in Pakhi’s love, didn’t he get anyone else in this whole world to love. Daayi Maa explains to Agastya that love can’t be forced and Pakhi will only hate him always. In his thoughts, Agastya keeps his up that one day Pakhi will fall in love with him and understand his love for her.

In the next episode, Pakhi will meet Agastya and thank him for walking on burning coals for saving her life. Agastya will feel hopeful. On the other hand, Ishaan, Sameer and Ranjit will be seen searching for Pakhi in the market where she was last seen and met with an accident. Unaware of the truth, Ishaan will meet Daayi Maa and ask her about Pakhi, showing Pakhi’s photograph to her. Daayi Maa will say that she has seen Pakhi. This will shock Sameer, Ishaan and Ranjit. They will feel a little hopeful.

Reviewed Rating for Fanaa 20th April 2022 Written Update Hopeful Agastya: 4/5 This rating is solely based on the opinion of the writer. You may post your own take on the show in the comment section below.