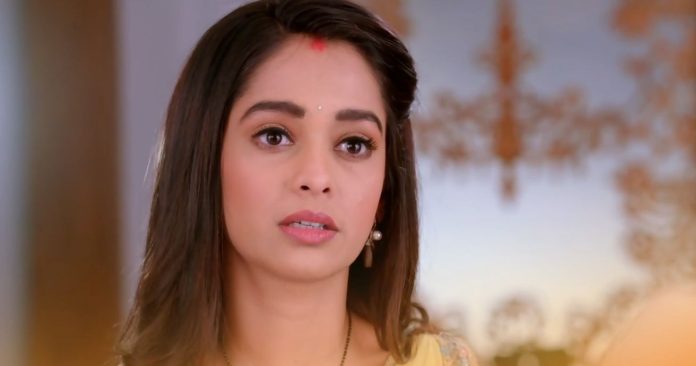 Kumkum Bhagya Prachi attacked 16th May 2022 Top 10 Spoilers Rhea informs Aaliya that she wants to see Prachi sad and in pain. She says that she wants to insult Prachi so much that she falls down in her own eyes. Vikram informs his mother that Ranbir has left the house. Prachi informs Shahana that whatever she spoke about her mangalsutra was true as it is everything to her. She kisses her mangalsutra. Two goons come on a bike and ask Prachi to remove her mangalsutra by pointing a knife at her.

Udaariyaan episode spoiler – Tanya Gill Punjab police Angad shoots Amrik and he dies. The police arrests Angad. Tanya tells Fateh that she is sorry for brother Amrik’s death. Fateh goes towards Tanya calling her as Tejo. She says that she is not Tejo but she is Tanya Gill from the Punjab police. Fateh refuses to believe her. Tanya declares that Tejo Sandhu has died. Fateh cries loudly and shouts noisily in pain.

Rakesh asks Nalini that she was dead and how is she alive. Preesha says that she had lied so that Rakesh comes here to destroy the evidence and they catch him. She says that as per their plan he came and now she is sure that he is only behind Dev’s murder. Rakesh confesses that Dev was all set to destroy his name so he killed him. Preesha records it and says that she can now send him to jail. He points a gun at her.

Kaju gets ready for marriage and Ful Singh becomes happy seeing her. Neel drives all the way to meet Kaju. The priest asks the couple to sit as he will start with the rituals. Ful winks at Kaju and she cries in despair. Kaju and Ful get ready to marry. Pallavi ties their knots. Neel says that he had promised Kaju that she will find him in her every difficulty. Kaju has lost all her hopes.

Dhanraj tells Tejendra that Chiranjeev did not just give Krishna’s hand to Sayuri’s hand but he wanted their togetherness forever. Bhanumati tells Indrani that while departing Chiranjeev showed Sayuri the right path. She says that Chiranjeev wanted Sayuri and Krishna to get married. Tejendra also feels the same. Krishna and Nakul are shocked to hear Dhanraj and Tejendra’s conversation.

Bindiya feels that Shagun is a poor girl and doesn’t deserve to be a model. She removes her blouse straps and a strong wind blows making Shagun uncomfortable. Shub saves her dignity. Media people try to barge in but Shub stops them. He scolds the set’s director for the mishap. Shagun cries and Bindiya becomes happy. Shub is determined to destroy the person who leaked the news to the media.

Shubham informs Hari Mohan that yesterday’s mishap was not a coincidence but someone was behind it. Siddarth asks Shubham if he is sure. Hari Mohan asks Siddarth when did he get interested in the family business. Siddarth says that he is still not interested but if anyone tries to harm his grandfather then he will answer back. Siddarth and Shubham join hands. Pramod informs Mr. Agarwal that Shubham has become suspicious and Siddarth and Mithai have also joined him.

Devraj tells Vamika that if she needs anything she can ask him. She becomes very happy and asks will she get anything. Devraj says yes and Vamika looks at Krisha. Krisha feels sad. Devraj informs Krisha that they have got back their palace because of Vamika. He asks her to respect Vamika and give a promise that she will accept her wholeheartedly. Krisha is in a fix.

Shagun tells Shub that he did wrong by questioning her character and her family. Navya informs Yug that her brother loves her more than she loves Yug. Yug asks her how can she term this as love. Navya tells Yug that for a poor worker he will scold her and he informs that she is his elder sister Shagun. Shagun takes Yug’s side. Shub is not ready to accept Yug but Navya is adamant.