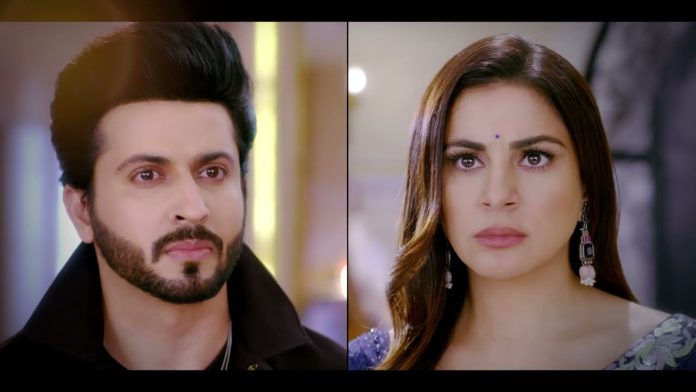 Kundali Bhagya Double trouble 23rd May 2022 Spoilers Kundali Bhagya episode spoiler – Shirleen-Prithvi in trouble Shirleen cries and tells Prithvi that Preeta has come to know what they did with Rishabh. Kritika enters the room and Shirleen wipes her tears. Preeta gets out of the car and her aunt informs her that Shirleen is there. She hides and observes her. Prithvi gets out of the car too. The aunt informs her that Prithvi is also accompanying her. Preeta is shocked. Will Preeta catch Shirleen and Prithvi red-handed?

Abhimanyu receives Akshara’s selfie and says that she is looking very beautiful. Akshara asks him to come fast as a surprise is waiting for him. He takes a rose with him and comes running. Manjiri and Harshvardhan are shocked to see their marriage pictures. Abhimanyu destroys the rose in anger. Akshara sings Piya Tose Naina Laage Re song and Manjiri becomes emotional. Harshvardhan is disinterested. Akshara sees Abhimanyu and smiles.

Usha tells on a call that she never made any loss and will not do in the future too. She seems to be a wicked person and informs someone that a girl is with her. Pari snatches the phone from JD’s hand. He asks her to give it back but she doesn’t listen so JD shouts loudly at her. Pari gets scared and the phone falls down. JD is shocked. Kaju thanks Usha and hugs her. Usha gives a wicked smile.

Manav informs Yatarth that from tomorrow he will spend time with him. He asks him about his office and Manav says that he has made some arrangements and if he doesn’t go to the office also it is okay. Akansha listens to Manav carefully. Vaibhav gets arrested by police. Rane informs Akansha that Vaibhav got arrested for keeping black money at home.

Prisha asks Armaan to not speak about Soumya’s Godhbharai mishap. She says that she only wants to think about the future with him. Prisha keeps her head on Armaan’s shoulder. Prisha calls and Armaan goes to pick it up. Soumya signals him to stop and picks up the phone. She tells Prisha that she came to know about her boyfriend. Armaan and Prisha are shocked. Does Soumya know about Armaan and Prisha’s secret affair?