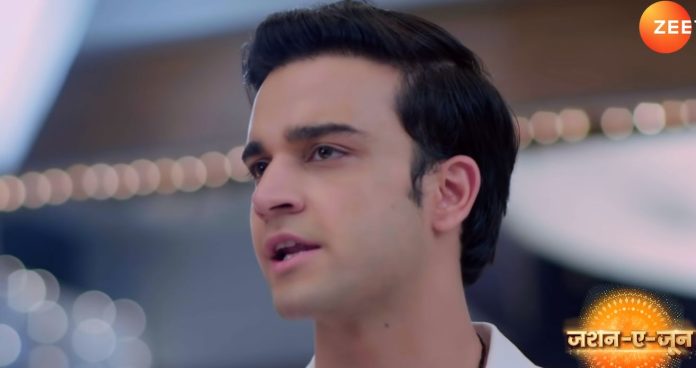 Mohan asks Damini what she gave to Gungun for breakfast. She says Pasta. Mohan tastes it and finds Mushrooms in it. He gets angry with her and asks if she wants to kill Gungun. Mohan asks Damini when she knows Gungun is allergic to it then why did she add it. He says that he doubts her love for Gungun. Mohan declares that if she cannot be a good mother he doesn’t want to marry her.

Anu says that she loves beaches but they rarely go. Anuj and Anupama are surprised. Kinjal plays with a teddy bear and falls down. Paritosh panics. Anupama says that those who don’t have children pray to god to give them one. Anupama and Anuj take Anu to the beach. Anuj says that if people could adopt at least one child the world will be a better place to live. Anupama and Anuj enjoy with Anu.

Yuvan remembers his mother’s memories and becomes happy. He doesn’t find the moon given by his mother and panics. He takes off his shirt. Malini makes an entry into the party and everyone welcomes her. Yuvan removes his pants and enters the party. Everyone is shocked and the photographers click his pictures.

Tere Bina Jiya Jaye Na episode spoiler – Vamika’s decision:
Krisha does the pooja and Devraj sees her sari’s pallu catching fire. He runs to save her and pushes Vamika. The wedding card gets burnt. Vamika says that her wedding’s first ritual got spoiled. Rati asks what is the god’s sign. Vamika declares that her wedding will take place on the decided date. Devraj feels that the god is trying to give him a hint.

Ghum Hai Kisikey Pyaar Meiin episode spoiler – Samrat dies:
Virat and Sai rush Samrat to the hospital. Sai continuously asks Samrat to open his eyes. Virat runs to call a doctor. Samrat tells Sai that his time has come to go and asks her to always support Virat. Virat brings along a doctor and he checks Samrat. He declares that Samrat is no more. Sai and Virat cry their hearts out.

Shagun tells Shub that he tried to kill her and Yug for winning a bet. Navya cries and tells Shub that he lost from a cheap girl like Shagun. Navya picks up the gun. She says that she wants Shagun to die and Shub slaps her. Shagun stops Shub from meeting Yug. They both have a romantic moment.

Yuvraj says that his only purpose in life is to ruin Preesha and Rudraksh. Revati shows Preesha a video of Gopal asking for help. Preesha is devastated. Preesha falls sick. Revati shows a report to her and says congratulations. Preesha is shocked.