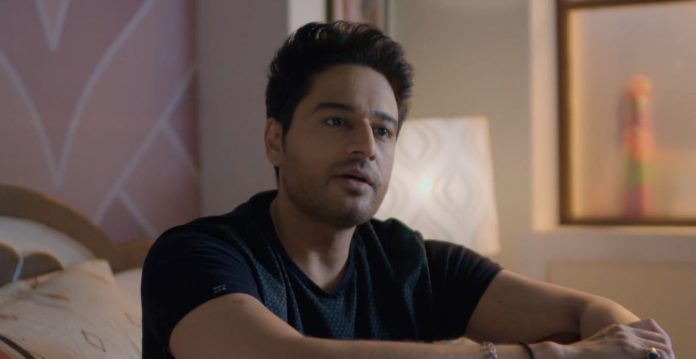 Anupama Anuj shocks Barkha 6th June 2022 SpoilersAnupama episode spoiler – Anuj shocks Barkha Paritosh gets angry at the unknown guy for misbehaving with Pakhi. Samar tries to calm him. Pakhi says that the guy didn’t do anything and he was just helping her because another guy was troubling her. Barkha tells Anuj that the house is the same and he says they are building a new one. She says that she will do the interiors of the new home and he says that she will have to ask Anupama as she is the owner. Barkha is shocked.

Abhimanyu tells Akshara that he is going to search for Neel and she insists to come along. He doesn’t agree and she says that whatever happened today was not right. Abhimanyu blames Akshara for it. He sets off on his bike and searches for Neel everywhere while he is roaming alone on the streets. A car comes and stops abruptly in front of Neel. Abhimanyu gets scared.

Imlie confronts Aryan for his behavior and says that he never reacts without any reason. She asks him why did he behave like this. Aryan asks her how she becomes friends with people so easily. He says that she starts spending time with that person without knowing anything about them. He asks her to be careful. Imlie asks him to not be selfish. Aryan holds Imlie tightly and says that he is selfish for her. Imlie is amazed.

Banni declares that she will be there for Yuvan till he values and respects her food. Malini tells that Banni first entered the house followed by feeding him and now she is entering his bedroom. She asks her what is she planning to do next. Banni feels angry. Yuvan’s sister video calls Banni and shows her what is happening with Yuvan. Banni is stunned.

Rocky gives 5 lakhs to Anjali and she is stunned. Brij Mohan starts coughing and Diya goes to check on him. She finds Anjali missing and wonders where she must have gone so late in the night. Anjali comes back and slowly locks the door. Diya switches on the light and catches her. Palki also gets up. Diya looks suspiciously at Anjali. She feels nervous.

Ghum Hai Kisikey Pyaar Meiin episode spoiler – Bhavani supports Sai
Patralekha says that what happened that day can be rectified today. She separates Virat from Sai pushes him and takes away Sai with her. Virat tries to stop her. Patralekha asks Sai to leave the house. Bhavani catches Sai’s hand but Patralekha thinks it is Virat. She says that Sai is pregnant and she cannot allow her to leave the house.

An unknown guy contacts Rudraksh for some work. Gopal frees himself and decides to call Preesha so that she can track where has Revati hidden him. A truck comes towards Preesha and she gets scared. Rudraksh drops his phone and runs to save Preesha. She falls into his arms.

Pari sees Kaju coming with Neel and calls her mountain girl. She shouts and runs to greet them. Bhoomi gets scared and the plate in which sindoor is present falls on Kaju’s forehead. Kaju tells everyone that Neel has brought a new daughter-in-law. Everyone becomes shocked. Kaju and Neel are scared of their family member’s reactions.

Sayuri feels worried about Krishna as he had told her he will drop Anjali off and be back quickly. Anjali gives a surprise to Krishna. Saroj tells Kusum that Krishna and Anjali’s closeness will remove Sayuri from their lives. Sayuri is shocked. Anjali seduces Krishna and he gets astonished by her behavior.