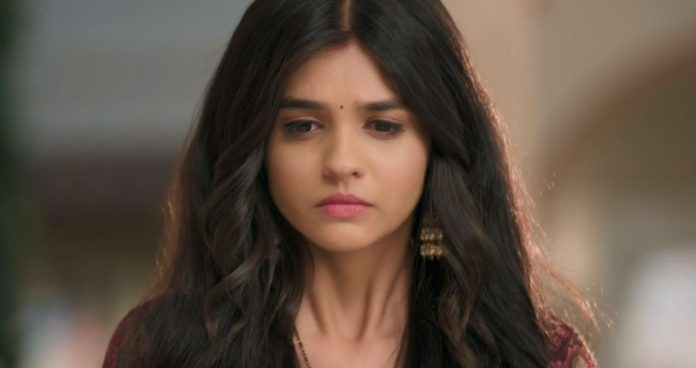 Yeh Rishta 18th June 2022 Written Update Ego clash Abhimanyu lies on the mustard seed pillow that Akshara made for him. He finds it getting torn and thus ties a knot to it Abhimanyu puts the fallen mustard seeds in a nearby mug. While doing all this, Abhimanyu misses Akshara badly and looks at his and Akshara’s wedding photograph. He feels restless in Akshara’s absence. Manjiri comes there and Abhimanyu wipes his tears. He turns and looks at Manjiri in anger. Manjiri feels guilty. Abhimanyu tries leaving but Manjiri stops him and asks about Akshara’s whereabouts.

Abhimanyu leaves lying to Manjiri that Akshara has gone to her maternal home as she wished to. Manjiri feels worried and confused. At Goenka house, Akshara comes downstairs. Her phone rings and she gets hopeful that Abhimanyu might have called her. Akshara’s hopes break, seeing Manjiri’s calling her, not Abhimanyu. She wonders if Abhimanyu would have revealed about their argument to Manjiri. Akshara picks up Manjiri’s call and talks normally. Worried, Manjiri asks Akshara if everything is fine as she suddenly went to her maternal home. Akshara asks Manjiri if Abhimanyu didn’t tell her anything.

Manjiri tells Akshara that Abhimanyu just told her that she went to Goenka house, as she wished to meet her maternal family. She says she couldn’t ask anything else from Abhimanyu as he still didn’t seem calm. She reminds Akshara that she sent her behind Abhimanyu to talk to her. Akshara asks Manjiri to relax and give some time to Abhimanyu. Manjiri asks Akshara if she will return in the evening. Akshara tells Manjiri that she will stay the night with Goenkas as Kairav has to discuss something important. Manjiri asks Akshara if everything is fine between her and Abhimanyu.

Akshara asks Manjiri to not take tension as everything is fine. She disconnects the call asking Manjiri to rest and take care of herself. Akshara feels apologetic for lying to Manjiri. She thinks that she didn’t wish to make Manjiri more tense. Akshara wipes her tears and calms her emotions. She starts dancing and singing with her family at the dining table. Akshara also makes everyone have dinner. She makes everyone happy, even being in pain herself. Akhilesh asks Akshara how she suddenly came to meet them as she always makes excuses when they ask her to come.

Akshara asks if she can’t come to her own house. Manjiri says Akshara will come to Goenka house, whenever she wishes to. Aarohi asks Akshara if everything is fine at Birla house. Akshara tells everyone that not everything is perfect/fine at Birla house, but better than before. She says such a big thing will take time to settle down. Kairav in a lower voice, asks Akshara to tell him if something has happened between her and Abhimanyu, instead of hiding it. Akshara recalls Abhimanyu’s bitter words. She lies to Kairav telling him that nothing is wrong between her and Abhimanyu. Akshara also tells Kairav that he is overthinking. She suddenly asks Manish about Suhasini’s whereabouts.

Swarna tells Akshara that Suhasini had pain in foot and thus is resting in her room. Akshara runs to meet Suhasini. Seeing Kairav’s tense expressions, Aarohi doubts that Akshara is hiding something from everyone. Kairav’s doubt and worriedness about Akshara increases. On the other hand, Abhimanyu recalls Akshara’s advice and bitter words. He exercises roughly.

Manjiri asks Abhimanyu to have food. Abhimanyu lies to Manjiri that he has already eaten. Manjiri asks Abhimanyu if ate food with Askhara. Manjiri relaxes thinking that everything is fine between Akshara and Abhimanyu. As Manjiri leaves, Abhimanyu exercises more roughly. Both Abhimanyu and Akshara recall their argument and miss each other badly. They fall asleep in restlessness. Next morning, Akshara imagines Abhimanyu coming to her room secretly. She also has a cute fight and banter with Abhimanyu in her dreams. Akshara further dreams that Abhimanyu is taking her forcefully on his back in front of his family and Manish allows him.

Further in Akshara’s dreams, Abhimanyu explains to Akshara that love gets strong with cute banters and fights. Akshara gets happy and smiles. She suddenly wakes up from her sleep and her beautiful dream breaks. Akshara gets shocked seeing no missed calls or messages from Abhimanyu. Abhimanyu also wakes up at the same time. Akshara and Abhimanyu find each other’s number busy as they call each other at the same time. Akshara and Abhimanyu stop themselves from texting each other, recalling each other’s bitter words. They keep their phone aside and walk outside their rooms. Abhimanyu feels angry seeing Neil taking care of a sleeping Harsh.

He recalls Neil telling Akshara that his personality could have had good changes, if he would have known that he is Birla house’s son and especially Harsh’s son. Abhimanyu controls his anger, noticing Neil’s anxiousness. At Goenka house, Akshara sings and serves tea to everyone. Swarna and Suhasini discuss that Sawan Milni is Akshara’s favorite festival, which cheers her up. Akshara feels sad realizing that arguments are going on between her and Abhimanyu during their first Sawan Milni festival after their marriage. She asks Goenkas to avoid calling/inviting Birlas to Swana Milni celebrations at Goenka house.

Akshara explains to Goenkas that Birlas won’t be able to enjoy the festival as per the situation going on in their house. She says this way Goenkas happiness will also get affected. Goenkas feels something off. She changes the topic and asks everyone to focus on the Goenka family. Akshara hides and cries out her pain secretly. She decides that she won’t accept defeat/bend down in front of Abhimanyu this time as she always does. Abhimanyu also thinks the same on the other side.

Reviewed Rating for Yeh Rishta 18th June 2022 Written Update Ego clash: 2/5 This rating is solely based on the opinion of the writer. You may post your own take on the show in the comment section below.