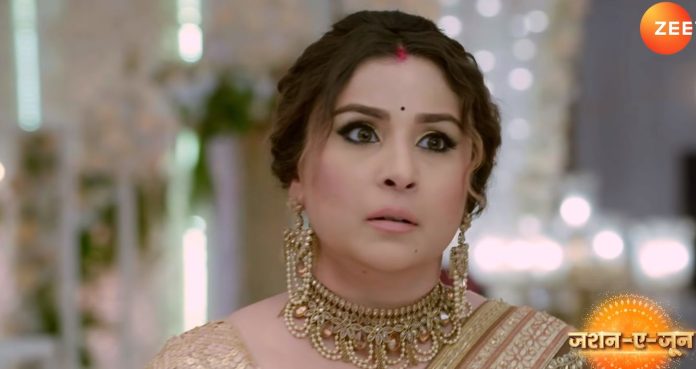 Kumkum Bhagya Pallavi special gift 27th June 2022 Spoilers Kumkum Bhagya episode spoiler – Pallavi’s gift to Rhea Rhea is crying. Pallavi says that she hasn’t given her any gift since she announced her pregnancy and says that she has a gift for her. She informs her that she will not allow Prachi to stay in the house and will soon kick her out. Prachi tells Ranbir that Rhea’s pregnancy is the proof of his betrayal. He says that it is not true and informs her that he only loves her. Ranbir goes to hug Prachi but she asks him not to touch her. Ranbir is stunned.

Dhara says that she will inform Gautam but Shiva cuts the call. He says that they cannot tell anyone and she asks why. Shiva becomes emotional and just looks at Dhara. Dev receives a courier and gets shocked. Gautam asks him what it is and he says that it is the sale deed of the land. Dhara is shocked. Dev says that Shiva sold their land for 30 lakhs. Everyone is stunned.

The doctor is pissed off with Virat when he says that Sai went to search for Geeta and then she went missing. She says that they don’t have much time left. Virat says that he will himself go to search for Sai. The doctor warns that nothing is in her hands after 3. Bhavani comes with Pakhi and Virat is shocked.

Rudraksh asks a man if he got any information about Armaan. He says that he is in Delhi with his family and staying at hotel Kapola. Rudraksh says that he wants to meet Armaan anyhow. He sees Armaan in the hotel. Ruhi is also present there in search of Preesha. The man says that there is a way to meet him. Ruhi follows Preesha and calls her out. Rudraksh and Sharda also reach there. Preesha is confused.

Kabir brings Katha into his house and promises her that he will be the reason for her smile in every step of their life. Katha becomes emotional. He says that he will punish the person who hurt her. Rahul is happy and eagerly waiting for her sister-in-law and says that finally the day has arrived to welcome her. How will Katha react after seeing her past?