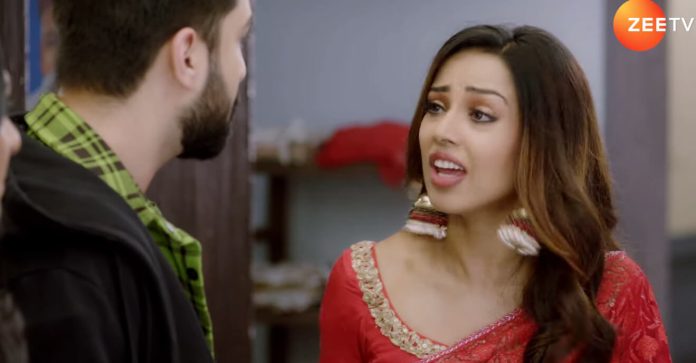 Bhagya Lakshmi Truth for Rishi 28th June 2022 Spoilers Bhagya Lakshmi episode spoiler – Aahana reveals pregnancy The judge madam is about to grant a divorce to Rishi and Lakshmi but Aahana comes and stops her. She informs Rishi that she is pregnant and not Lakshmi. Rishi is shocked. He looks at Lakshmi in tears. Lakshmi asks Aahana why did she do that. She says that she cannot fix her alliance by breaking their marriage. Aahana cries and hugs Lakshmi.

Damini spikes Radha and she becomes unconscious. She says that she will teach her such a lesson which she will never forget. Some men wrap Radha in a carpet and take her away. Gungun says that Radha is lost and Mohan searches for her. The carpet in which Radha is present catches fire. Gungun prays to god and asks to give Radha back to her. Mohan performs pooja with Gungun.

Bahut Pyar Karte Hai episode spoiler – Zoon’s signing amount:
Superstar Ritesh makes a grand entry into a mall while his fans cheer for him. Indu desperately searches for Zoon. Zoon waves at Ritesh and he stops. He asks her what is she doing here alone. Zoon says that he had promised her that he will search for her father and gives him a piggy bank as a signing amount. Ritesh is stunned but takes it. Indu and Ritesh argue. Zoon catches both of them and is not ready to let go of their hands.

Naagin S06 episode spoiler – Shakti wants Pratha:
Pratha is determined to teach a lesson to Rishabh for betraying her who only loved him a lot. She says that now her love will only punish him and her broken heart will not let him live in peace. Shakti goes crazy and tells Mahek that he will acquire the girl whom Rishabh loved and she says that she is not that girl. She says that Rishabh use to love another girl. Pratha comes into a storeroom and senses something. Shakti looks at her fiercely.

Gud Se Meetha Ishq episode spoiler – Phool Singh in jail:
Neel asks Kaju to support him in his plan. Kaju tells the police that Phool called her at a remote place and tried to touch her. She says that he tried to forcefully take her away. Neel secretly watches. Kaju asks for help. Phool is thrown inside the jail and he threatens Kaju.