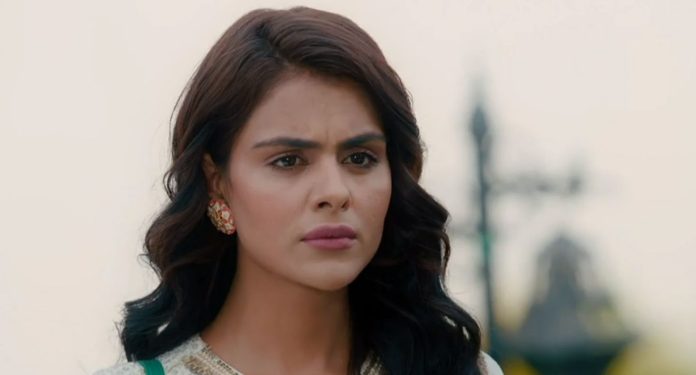 Udaariyaan 29th June 2022 Promo Update Old Tejo back Udaariyaan episode spoiler – Tejo regains memory Jasmine says that Fateh thinks he can cure Tejo. She vows to make Tejo’s condition so bad that Fateh himself will accept defeat. Tejo and Fateh play in the mud and she confesses that she likes this place. He asks her if she remembers this place and Tejo says yes. She reveals that Fateh likes the pakodas sold in this place. Fateh becomes very happy. Fateh gets rejoicing that his old Tejo will be soon back with him. He misses their wonderful moments and cries out of happiness. Later, Fateh shares the good news of Tejo’s memory recall with her family. Tejo’s parents get glad seeing Fateh’s efforts bearing the fruit, while Jasmin aims at blocking Tejo’s memory for once and all. Will Jasmin’s evil fasten the process of Tejo’s memory coming back in his own way? Keep reading.

Yeh Rishta episode spoiler – Mr. Bijoria invites Abhira:
Mr. Bijoria informs Akshara and Abhimanyu that she is throwing a party and insists them to come. He says that he doesn’t want to listen to anything and asks both of them to come. He gives them the passes to the event. Akshara and Abhimanyu are in dilemma to ask each other if they wish to go to the party or not. They both take each other’s same at the same time.

Harphoul Mohini episode spoiler – Harphoul-Mohini’s romantic moment: Harphoul and Mohini’s marriage gets fixed. Balwant tears their wedding poster with his sword. Harphoul goes near Mohini and holds her waist. She gets surprised. Mohini’s father receives a letter and Balwant says that Harphoul and Mohini’s relationship will be over. Harphoul helps Mohini put her jewelry.

Appnapan – Badalate Rishton Ka Bandhan episode spoiler – Harsh traps Gagan:Pallavi tells Barkha that to rescue Gagan, she will arrange for the best lawyer. She takes out all her savings and goes to a lawyer but she refuses to take up her case. She says that she will not let her son break down. Pallavi tells her mother that Gagan is in jail from two days and gets worried about his state. Manna reveals that Harsh trapped Gagan. Pallavi goes to the police station.

Niharika calls Manav and says that she had thought of staying with him and remembering their college times. She says that they both will together plan their future now. Mr. Holkar becomes happy. Vaibhav says that he will not let Manav fulfill his dreams.