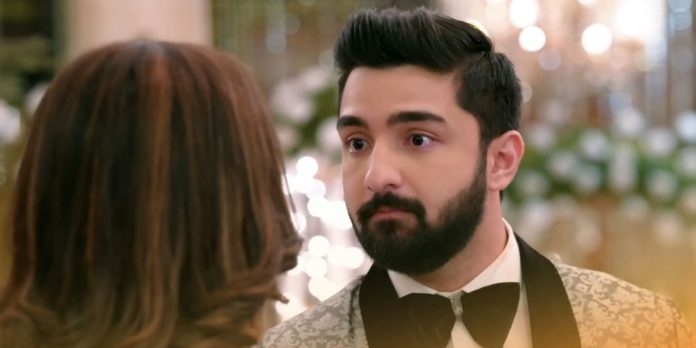 Bhagya Lakshmi Rishi in peril 7th July 2022 Spoilers Bhagya Lakshmi episode spoiler – Rishi texts Balwinder Rishi is determined to know who brought Balwinder into their house. He texts Balwinder through Lakshmi’s phone. He becomes happy. Rishi vows to not leave him this time. Balwinder also plans to harm Rishi. A priest informs Lakshmi that the next two days are bad for Rishi. She is alarmed.

Vanraj warns Anupama that she must keep her maternal and in-law’s home separate. She tells him that he is only her past which gives her a headache with just a thought about it. Adhik tells Pakhi that only they have the right to take their life decisions. Vanraj declares that neither Pakhi will go to Anuj’s house nor Adhik should come to their house. Adhik asks Pakhi to not lose hope.

Anandibaa tells Aarav to not sign but he says that he has already signed. Gunjan asks Emily if she has signed and she too says yes. Anandibaa scolds the registrar for getting Aarav and Emily married. Gunjan cries and tells that nature has done its work.

Yuvan and Niyati come down together. Banni prepares to leave and Yuvan asks her to keep coming. Malini is happy that Yuvan’s protector has finally left the house. She hugs Yuvan and says that now no one can save him from her trap. Everyone dances around him with loud music and Yuvan gets scared. He falls down unconscious.

Prafulla complaints about Shiva at the police station. The inspector warns her that if her information is fake then it will not be good. She assures that the news is 100% true. Prafulla brings the police to Rishita’s baby shower. Shiva is dancing in the disguise of a eunuch. He gets scared. Everyone is stunned to see the police.

Armaan’s mother brings Preesha to eat Delhi’s chaat. Vashika also takes Rudraksh to the same place to eat chaat. Preesha gets a sweet chaat while Rudraksh gets a spicy one and starts coughing. Vidyut informs Rudraksh that Ruhi and Saransh’s school had announced a bomb threat and had declared a holiday. Ruhi becomes unconscious and Saransh asks Preesha to help his sister.

Channa Mereya episode spoiler – Aditya defeats Surpreet:
Surpreet asks Aditya if he will defeat him to compensate for a loss. He says that he has kicked the winning position and has come here. Aditya taunts him that he is not interested to defeat people who are already losers. Ginni becomes emotional and wishes her father on his birthday. Aditya wins and burns the poster of their company.

Bohot Pyaar Karte Hai episode spoiler – Ritesh follows Indu:
Indu tells Mahesh that the love she imagined to be her life and happiness turned out to be more worst than death. Ritesh tells Rahul that Indu is broken and says that no one deserves to hate love. He says that this should not have happened and goes after Indu.