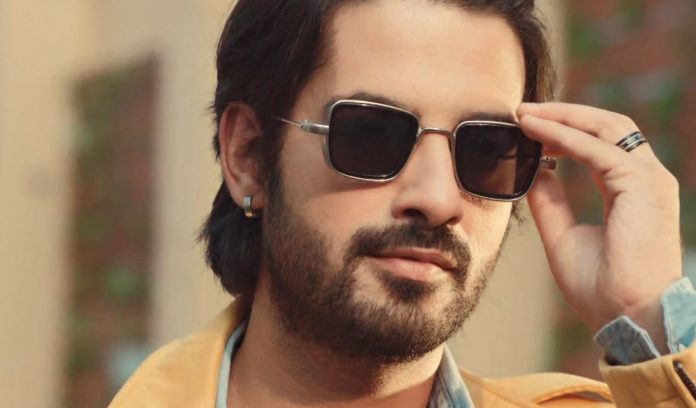 Yeh Hai Chahatein 15th July 2022 Written Update Rudra tells Prisha that she is his wife. Prisha tells Rudra that she was his wife, not now. She also tells Rudra that now she doesn’t even want to see his face. Prisha’s words shocks Rudra. Unaware of the truth, Rudra apologizes to Prisha about misunderstanding her earlier. Due to memory loss, Prisha misunderstands Rudra. Before Rudra could remind Prisha that they argued last year, because they lost their newborn, their lives biggest happiness, Prisha stops Rudra in between. Everyone else stands in a confused state.

Prisha tells Rudra that there can’t be any justification for what he did with her. Unaware of the truth, Prisha accuses Rudra of almost killing/murdering her. Shocked, Rudra wonders why Prisha is saying all this for the small argument that happened between them last year. He asks Prisha what she is saying. Seeing Rudra coming closer to her, Prisha shouts and warns Rudra to not dare touch her. Rudra asks Prisha why she is doing all this. He tells Prisha that he is her husband and loves her a lot. He requests Prisha to leave her anger and return home. Rudra promises to Prisha that he will do whatever she wants him to do.

He requests Prisha to not hate him this much as he won’t be able to tolerate it. Rudra holds Prisha’s arms and keeps on saying, “I love you” to her. This makes Prisha angry and she gets a rage attack. Prisha pushes Rudra away brutally due to the rage attack. This shocks everyone. Prisha throws the police station’s stuff and pushes furniture here and there in anger. This behavior of Prisha shocks everyone except Pihu. Pihu runs to Prisha. Prisha feels dizzy. Pihu asks someone to bring water. Before Rudra could reach Prisha, Armaan pushes him away. Prisha falls unconscious in Armaan’s arms.

Armaan angrily asks Rudra how dare he touch his wife. Hearing Armaan addressing Prisha as his wife shocks and angers Rudra. At Khurana Mansion, Sharda feels tense thinking why Raj, Vidyut and Rudra aren’t receiving her calls. Saaransh tells Sharda that all three of them must be busy in getting Vidyut free. Ruhi says Vidyut ruined her plan by committing a crime at the wrong time. Saaransh asks Ruhi what plan she is talking about. Ruhi tells Saaransh that she planned to play a game with everyone. She thinks that she needs to as soon as possible tell Rudra about Prisha leaving for Mumbai.

At the police station, an angry Rudra asks Armaan how dare he call Prisha as his wife. Armaan angrily tells Rudra that Prisha is now his wife. Angry Rudra grabs Armaan’s collar and says that Prisha is actually his wife. Rudra tells Armaan that since a long time he (Armaan) was lying to him that he doesn’t know anything about Prisha’s whereabouts. Armaan tells Rudra that he hid Prisha’s whereabouts from him because Prisha hates him and doesn’t want to even see his face. Rudra says Prisha doesn’t hate him but instead loves him. He addresses Armaan as a liar. On Armaan’s insistence, Pihu tells Rudra that Prisha really hates him.

Rudra grabs Armaan’s collar and screams out his anger on him. Rudra accuses Armaan of Prisha’s present condition. He attacks Armaan in anger. Pihu, Raj and Vidyut separate Rudra and Armaan. Rudra tells Pihu that in actuality Armaan is evil. He says Armaan ruined his and his family’s life. Rudra accuses Armaan for whatever is happening. Unaware of the truth, Pihu accuses Rudra for Prisha’s present condition. She tells Rudra that everyone knows how he troubled and tortured Prisha. She says her brother is very caring and keeps Prisha happy. Pihu asks Rudra to not return to Armaan-Prisha’s life and stay away.

Rudra refuses to stay away from Prisha, saying that Prisha is wife. Armaan tells Rudra that Prisha is his wife at present. Rudra tells Armaan that Prisha is his legal wife and no one can stop him from taking Prisha away. He pushes Armaan away and picks up unconscious Prisha in his arms. Armaan tries stopping Rudra, but the latter pushes away the former. Armaan takes the police’s help and lies to stop Rudra. Rudra fights the police officials trying to separate him from Prisha. A police official hits Rudra’s head and he falls down with Prisha in his arms. Armaan comes and tries taking Prisha away. Rudra asks Armaan to not touch his wife.

Armaan tells Rudra that Prisha is wife and has married him. Rudra asks Armaan to shut up. He keeps Prisha hugged in his arms. Rudra tells Armaan that Prisha can never marry a man like him. He also tells Armaan that he never gave divorce to Prisha, so Prisha can’t ever be his wife. Armaan tells Rudra that he has already given divorce to Prisha. He shows Rudra the divorce papers that he made him sign without his knowledge. Rudra says he never signed any divorce papers. Armaan says to prove his truth, they can get divorce papers analyzed by any person with legal knowledge. Flashback shows how Armaan used a fake police constable to fool Rudra and make him sign the divorce papers in the name of formal papers to search for Prisha.

Worried Rudra signed the divorce papers without even reading them. Armaan pays the fake police constable. Armaan smiles evilly. Flashback ends. Armaan tells Rudra that now no one can stop him from taking Prisha, his wife, with him. Rudra remains adamant and accuses Armaan of conspiring against him. He says Prisha is his life and he will die but never divorce Prisha. Pihu feels very angry, unaware of the truth. Police threaten Rudra to let Armaan take his wife, Prisha away with him. With police’s help and permission, Armaan takes Prisha with him and away from Rudra.

Armaan files a complaint against Rudra for harassing and eve-teasing Prisha. He asks the Inspector to make sure that Rudra shouldn’t be seen near Prisha from now onwards. Rudra takes an oath that he won’t let Armaan get successful in his evil intentions and conspiracy against him and Prisha. He says Prisha will always belong to him. Police and Armaan separates Rudra and Prisha. Pihu tells the inspector that for now she is taking her complaint back after seeing whatever happened at the police station. She also tells the inspector that she will return once her sister-in-law gets well.

Pihu leaves the police station. At Khurana Mansion, Sharda feels worried about everyone, especially Rudra. She receives Vidyut’s call. Vidyut informs Sharda that Rudra got arrested. This information shocks Ruhi and Saaransh. Sharda tells Vidyut that she will reach the police station in some time with their lawyer. Later at the police station, Sharda defends Rudra’s actions by naming them shock after seeing Prisha. She tells the inspector that Rudra reacted this way because he saw Prisha after one year of searching for her.

Sharda tells the inspector that Rudra can’t do anything wrong because he is a big rockstar and has a reputation in society. She requests the inspector to free Rudra. Inspector tells Sharda that they have arrested her son for attacking police officials and also for harassing Prisha. In the next episode, Rudra will successfully convince Saaransh and Ruhi to help him get Prisha back home. On Digivijay’s advice to keep Prisha away from Rudra, Armaan will decide to leave the country with Prisha. Pihu will be shocked to see the whole Khurana family at her house. Ruhi will secretly start executing Saaransh, her and Rudra’s plan to get Prisha back. Armaan will be seen scared.

Reviewed Rating for Yeh Hai Chahatein 15th July 2022 Written Update: 3/5 This rating is solely based on the opinion of the writer. You may post your own take on the show in the comment section below.