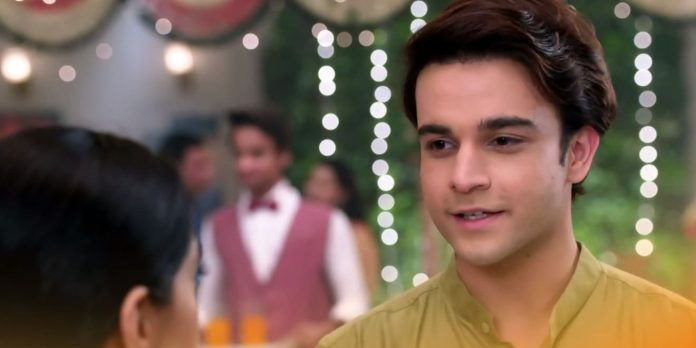 Kumkum Bhagya Ranbir’s charm 27th July 2022 Spoilers Kumkum Bhagya episode spoiler – Ranbir fixes Prachi’s sari Pallavi tells Rhea that she had told that she wants to see Prachi and Ranbir together so that she trusts Rhea and doesn’t feel insecure seeing her with Ranbir. She says that isn’t it obvious that she is doing this for the baby. Vikram asks her how can she plan this. Ranbir arranges Prachi’s saree pleats. Rhea is shocked.

Anupama episode spoiler – Anupama in trauma:
Anupama says that she will do anything but will not let her children go far away from her. She clicks a family picture but finds herself alone in it. Anupama sees loneliness all around her. She gets an illusion of all her family members leaving her. Anupama hugs Anuj and asks him not to leave her. He too leaves. She shouts.

Gunjan promises Pinky that she will remove Emily from the house. Emily climbs on a rope and swings on the other side. Everyone is shocked. Gunjan receives a call from Jai Bala and she becomes happy. She says that she got the visa to send back Emily to America. She does drama in front of Anandibaa and says that Jai Bala is coming. Anandibaa says that she has to break Aarav and Emily’s marriage to save her presidency.

Dhara shivers and comes home with a baby. Gautam asks her where was she and tells how much worried they all were. He asks her why was her phone switched off and tells her to come inside. The baby starts crying and everyone is stunned. Suman asks her whose baby it is. Dhara is dumbstruck.

Malini mixes something in gravy and offers it to everyone. Jaggu kicks his ball and the gravy falls down. She scolds him and asks what has he done. Narmada is shocked and wonders why Malini became so angry.

Sai and Ashwini search for Pakhi. Pakhi is not present in her room. Ashwini says that she is not in the kitchen. Karishma and Sonali also do not find Pakhi in the old room and terrace. Sai says that Pakhi cannot be traced anywhere. Sonali says that Pakhi must have run away with the baby. Sai is flabbergasted.