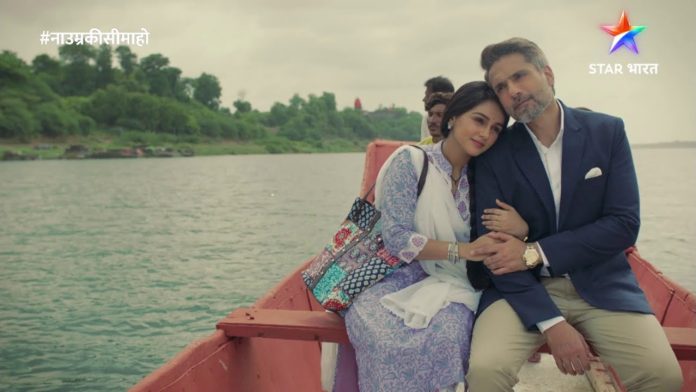 Ajooni Na Umra Ki Seema Ho Woh to Hai Albelaa Spoilers Woh To Hai Albelaa episode spoiler – Kanha waits for a sign Kanha tells Sayuri that she must have realized how much he loves her. He tells that he will not accept defeat. Anjali prepares Kanha’s favorite dishes and feels that he will become happy. Kanha thinks that Sayuri also loves him and wishes she looks at him so that he feels relieved. Sayuri looks at him and Kanha becomes happy. He asks Anjali to not do anything for him and she asks him if Sayuri does it he feels happy.

Rajveer openly invites everyone to his and Ajooni’s engagement next week. He says that Ajooni Vohra will become Ajooni Rajveer Bagga. A lady suggests filing a complaint against Rajveer. Senior inspector Manjeet Singh Cheema goes to Rajveer and asks him if he is so desperate to get married that he will take him to his in-law’s house. Rajveer smiles and looks at Ajooni.

Dev offers a job to Vidhi. The boy’s mother insults Vidhi and says that she is below their status. She asks the matchmaker to search for an alliance of their level. Vidhi’s mother tells her that Dev understands her worth and she will get a guy like Dev who will understand her.

Protests are conducted against Ritesh for betraying the people and a politician says that he will blacken his face and make it viral on social media. Ritesh is alarmed. The politician paints his hand in black color and goes to apply it on Ritesh.

Armaan tells Aditya that the dhaba will be his tomorrow and shows him something on his phone. Aditya shouts at Armaan. Some goons attack Ginni’s family and one of them goes with a knife towards them. Aditya stops him and blood starts coming out of his hand. He bashes the goons.

Kaju tells Pari that it is wrong to not know what are Madhur’s likes and dislikes. Neel questions Kaju why is she bothered about it. Kaju is stunned. Dev warns Kaju that Neel should not come to know that she is not Kajinder but Kaju. Neel spies on Kaju and she becomes alert.