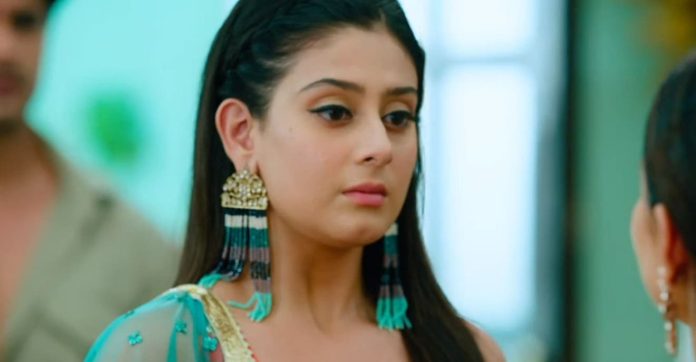 Udaariyaan Jasmin escape plan 6th August 2022 Spoilers Udaariyaan episode spoiler – Jasmine’s Amritsar plan Jasmine’s friend says that she will become quiet but what will she tell her family as they need to know the truth. The police come and arrest Tejo, Fateh, and their family members. They all try to explain to the police but remain unsuccessful while Amanpreet smiles. Jasmine’s friend asks her what she will do in Amritsar. She says that she doesn’t have any other option as she doesn’t wish to become a subject of mockery, insult, or go to jail.

Swaran asks Ajit to stop the car. She sees a guy with a mark on his neck and follows him. She informs Ajit that he is one of the kidnappers as she saw the same guy with a mark itching his neck. She says that Aru is nearby only. Aru is praying. Swaran finds a chocolate wrapper and tells Ajit that she had given it to Aru. She says that Aru is here only but is shocked to see the kidnapper.

Vidhi and Dev go in an auto. The auto driver calls Dev an uncle and asks him if she is running away with the girl. He tells him to shut up. Dev gets up at his house and Vidhi asks for the half auto fare. Dev says that he forgot his wallet and will give her in the office tomorrow. Vidhi smiles and tells ok sir. Dev shows her a thumbs-up.