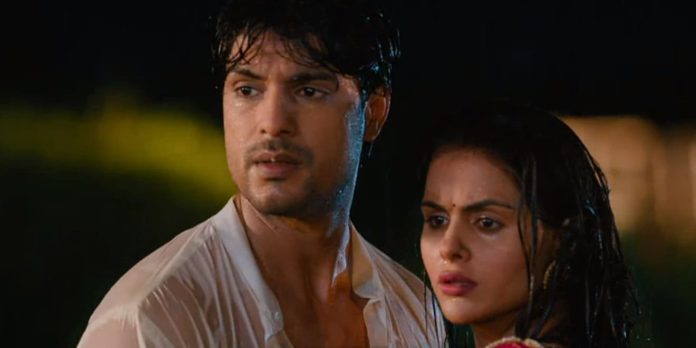 Udaariyaan Tejo terrifies Jasmin 15th August 2022 Colors Spoilers Udaariyaan episode spoiler – Tejo terrifies Jasmine Fateh tells Tejo that it is regarding her bad time of 9 months which no one told her about and the thing that he knows no one else knows. Tejo tells him that now the battle is between the two sisters and only they both will fight. She is determined to not let Jasmine win this time. Tejo locks the door and Jasmine questions her. She lights up a matchstick and goes near Jasmine. She asks her what she is doing and Tejo says that she will burn her.

Simar sees Reyansh bribing the doctor. She asks Aarav for his help and he asks how. She says that she is finding Reyansh’s behaviour fishy and there is something which they are not able to see even though it is in front of their eyes. Simar assures Aarav that she will unveil the secret but before that she has to meet Kavya. She asks for Aarav’s support and he agrees.

Mahira and Yohan get ready for their marriage. Veera smiles at Mahira. The priest asks Mahira and Yohan to do the tilak on their wedding invitation. Minal is very confident that Sejal will come back to her house and blows the conch.

Ajit’s grandson gets ready for the independence day. Aarav wears a soldier’s uniform and asks Kiran if Swaran will come as he wants to salute her. Swaran becomes ready. Arjun says that after a long time he has got a chance to go to school. Swaran happily comes in an auto.