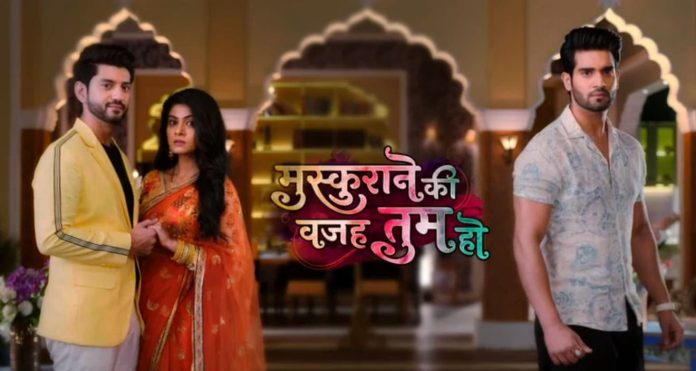 Muskurane Ki Vajah 18th August 2022 Yuvraj payback Muskurane Ki Vajah Tum Ho episode spoiler – Yuvraj to pay back Yuvraj tears a pillow in anger because he had to bear Kabir’s insult at the party due to Katha. He says that now it’s his turn to trouble her. Yuvraj says that he will seek revenge from her for what she did to him. Kabir’s family members become worried for him.

Manini helps Banni to wear her sari. She feels suspicious of Manini’s sweet talks. Alpana says that Banni’s tiffin will not be delivered. Banni becomes worried when she sees all her tiffins present in the kitchen and not delivered to her customers. Manini says that no one must have witnessed a Mooh Dikhai like Banni’s.

Imlie tells Malini that Bhaskar times may be just a business for her but her work is like a prayer for her. She says that if anyone tries to burn the temple then how can a devotee stay silent. Imlie warns Malini that now she will generate fire and says that her betrayal will burn in it. Malini fumes in anger.

Ginni gets married to Aditya by covering her face. He sees Ginni’s locket while applying the sindoor. The priest says that the marriage is over and Aditya is stunned to see Ginni. She cries and looks at him. Rajvant and all the family members are shocked.

Saroj sees Rashmi and Nakul. Sayuri tells Kanha that if Saroj comes to know about Nakul and Rashmi she will become angry. Saroj asks Nakul that if Rashmi loves him she will go to her house to ask her hand for marriage. Anjali is alarmed. Saroj falls down as she tries to free her hand from Anjali.