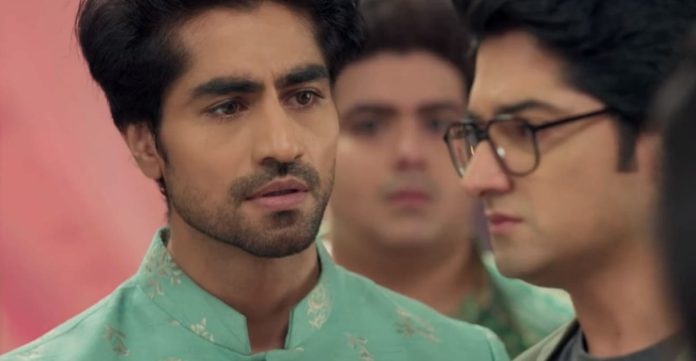 Yeh Rishta 22nd August 2022 Kairav secret hideout Spoilers Yeh Rishta episode spoiler – Vansh hides Kairav Vansh takes care of Kairav. Akshara reaches there and feels bad to see Kairav in this condition. She asks Vansh if not the police let her at least tell Abhimanyu about it. He says that Abhimanyu will call the police but she says that he will not do like that as she will speak with him. The police come searching for Kairav and try to break the door. Akshara tells Abhimanyu that she wants to say something to him.

Nikhil tells Pallavi that if his mother comes to know he doesn’t know what will happen. He says that he is not able to understand what to do. Nandita asks Harsh to reveal everything to his Dadi and finish the drama. He says that they cannot do this and Dadi can die as it is the question of her life. Nikhil’s mother summons everyone and asks them who is Ranbir.

Pishachini enters the Rajput house. She desires to become the youngest daughter-in-law of the house. Rani tries to woo Rocky to trap him in her evil plans. He agrees to marry Rani and she becomes happy. Pavithra feels upset about it and leaves while Rocky looks at her. Pishachini gets all the members of the Rajput family under her control.

Dev suspends Vidhi from her job for lying. She sadly goes to her house but the electricity goes off. Vidhi’s mother informs her that everyone is very keen to meet her boss and asks her if Dev will come before the pooja starts. Vidhi says that he is not coming but sees Dev and feels surprised. Dev apologizes for suspending her without listening to her. Vidhi becomes emotional and nods her head.