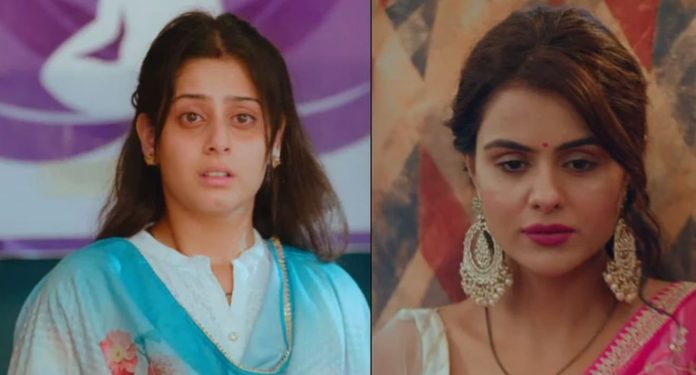 Udaariyaan 29th August 2022 Promo Update Jasmin Tejo meet Udaariyaan episode spoiler – Rupy disowns Jasmine Jasmine introduces Naaz to Rupy. Naaz asks Rupy if he is her grandfather. Rupy melts but says that Jasmine is not his daughter. She is taken aback. Tejo tells Fateh that everyone should know that Jasmine was not pregnant during delivery and Nehmat is not her and Amrik’s daughter. Fateh is stunned.

Yohan goes to the boxing ring and gets bashed by the opponent boxer. The audience laughs at him. Sejal asks him to get up. Yohan asks her not to touch him or else the wounds will become deeper instead of healing. She asks him why does he hate her. He tells her to stop the drama of losing memory as he wants his baby and not her. Yohan asks her to give his baby to him and go wherever she wants.

Manmeet taunts Rajkumar for being a son of a millionaire father who has neither talent nor ambition. Rajkumar gets pissed off. She informs him that she had joined the company as a trainee and now she is the CEO. Rajkumar mocks her and asks how much she will talk.

Dhanraj tells that he knew about Sayuri’s talent but didn’t know Rashmi is equally nice. Saroj is stunned. Sayuri says that Rashmi is better than her. Rashmi says that she is Sayuri’s shadow from childhood and will go wherever Sayuri goes. Saroj is irritated. Saroj’s sari catches fire and Sayuri extinguishes it with her hands. Saroj is alarmed.

Neetii’s health deteriorates. Rajeev says that Neetii is his life and cannot leave him and go. Parineet is in shock. He says that their love is not so weak which will break easily. He says that he is with Neetii and will always be there for her. Neetii dies while Parineet becomes unconscious.