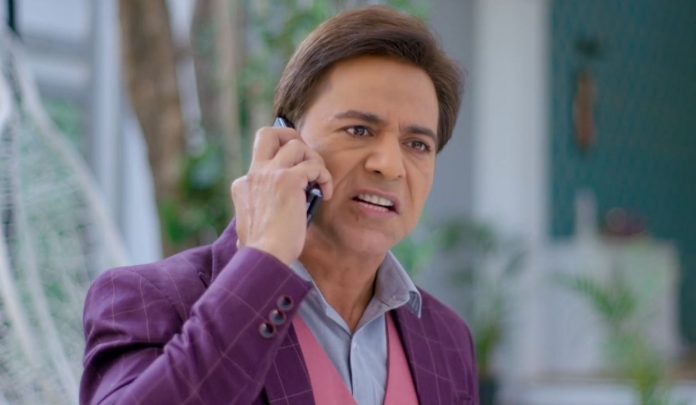 Yeh Rishta 5th September 2022 Manish insults Abhimanyu Yeh Rishta episode spoiler – Manish insults Abhimanyu Manish throws Abhimanyu out of his house and worries that Akshara is already paying for protecting her brother and he doesn’t even know her whereabouts and whether she is even alive. He taunts Abhimanyu that he has fulfilled the duties of a brother quite well but he failed as a husband. Abhimanyu is very angry and throws away his bag and jacket. Shefali calls him and asks him as to why he had to leave so suddenly. He hears Akshara singing in the background and is surprised because the voice sounds familiar to him.

Everyone celebrates Sejal’s baby shower. A lady informs Veera that it is the right time to call Sejal’s mother and ask her to remove off the evil eyes. She asks her where is Sejal’s mother. Veera is speechless. Minal and Saras come and start pampering Sejal. She starts coughing vomit and falls unconscious. Yohan picks her up in his arms and rushes off while Mahira smiles.

People from Bomb Squad arrive and try to defuse the bomb from Tara’s body through coding. They ask everyone to move aside but Pakhi is reluctant to leave Tara alone. Agastya takes her aside forcefully. Time keeps running fast and everyone becomes worried.

Muskuraane Ki Vajah Tum Ho episode spoiler – Kabir flirts with Katha:
Kabir calls Katha and she is shocked. He asks her if she is feeling shy. Katha says that she was just going to sleep and blushes again. Kabir teases her that she is feeling embarrassed as if he caught her stealing. Katha smiles. He asks her if she was missing him and she says yes. Kabir asks Katha to tell him I love you. She is surprised while Kabir smiles.

Woh Toh Hai Albelaa episode spoiler – Rashmi goes against Sayuri:
Kanha tells Sayuri that he has got a wonderful idea to patch things up between her and Saroj. He suggests giving her a grandchild. Saroj tries to manipulate Rashmi by saying that Sayuri is holding onto her happiness because she is jealous. Rashmi explains to Indrani and Bhanumati that her happiness and dreams would be fulfilled and that both families would come closer but ego has come in between. Sayuri listens to this and asks whose ego Rashmi is talking about.