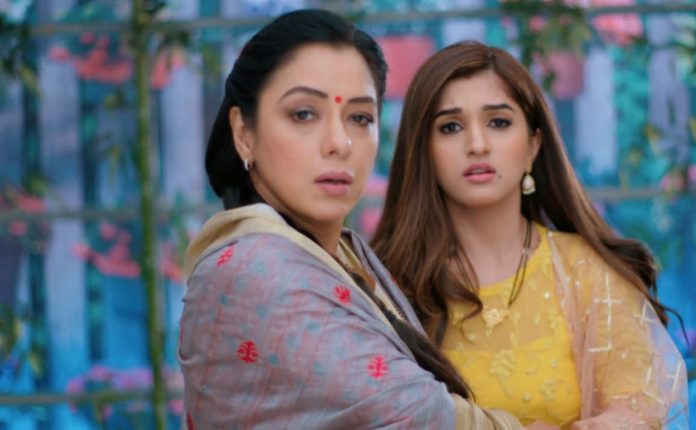 Anupama Paritosh tricks Kinjal 14th September 2022 Spoilers Anupama episode spoiler – Paritosh tricks Kinjal Paritosh promises Kinjal that he will be the best husband and father of this world. But also adds that he might return home late and takes a promise from her that she will not doubt him or get angry with him. Anupama listens to his words and walks angrily towards Paritosh.

Sayuri, Kanha, Rashmi and Nakul are making Ganesh ji’s idol. Dhanraj tells Saroj that all four of them are like the wheels of a car. If any one wheel gets separated then the car will be useless. Guests ask Saroj to make them meet her daughter in law. Saroj introduces only Rashmi and says that the bunch of house keys will soon go to her.

Sai and Virat are fighting with Gulabrao’s goons in order to save Savi. Gulabrao points the gun at Savi. Virat and Sai are shocked. Savi is seen crying and Sai shouts at Virat to save their daughter. He runs to save Savi but Gulabrao fires the bullet. Sai is left dumbstruck.

Ginni laughs at Aditya when the flour falls on his head. He angrily storms towards Ginni. Amber tries to burn the diary but Ginni sees him and he immediately hides the diary. Amber is shocked to see Ginni walking towards him.

Spy Bahu episode spoiler – Veera-Mahira’s secret graveyard:
Veera tells Mahira that Yohan’s mother loves her a lot and died for her. Mahira asks her to hurry up as it is risky. Mahira asks her where are they taking the skeleton to. Veera says that they have to take her to a secret graveyard. They both leave hurriedly in the car. Yohan is seen standing there in shock after listening to Veera and Mahira’s conversation. He is heartbroken when he recalls Veera telling how she killed his mother.

Na Umra Ki Seema Ho episode spoiler – Is Vidhi in love?:
Vidhi tells Sangeeta that till yesterday she used to only hear Dev’s voice but today she is seeing him too. Sangeeta informs her that Dev is indeed coming towards them. Dev smiles at Vidhi and leaves. Vidhi behaves weirdly at home and office. Sangeeta asks Vidhi if she is in love. Vidhi smiles alone at home.