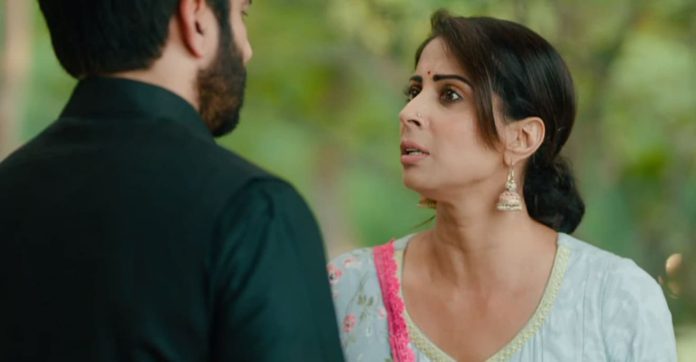 Swaran Ghar 14th September 2022 Update Swaran Ajit love Ajit tries to apologize to Swaran for having feelings for her, but tells that he can’t lie to her for long. He admits that he has feelings for her since their childhood. Swaran responds in anger, and dismisses his love. Ajit tells that they gave up when the fate didn’t unite them. She tells that they fate was connected to their life partners, they can’t change the fate. She asks him why is he standing at that point of life, when the life has moved on. He tells that the fate wants to unite them so the fate got him back in her life. She asks him not to lose his mind, else she will lose their friendship. He tells that he is very sure of his feelings for her, which can never change under any circumstances.

On the other hand, even Arjun is thinking of proposing Swaran and confess his feelings to her. Swaran tells Ajit that she doesn’t want to know what he had in his heart in the past, she just wants their present to be care, she just cares for their present. Ajit tells her that he told her everything true about his feelings, he just sees her everywhere. She asks him not to talk such awkward things. He tells that he won’t ever repeat his feelings in front of her, if she wants so but he wants her promise that she will never break their friendship and never make him apart. She tells that she isn’t making him away, its his own actions and feelings. The duo try to clear their stand, and find Arjun around. Arjun is shocked to learn that Ajit has feelings for Swaran. Will Arjun really learn the truth or stay ignorant of their relation? Keep reading.

Reviewed Rating for Swaran Ghar 14th September 2022 Update Swaran Ajit love: 4/5 This rating is solely based on the opinion of the writer. You may post your own take on the show in the comment section below.