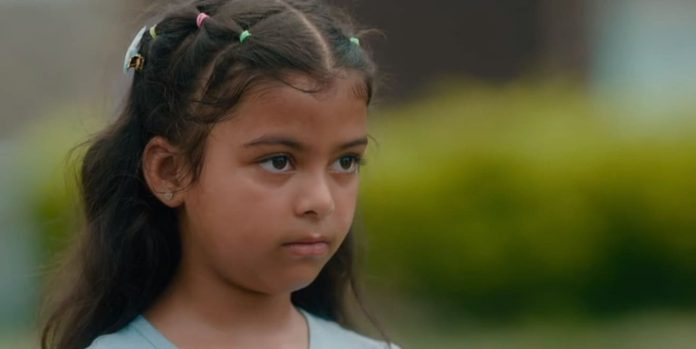 Udaariyaan Naaz desires Ekam 15th September 2022 Udaariyaan episode spoiler – Naaz desires Ekam Nehmat comes to gurudwara to worship but someone steals her sandals. Ekam gives her his shoes and asks him to thank him. She says that she doesnt care and he says that she is very egoistic but still he likes her a lot. Naaz becomes jealous and breaks a glass bottle. She purposely steps on it. She says that she wants everything which belongs to Nehmat and Ekam too. Ekam sees Naaz injured and carries her in his arms.

Swaran Ghar episode spoiler – Ajit troubles Swaran:
Swaran tells Ajit that she doesn’t care what relationship they had 30 years back as at present everything is different. Ajit tells Swaran that he has confessed his love and sees only her everywhere. She asks him to stop and not behave like this. Ajit assures her that he will not talk like this but asks her to promise that she will not leave him and go. Swaran says that he is only spoiling everything. Arjun enters. Swaran and Ajit are stunned to see him.

Muskuraane Ki Vajah Tum Ho episode spoiler – Manyata commits suicide:
Uma tells Katha that she will not let Yuvraj spoil Manyata’s life at any cost. Manyata slits her wrist. Kabir accuses Katha for doing this to Manyata and breaking her heart. He says that she came in between Kabir and Manyata who love each other. He tells that they are no one to interfere in their lives or take decisions for them. Katha is shocked. Yuvraj says that soon a new twist will come in the story.

Harphoul Mohini episode spoiler – Raid at Balwant’s house:
Harphoul tells the police that Balwant is a very wicked person. The inspector says that he only needs 8 hours to hunt down Balwant. Harphoul and Mohini perform Goddesses’ pooja along with their family members. The team of police reach Balwant’s house and start searching for proof.

Sanjog episode spoiler – Alok brings Chanda:
Tara gets a nightmare and shouts loudly. Amrita asks her what happened and she says that she got a dream that she will leave her go. Amrita hugs her tightly and says that she can never leave her and go. Alok brings Chanda and informs Amrita that she is her real daughter and not Tara. Amrita is stunned when Tara and Chanda call her a mother at the same time.