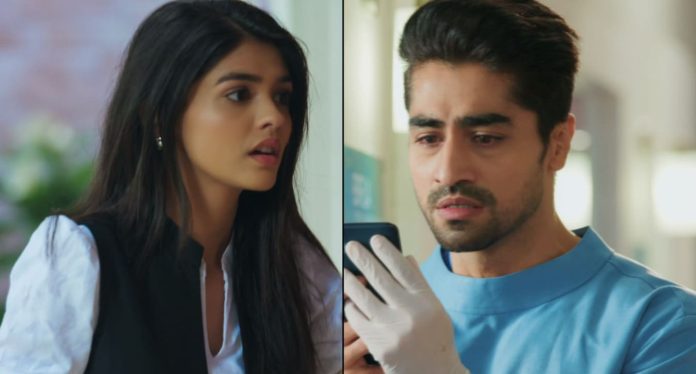 Yeh Rishta Abhira rift 21st September 2022 Written Update Mahima continues opposing Akshara. Abhimanyu has faith over Akshara’s reason and wants to know it. Manjiri suffers an attack, when Abhimanyu rushes to meet Akshara. Akshara refuses to sing for Maaya. She confronts Kunal. Akshara leaves from the venue, just when Abhimanyu enters the place. She just has 30 minutes to meet Abhimanyu. She calls the detective to know about the evidence copy. Abhimanyu stops when he hears Maaya taking Akshara’s name. Maaya cries that Akshara cheated her and left, ruining her life and career entirely. Kunal consoles Maaya. He tells that he has asked the organizers for some time. Abhimanyu remembers that Kunal had lied to him. Kunal promises Maaya that he will get Akshara back and he will make her sing for her. Abhimanyu loses his cool and bashes up Kunal. Akshara contacts the detective to talk urgently. Abhimanyu asks Kunal why did he lie to him about Akshara.

Abhimanyu calls it a lie. Kunal tells that he isn’t lying, Akshara saved Kairav by leaving everyone else, she didn’t care for Abhimanyu. Akshara asks the detective to keep trying to arrange the proof. Abhimanyu receives a shocking news about Manjiri suffering an attack. He rushes to the hospital. Abhimanyu and Mahima attend Manjiri. The detective gives the evidence copy to Akshara. She thanks him. He tells her that he doesn’t have any other copy now. Akshara runs to meet Abhimanyu.

Anand worries that Manjiri isn’t responding to the treatment. Abhimanyu and entire family get worried for Manjiri. Anand tells that Manjiri can slip into coma. Rohan suggests that music therapy can help Akshara, Manjiri is missing Akshara, and they shall bring Akshara for the music therapy to save Manjiri’s life. Akshara reaches the Birla house and finds it locked. Abhimanyu tries contacting Akshara. She decides to keep the evidence in Abhimanyu’s room. Abhimanyu contacts Akshara to meet her. She returns to Goenka house.

Reviewed Rating for Yeh Rishta Abhira rift 21st September 2022 Written Update: 4/5 This rating is solely based on the opinion of the writer. You may post your own take on the show in the comment section below.