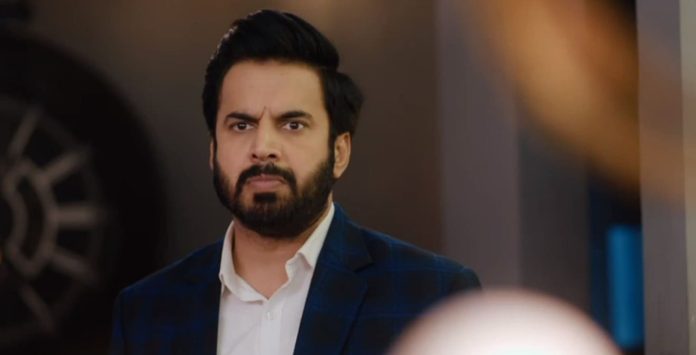 Swaran Ghar 11th October 2022 Written Update Ajit’s promise Vikram and Nakul get furious and refuse to give their permission for Swaran’s new beginning with Ajit. They criticize her for cheating Kanwal. Vikram grows much furious when Bebe also supports Swaran’s decision of marrying Ajit. He refuses to accept Ajit in Kanwal’s place. He yells at Swaran and declares that he is ending all ties with her. He tells that Swaran is dead for him from now. Bebe doesn’t want Swaran to sacrifice her happiness for the sake of her selfish sons. She takes Swaran home. Swaran is disturbed with Vikram and Nakul’s disapproval. Swaran looks after Bebe and gives her medicines. Ajit stays worried for them.

Bebe tells that Swaran has chosen a tough path. She doesn’t think that Vikram, Nakul and Yug will agree to Ajit and Swaran’s marriage. Swaran asks her not to worry. Ajit gets the bangles for Bebe and makes her laugh. She calls him mad. She tells that she is already convinced that he is the best person to walk with Swaran on the paths of life. She asks him to give the bangles to Swaran. Ajit and Swaran apologize to each other. She regrets that she has publicly told about her feelings. He feels proud that she stayed firm on her stand. He asks her if she thinks the children will agree. She asks him to talk to his children first.

He doesn’t think they will understand him. He worries that everybody will misunderstand him. She tells that they have to get strong to tolerate the people’s taunts and also the society’s anger. She doesn’t want to upset the children. He can’t tolerate anyone speaking against Swaran. She asks him to take Tanha’s help. She tells him how Arjun supported her and gave her strength. She tells that even Ajit should go live on Tanha show. She adds that Goldie is a kind person, they should take his help. Ajit asks Swaran not to worry about her age. He still finds her innocent Swaran of their childhood. He promises to never leave her and go away.

Reviewed Rating for Swaran Ghar 11th October 2022 Written Update Ajit’s promise: 3/5 This rating is solely based on the opinion of the writer. You may post your own take on the show in the comment section below.