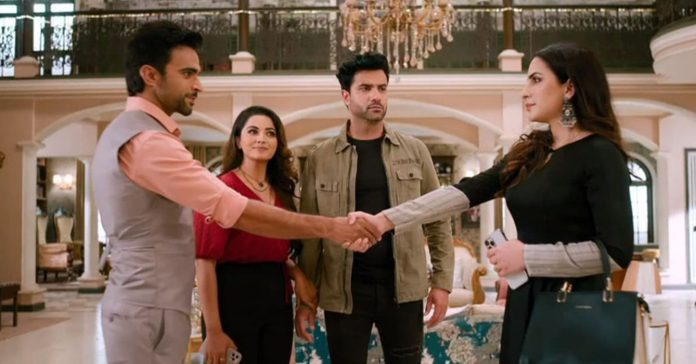 Swaran Ghar 12th October 2022 Update Vikram Rajeshwari deal Rajeshwari can’t see Arjun broken. She makes a plan to get Swaran for Arjun. She decides to stop Swaran and Ajit’s relationship from forming with the help of Swaran’s sons. Arjun supports Swaran and Ajit’s love story. Ajit takes his help to go live on Tanha show and confesses his feelings for Swaran. He attempts to win his children’s consent. Rajeshwari plots to prevent Swaran from marrying Ajit. She goes against Arjun. Ajit reveals about his feelings for Swaran. He upsets his children. Jai and Ankita understand him to a level, but Divya doesn’t comply. Ajit tells Divya that he can’t lie to her and live under the burden.

He knows its difficult for everyone to accept his relation with Swaran. He gains courage to tell Divya about his love. Divya feels ashamed of him. She is sure that even Jai won’t agree. Jai shows his maturity and accepts Ajit’s decision of starting a new life. He supports Ajit and wants his happiness. He accepts Ajit and Swaran’s relationship. Ajit is surprised. Vikram’s mistake angers Nakul. Kiran proposes a solution to Swaran’s problem. Ajit tells Swaran that Jai has no objection with their relation. She calls him lucky to get a son like Jai. Rajeshwari joins hands with Swaran’s sons.

She tells that she is the solution for them. She is ready to clear their loans. She shocks them by keeping Arjun’s proposal in front for Swaran. She tells that Arjun loves Swaran and wants to marry her. Vikram finds a big opportunity in this. Nakul tells that Swaran won’t marry anyone. Vikram tells that he will convince Swaran to marry Arjun. Ajit tells that Yug will understand Swaran and support her. Vikram and Nakul have a deal with Rajeshwari. Keep reading.