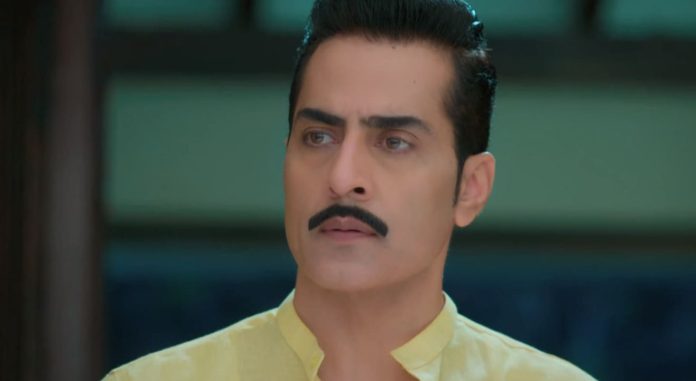 Anupama Vanraj breaks down 19th October 2022 Update Pakhi gets super stressed after the revelations made in front of the family. Anuj and Ankush lay their anger on Adhik. Adhik tells that he really loves Pakhi, the family should understand this. Vanraj is sure that Anuj would have known the matter from Barkha. She messages Anuj that she is in Shah house. Vanraj gets sceptical watching the tension on Anupama and Kavya’s faces. Pakhi wishes that Leela recovers soon, nothing should happen to Leela because of her.

Ankush asks Adhik why did he take Pakhi to the resort. Adhik tells that he took Pakhi there just to talk, he wants to marry Pakhi, he will marry her, he doesn’t care if anyone likes his relationship with Pakhi or not. Barkha tells that she is afraid of Vanraj’s anger. Leela’s condition gets worse. The family worries for Leela. Vanraj wants to find out the matter disturbing Leela’s mental state. Hasmukh breaks down. He wants his life partner in the last phase of his life. He tells that he can’t live without Leela. Anupama calms down Hasmukh and makes him have the medicines.

Vanraj looks at Anupama and Kavya to get the answers. He asks them to come out for a talk. Anupama gets courage when she speaks to Anuj. Anuj promises to always be with her to fight life’s every problem. Later, Anuj meets Shah family. Leela gains conscious and tells Vanraj that Pakhi has ruined the family respect. Vanraj shouts on Kavya and asks her to just say, what happened there. Kavya tells him that Pakhi and Adhik stayed at the same resort, but they just occupied one room. Vanraj is shocked to learn about Pakhi and Adhik’s affair.

Reviewed Rating for Anupama Vanraj breaks down 19th October 2022 Update: 4/5 This rating is solely based on the opinion of the writer. You may post your own take on the show in the comment section below.